“When it is a normal death we can pay tribute but when it is a death like Gauri’s, it has created voices to fight against forces that killed her,” said Prakash Raj. 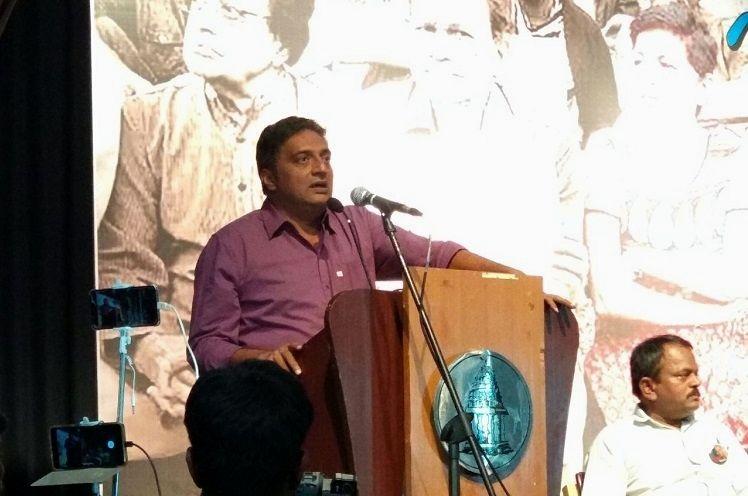 “Gauri’s voice hasn’t been silenced, it has become louder,” said actor Prakash Raj, who was speaking at an event in Bengaluru to mark slain journalist Gauri Lankesh’s 56th birth anniversary on Monday.

Elaborating on why her voice will grow louder, Prakash, a long-time friend of Gauri Lankesh said, “Gauri is inside all of us. History has told us that when those who speak for society, and against injustice die, their voice isn’t silenced. It sprouts new voices like trees.”

The actor observed that like the death of Rohith Vemula, a Dalit scholar from University of Hyderabad or the assault of Dalits by upper caste cow vigilantes in Una, Gujarat, Gauri’s killing has created new voices to fight the forces that killed her.

“To those who celebrated Gauri’s death, we have just laid her to rest. Her death turned in to voices and bigger voices and that is the reason for this gathering. Few deaths are like that, it doesn’t kill but creates. (Rohith) Vemula’s death created Kanhaiya Kumar, Shehla Rashid. The death of Dalits created a Jignesh Mewani. When Gauri is silenced, I and many like me are created. When it is a normal death we can pay tribute but when it is a death like Gauri’s, it has created voices to fight against forces that killed her.”

Stating that he is still haunted by his friend’s death, Prakash said he wished to seek Gauri’s pardon for not raising his voice until now. He also admitted that he was inspired to raise his voice due to his friend’s death. “When Gauri is killed, I am created. Why me? I know Gauri for 35 years. But when they killed her I realized I didn’t know her,” said Prakash.

While noting that fascist forces in the world have not lasted long, Prakash Raj said, “They may be here today. But they will go in five years.” He ended his speech by asking those present to not only speak up but also take to the streets in protest. “On Gauri’s birthday I am also born. I will say sorry to her always and raise my voice till the end,” added Prakash.

Following her death, Prakash Raj has become a vocal critic of Hindutva politics, taking to Twitter to lash out at the BJP-led Centre including Prime Minister Narendra Modi, and Uttar Pradesh Chief Minister Yogi Adityanath.