Pranay’s murder and opposition to inter-caste unions: Why is the state not doing more?

Political parties are aware that they cannot come to power without the support of Dalits, and yet, they don’t take a serious stance on these atrocities and killings. 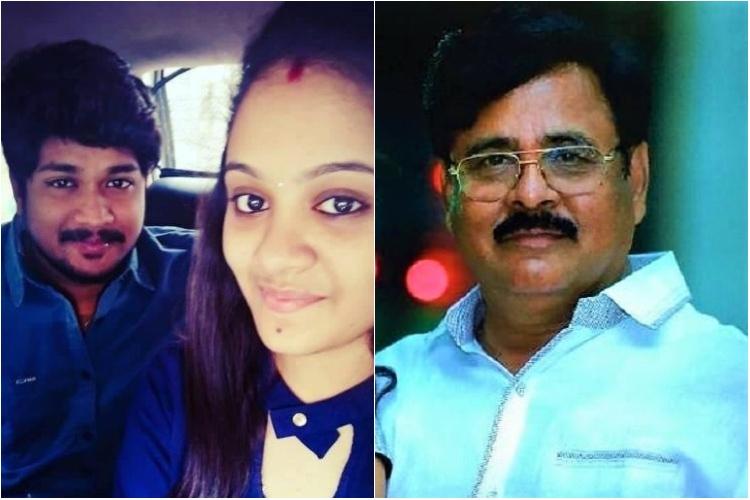 Pranay’s murder, a consequence of the patriarchal institution of marriage, was also perpetuated by caste arrogance – something that is normalised in society. There are two important factors to be considered when we try to engage with what is commonly called “honour killing”. First, the gender and caste question. And second, positioning “honour” above an individual’s right to self-respect. Both patriarchy and caste are socially venomous systems which create the hierarchical notion of “honour”.

The fundamental question is this: Why are families, communities, and the society so challenged by the love between two individuals and their decision to marry?  This is because what we call “love marriage” is a kind of public statement that says the choices of individuals are paramount, and are independent of societal and cultural norms. This “public” nature of love and love marriage destabilizes all the social institutions – namely, patriarchy, caste, class, and arranged marriage. As a result, the actions of individuals in love are subjected to social judgment.

Society identifies these couples as “deviants” and their families are shamed for their actions. Such families think that “honour” can be restored by killing the people who are responsible for this “shame”. This kind of crime has very dangerously gained symbolic weight and has undesirable ramifications for society at large. However, “washing shame with blood” is not an act which restores “honour” but a crime according to law. Calling a caste killing as an “honour killing” helps to deconstruct the term but also ends up validating it. And by validating the killing, one not only justifies the crime but also patriarchal ideas that subordinate women and the caste system that is rooted in inequality.

In such a society, these criminals are seen as “protectors of honour” and are glorified, making them exhibit their sense of impunity. A society which does not take an unequivocal position on these matters is equally responsible for the crime. The collective silence will only pose serious danger to our collective future. Those who justify these acts – overtly or otherwise – are social criminals, too.

Love, by nature, doesn’t (or does not have to) follow societal or cultural norms. The society that treats certain castes as privileged over others, which infantilises individual’s choices (especially those of women) in matters of marriage, which is suspicious about love and covers its bigotry in the name of culture, and says the “honour” of a family is dependent on controlling women’s sexuality, does not understand this. However, these norms are not rules which individuals need to follow.

What is the state doing?

Crimes of this kind violate all the important rights of an individual. In cases of ‘legally allowed but socially unaccepted’ issues, the state’s role is very crucial to bridge the gap between the society and legality. Because, the state’s role is not only to uphold the constitution but also bring the society in line with the constitution. But if traditional-cultural morality prevails over constitutional morality, the question to be asked is: What is the state doing? Is it that the state is incompetent? Or is it that the state is complicit in this? Why is it that these caste-based atrocities and killings consistently happen although almost all political parties speak of Dalits and their rights?

Caste killings are not only a social issue. They also raise a serious political question. Political parties are aware that they cannot come to power without the support of Dalits, and yet, they don’t take a serious stance on these atrocities and killings. The reason could either be that they don’t seem to know how to take a firm moral stand on such matters without disturbing their upper caste sentiments or that they don’t want to get involved at all. Given that the “ruling class” comprises upper caste and upper class people, one is not surprised by the lack of seriousness in dealing with caste killings despite how common they are. A state that doesn’t proactively promote constitutional morality in general, and doesn’t have a moral standing on this issue, is equally culpable.

In this context, the role of the Dalit movement and Dalit politics is very important. Though representation is a sign of success for the consolidation of Dalit politics, it has failed to persuade political parties and the state to take a very firm stand on these crimes. Further, they have not done enough to transform societies on cultural lines. In other words, the slogan “Rajyadhiakram Anthima Lakshyam” (Political power is the ultimate goal) has, unfortunately, reduced Dalit politics to the level of ‘mere representational politics’ instead of being ‘both representational and reformatory politics’.

As Dr. B.R Ambedkar has said, the political representation of Dalits is meaningless if there is no social transformation on caste matters. It is by now clear that political power doesn’t automatically translate into social transformation when it comes to caste. Mere representational politics has led to a situation where the larger society feels it can engage with Dalits politically but when it comes to culture, marriage, and caste, Dalits are not considered equals. The caste hierarchy remains intact and these cultural boundaries cannot be encroached and if they are, it’s seen as a threat and will not be tolerated.

As long as this situation persists at the societal level, caste atrocities and killings will continue to happen because they are seen as the problems of “encounter of cultures”. Society’s response to love marriage, in general, is problematic. However, it is more accepting of love marriage matches between upper caste and upper class people. When it involves a Dalit, however, the person’s class position does not matter – it is simply not considered acceptable. One must understand that knee-jerk condolences and candlelight marches for caste killings do not resolve the issue.

As a matter of fact, Dalit histories and lived experiences were never and are still not a part of school or college curricula. It is possible that in the present education system, which is segmented along class-caste lines and is obsessed with job-oriented curricula, the question of caste (and for that matter, gender) will never reach the classroom. So, genuine and consistent engagement with Dalit issues has to be there at different socio-cultural spaces.

Otherwise, these constitutional guarantees and political representation, will end up merely as tokens for the average Dalit.

Because, it’s not just about the Pranays or Manthani Madhukars. It’s also about Sai Deepthi, a 9th standard Dalit student who committed suicide after being humiliated by the principal for not being able to pay the school fee of Rs 2000. It’s also about T Kavitha, a Dalit girl who mortgaged her earrings for a bus ticket for the NEET exam; Rishidev, a landless Dalit man who was forced to bury his wife, who’d passed away, inside his house after villagers refused to grant her some space; countless others who don’t easily get a house on rent unless they hide their Dalit identities and many, many more. In other words, it’s not just about caste killings, it’s also about the day to day lived realities of structural violence and the persecution of Dalits.

Pranay’s bereaved father asks this, “Is being born into a low caste a crime?”(Thakkuva Kulamlo Puttadame Neramaa?) Kulam (caste), and its practices are a crime, not a person’s birth.

Raviteja Rambarki is pursuing his Ph.D in Sociology at the University of Hyderabad

Why is Modi govt bailing out the rich promoters of SpiceJet with our money?
Mumbai- Lack of open space now green violation
Congress wins Chitrakoot by-election, defeats BJP by over 14,000 votes
96 Years Ago - Rosa Luxemburg was murdered in Berlin