NEW DELHI: Prashant Bhushan has described the BJP‘s prime ministerial candidate, Narendra Modi, a “puppet in the hands of Reliance (Industries) ” and said that his party will take Modi head on in the Lok Sabha polls in April and May this year.

The AAP has refrained from articulating its stand on the BJPleader or Gujarat‘s governance, except for allegations made a year earlier that the Gujarat CM is favouring Adani Groupfor supplying electricity, even as cheaper power tariffs were offered by the state-owned Gujarat Mineral DevelopmentCorp. But, with the party setting its eyes on the Lok Sabha elections, this would change Bhushan, a member of AAP’s Political Advisory Committee (PAC) told ET. 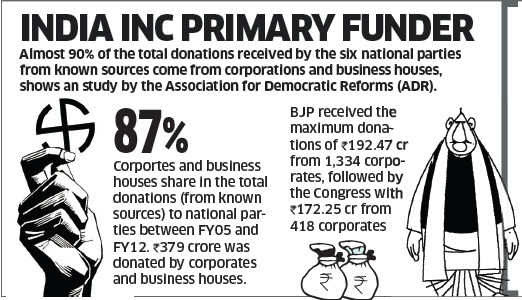 “His (Modi’s) talk on corruption is bogus. We (the AAP) consider him to represent the same kind of corrupt politics that we have seen in this country and have already exposed his corruption in the Adani case. And why is Modi silent on the gas pricing dispute which is one of the biggest scams today? If you listen to the Radia tapes you’ll see that the BJP leadership is nothing but a puppet in the hands of Reliance and Modi is part of this corruption,” he said, referring to the conversation between Rajya Sabha member of the Janata Dal-United (BJP’s ally at that point) NK Singh and Niira Radia on getting BJP to replace Arun Shourie as the lead speaker in the Upper House to change the course of the discussion on gas pricing in July 2009 in favour of RIL.

Yogendra Yadav, widely regarded as the new party’s chief strategist, echoed Bhushan’s views on Modi, though his tone was softer. “It’s not a question on whether we will raise Modi’s corrupt practices because we have already done it. We were the first one to talk about it when we raised the Adani issue. 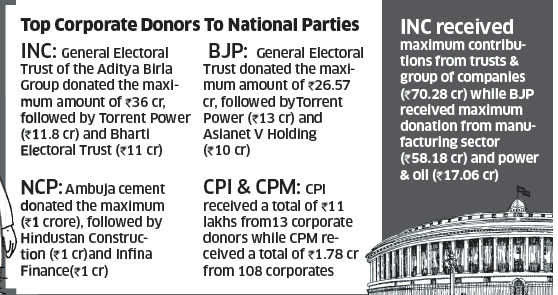 As and when the need arises, we will talk about it again”. Alleged snooping by Gujarat government agencies would also be brought to the fore during the election campaign, Bhushan said.

“He used the state’s security agencies to snoop on innocent people and destroy the career of honest officers like Pradeep Sharma. Amit Shah, a man with murder charges against him is his lieutenant. He didn’t allow the Lokayukta to be formed in Gujarat.

Closer to the Lok Sabha elections, we will raise these issues and tell everyone what we think about Modi,” the activist lawyer said. After the Delhi assembly elections, AAP has seen its membership in the western state increase to around one lakh from 6,000 members.

Apart from BJP MLA and social activist Kanu Kalsariya, senior academicians, and former bureaucrats, among others, have joined the party in the state in recent times. Gujarat, according to Bhushan, is one of the states AAP expects to do well in the upcoming polls. Bhushan has been an old antagonist of the RIL, having filing a PIL in the 1990s against the award of the Mukta-Panna oil and gas fields. RIL has two industrial complexes at Hariza and Jamnagar in Gujarat.

Rajasthan HC stays university move to suspend Jodhpur professor for organising lecture #Goodnews
Without universal health coverage, #worldhealthday means nothing to India
We Have the Renewable Energy We Need to Power the World—So What's Stopping Us?
Bengal Faces Apathy Amid Crippling Flood: Another Bongo-Bhongo?