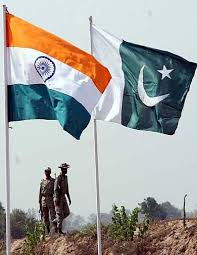 *APPEAL * *FROM THE CIVIL SOCIETY OF POONCH TO THE GOVT. OF INDIA AND PAKISTAN*

Peace process means different things for the people living
in different parts of Jammu and Kashmir. For the people residing alongside
103km long LOC in Poonch region, ceasefire of 26 November 2003 had brought
peace,securityand created conducive atmosphere fordevelopment in border
areas. This was important as this region and   the people and their
socio-economic needs had remained neglectedfor 58 years,due to continues
firing and shelling across the LOC. These conditions had subjected people
to limitless pain and sorrow, Death and injuries and filled their life with
miseries and tension before ceasefire. *

*However  in November  2003, For the first time after 58 years, the people
of border areas got relief from war like situation. When the LOC CBMs were
introduced in 2005, and the cross LOC bus service started. It provided
opportunities for the divided families to meet their relatives after
decades. In 2008 tradersfrom both side of the LOC were able to
establishtrade relations. Thus an atmosphere of peace and hope was created
during the past ten years and the people residing alongside the LOC started
the journey of progress and prosperity.*

*                However in last few days this peaceful atmosphere has been
disturbed due to unfortunate incidents of firing and brutalkillings across
the LOC at various places in Poonch and Uri areas. These incidents have
shaken the confidence of the people. There is a lot of tension and panic
among the public.We the people of border areas who have enjoyed the fruit
of peace and the LOC CBMs following  the ceasefire on the LOC donot want
the escalation of the situation and lives being disturbed as a result
ofmore killings.*

*The members of civil society of Poonch would like to make a humble appeal
to Governments of India and Pakistan to take immediate steps towards the
restoration of peace on the LOC and implement in letter and spirit the
ceasefire agreement of November 26, 2003.

We urge that all efforts be made to defuse the tension on the LOC and restore trade venture and weekly bus
servicefrom Poonch –Rawalakote routeso that  we the people of border areas
can live in our houses and localities near the LOCwith a sense of  peace
and security in conducive atmosphere. This, we believe is in the utmost
interest of the people residing on both the sides of LOC.*

*Name of the signatories*