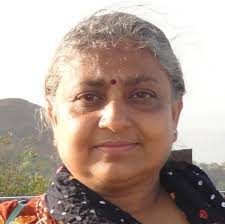 • Gujarat Government craks down on right to freedom of expression.

• Activist and villagers detained and house arrests in wee hours of
the 31st morning.

• Gujarat Government says tribals and activists do not speak up when
CM is around or go to jail, at Kevadia.

On 30 October 2013, we 4 activists, Rohit Prajapati, Trupti Shah,
Amrish Brahmbhatta, Sudhir Biniwale, were put under house arrest by
Rajpipal police even before they had reached venue.

They were followed by police vehicles right form Devalia chokadi when
they were travailing from Vadodara to Rajpipala. When they reached the
place in Rajapiala there are as standing guards out side the place as
if they are criminals. No policemen talked with them why they are
doing so, what are the charges against them.

Meanwhile our activists and villagers from more than 7 villages are
being detained from their homes by the police, again without pressing
any formal charges. At midnight our activist Lakhan Musafir, Dhirendra
Soneji, Dipen Desai, Rameshbhai Tadvi from Indravarna village,
Shaileshbai Tadvi form Vagadia village, Vikrambhai Tadvi and 2 others
form Kevadia and other villagers were detained illegally to create
atmosphere of terror inside villages to prevent planned well-announced
peaceful hunger strike in villages.

As we are writing this at 6 a.m. on 31st morning so far we know at
least 10 people from 5 villages are detained and taken to various
police stations.

We fear further more police action shortly. This press release is to
communicate that we activist and villagers had only announced symbolic
protest in our own houses by staging day long hunger strike. Note, we
were not to assemble at any public place or sit on dharana at any
public place. The sit on protest in our own home is aimed at
protecting our land, forest, livelihood, river, (jan ,jangal jamin,
nadi, janavar). Only because the Gujarat chief minister Mr. Narendra
Modi is schedule to preside the program for his plans for what he
called the world’s largest statue, ‘The statue of Unity’. We had been
denied the fundamental right to express our rights even in our own
home. The statue of unity comes at what cost whose cost?