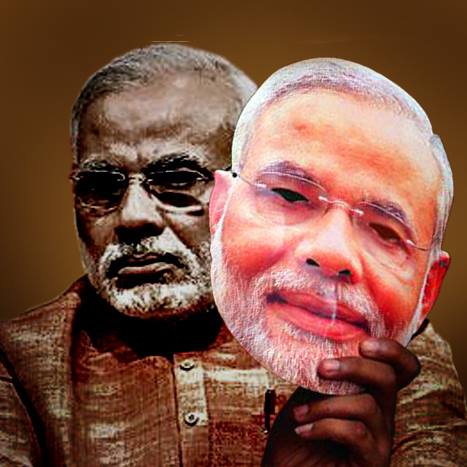 We, the British Indian Muslims, are writing this open letter to you, sirs and Madam, in utter disgust at the invitation by Labour and Conservative MPs to one of the mostcontroversial and polarising Indian politician, the Gujarat Chief Minister Narendra Modi, to visit UK.

This move will encourage extremism in India, will set a dangerous precedent in British politics and will go down in history as yet another shameful blunder by British politicians— and by the British Government if a visa is issued to Modi — to please and encourage a fascist as was committed by Prime Minister Chamberlain who tried to appease Hitler in 1939.

In case this comparison is attributed to our emotionalism and is interpreted as farfetched please allow us to quote from the leaked report of British High Commission in India according to which the pogroms in Gujarat in 2002, “had all the hallmarks of ethnic cleansing and that reconciliation between Hindus and Muslims is impossible while the chief minister remains in power.” It further said, “far from being spontaneous” this massacre, “was planned, possibly months in advance, carried out by an extremist Hindu organisation with the support of the state government.” (Emphasis added) (http://news.bbc.co.uk/1/hi/world/south_asia/1951471.stm )

This may sound very undiplomatic but the seriousness of the matter impels us to say that through this gesture a very wrong message is being given that might is right andeconomic interests come before principles.

We are not unaware of a powerful BJP lobby, supported by Barry Gardiner the Labour MP from Brent North, doing PR work for Modi in UK. In fact in his election campaign Mr Gardiner even shamelessly published a testimonial from Modi on his website claiming, “Gujarat has no greater friend in Britain than Barry Gardiner.”

Let us ask a blunt question if the attitude of Labour party, Conservative party and of the British Government had been the same if a Muslim MP had acted in such an unashamed fashion and lobbied and supported a figure with the record of allowing and supporting the massacre of minorities in a his country? And through this open letter this is an open question to every conscientious British politician to give a serious thought to.

Please allow us to quote from the letter of Minister of State Rt. Hon Hugo Swire MP sent to us in response to our communiqué to Foreign Secretary William Hague in which he said, “…our policy is clear that entry shall be refused for immigration purposes or to any individual who may present safety or security risk; where their presence in the United Kingdom would not be conducive to the public good; or if there is independent, reliable and credible evidence that they have committed human rights abuses [emphasis added]…”

In this context and in the light of the requirement of, “independent, reliable and credible evidence” we request you to refer to the above mentioned leaked report compiled by none other than our own British High Commission in India.

Since Modi’s appointment as Chairman of BJP’s Campaign Committee for 2014 general elections, inter-communal situation in two northern Indian states, Utter Pradesh and Bihar, has already worsened and there should be no doubt in the mind of anyone about the harm that the visit and presence of such a hate monger will do to race relations in UK.

We fail to express our utter sense of disappointment and disgust at these overtures by British MPs and earnestly request you to review your policies and restrain these MPs from supporting the Neru and Hitler of our time.