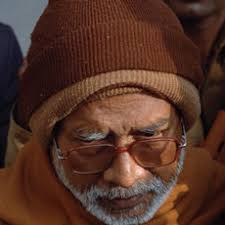 The Polit Bureau of the Communist Party of India (Marxist) has issued the following statement:
On Aseemanand’s Revelation
The explosive material revealed in the article based on interviews given by Aseemanand to The Caravan magazine raise very serious questions which require further investigation. Aseemanand has revealed his links with the top leadership of the RSS while planning the series of terrorist bomb blasts on civilian targets.
Aseemanand is implicated in three terrorist attacks in which 82 persons were killed and is under investigation in other terrorist cases too. As is known he was working in the tribal areas of Gujarat with the RSS organization the Vanvasi Kalyan Ashram. It was here in Gujarat that according to the interview, after an RSS meeting in Surat in July 2005, Mohan Bhagwat the current RSS Chief along with Indresh Kumar went to a temple in the Dangs where Aseemanand was living and discussed the plan to bomb several Muslim targets around India.
Although the interview has been denied by a legal representative of Aseemanand, the publication has stated that the interview has been taped and all tapes are available.
In such a situation and in view of the grave implications the reported actions of certain RSS leaders have on national security and integrity, it is essential for the NIA, which is presently in-charge of the investigations, to immediately and urgently investigate the revelations made in the interview and take appropriate action in the matter.