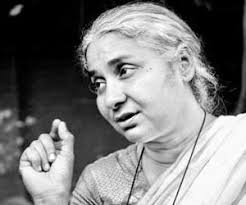 Mumbai, January 13: People’s Movements for years have been striving in non-violent, democratic ways for a broader social and political transformation. These struggles at times manifest is changing government policies and laws and raise broader questions of alternative development and address questions of societal values. For years and decades long struggles have evolved consensus among various sections of farmers, workers, labourers, fish workers and across classes, including the middle class in the cities and villages. The movements are in alliance across the country and have achieved many things, in the form of protecting people’s rights, livelihood and resources as well as changing their relations with the rulers, the power holders. We have always stood for people’s power !

However, the movements have over years witnessed the changing face, culture and approach of political class to people’s issues and priorities. The mainstream parties in power have just not been insensitive to people’s demand but also been insulting the people’s power, role and violating rights. Corruption – as misuse & misappropriation of monetary and natural resources – is hitting not only the micro level livelihoods and downtrodden but the macro economy of the nation as well. When the politicians are engaged in loot and don’t care for the large majority of common people, they resort to caste-religion and other bases to gain vote bank and distribute notes, freebies, liquor  to regain and retain political power. This needs to be condemned. People’s movements have always faught against these fraudulent ways and means that defeat democracy and become barriers in achievement of the goal of peace, justice and development of the country.

Today a new context and content has been provided to the people in the movements by the ongoing churning among the common masses, emerging beyond the non-electoral processes. People are eager and full of confidence, courage and commitment to bringing in change, distinct and deep.

A number of attempts by small and large parties and fora to create an alternative to the mainstream politics, creating space for those at margins by the power holders have played a role in the past. Earlier it was JP Movement (post-emergency rise of new alliance of parties) and again with V P Singh that such churning happened. Once again and with a difference, the concern of the masses has led to formation of Aam Aadmi Party reflecting a need for changing the political cultures and system. The people’s movements have found their issues and visions reflected in the position of the AAP, that includes :

Arvind kejariwal and the team of youngsters, with Yogendra Yadav, Prashant Bhushan, Prof. Anand Kumar, prof. Ajit Jha and many experienced intellectual activists took a lead and have made a dent into the electoral politics. Their achievements through innovative strategies, principles of transparency and accountability in realm of governance have raised hope for everyone today.

We consider the attempt of AAP as a movement and appreciate the endeavour to fill in the political vacuum. It’s because the AAP is following the movement ways, giving regard to mass participation and bringing in simplicity and selfless service into politics that many comrades and colleagues in various people’s movements have decided to extend our active support to AAP.This is a decision taken through dialogue to deliberations within movements in states taking note of diverse opinions with a common ground. Narmada Bachao Andolan, Ghar Bachao Ghar Banao Andolan (Maharashtra), Jan Sangharsh Vahini (Delhi), lok Shakti Abhiyan (Orissa), Kosi Baadh Prabhavit Sangharsh Samiti and Jan Jaagran Shakti Sangathan (Bihar), Unorganised Sector Workers federation (South India) and many others.

The decision is based on our viewing AAP as an evolving political vehicle for people’s movements. With Indian Constitution as the guide with fundamental rights to directive principles and ‘we the people of India‘ as our resources, we feel AAP is committed to both. Hence, without any dogmatic views and traditional dilemmas, we see a hope and extend our support and contribute to ideological strengthening of the Party pogrammes and policies. We appeal to other movements too to join and support. The victory in Delhi should be taken forward to all states, villages, hamlets, bastis and cities in the country.

We are however, yet to discuss some aspects – ideological to strategical – with AAP leadership and ensure a mechanism to establish a relation of the party with the people’s movements. Many of us are part of National Alliance of People’s Movements (NAPM), a non-party political platform, which will continue to retain its independent identity and provide input to programmes and policies and also lead struggles on people’s issues as done always. We see AAP itself as a movement that bring in complementarity and hence we confide in its leadership to evolve such process and spaces within for the long term struggle to clean politics and bring in an alternative politics and political culture..

We will announce forms of support and our interventions into the political arena with AAP with all formalities and processes after our dialogue in Delhi on 16-17th of January and look forward to a new era of politics – electoral and non-electoral as strengthening each other and the Indian society with democracy, unity in diversity and equity.

'Kisse Kahaniyaan'- A story of Hope & Humanity During Delhi Riots
Maharashtra government's proposed Protection of Internal Security Act (MPISA)
India - Sewage Treatment Plants are emerging as the new killing fields of Manual Scavenging
EIA 2020: “If Students and Civil Groups Can Translate, So Can The Environment Ministry”