Students protesting against the fee hike, at the V-C office at Panjab University in Chandigarh on Tuesday.(Bhartesh Singh Thakur/HT)

At the end of a day that saw Panjab University students hurling stones, and the police resorting to water cannons and tear gas, police arrested student leaders who had sought refuge in the campus gurdwara after they came out .Angered by a fee hike that will allegedly put PU courses out of reach for many, the students have been protesting for days. On Tuesday, the students began boycotting classes since morning on bandh call given by a united front of student bodies.Watch | Panjab University students arrested:

In the protest that ensued, some cops too received injuries. The student leaders then sought refuge in the gurudwara on campus. To control the situation, police entered the gurdwara with lathis but did not get into the sanctum sanctorum of the Sikh religious place. After a stalemate, the students came out and the situation was under control for now. 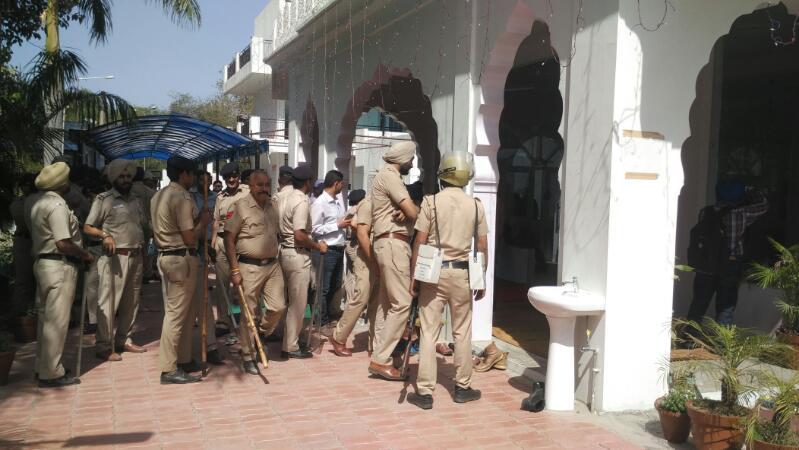 Students inside the gurdwara premises: 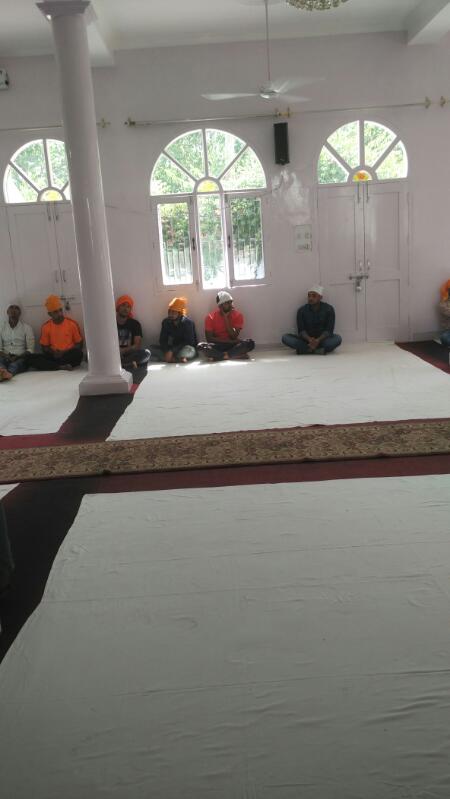 Earlier in the day, students gathered in large numbers at Students’ Centre (Stu-C) and forced shops to close. Members of Students for Society (SFS) could be seen going from department to department, urging students to boycott classes. However, they faced some resistance at English and law departments.

Some time later, police reached Stu-C and assured shop owners that they could up the shutters.

Outside the vice-chancellor’s office, students sang songs of protest and eventually clashed with the cops. 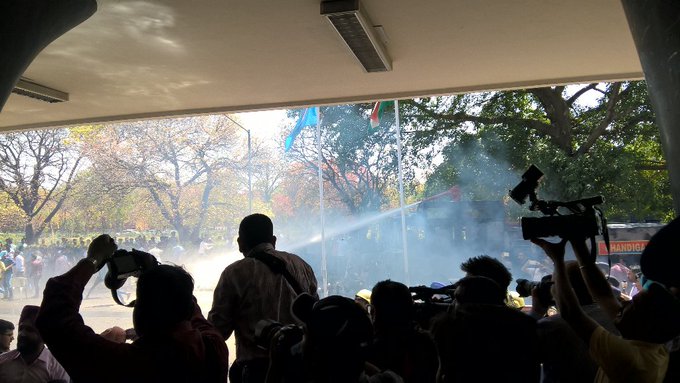 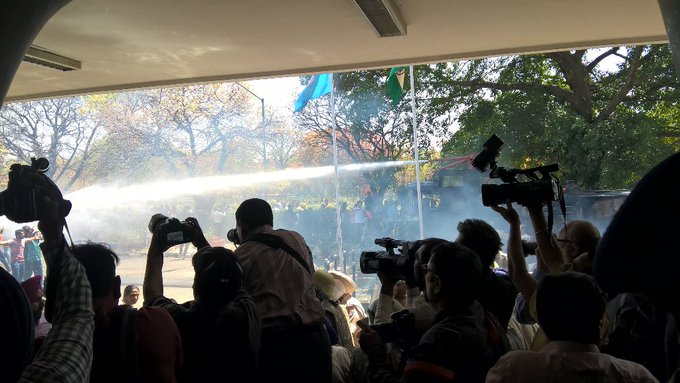 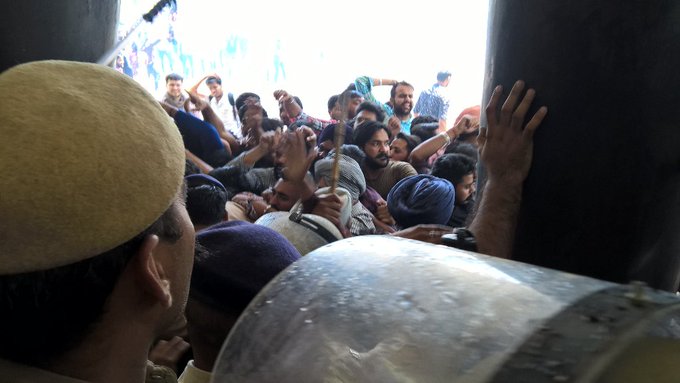 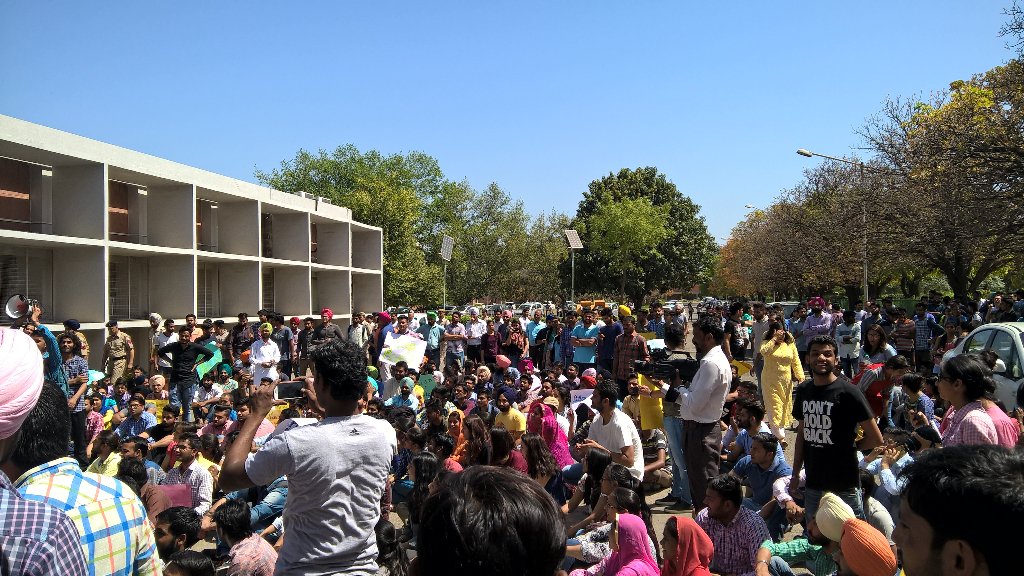 Watch | Students singing songs of protest outside the V-C office: