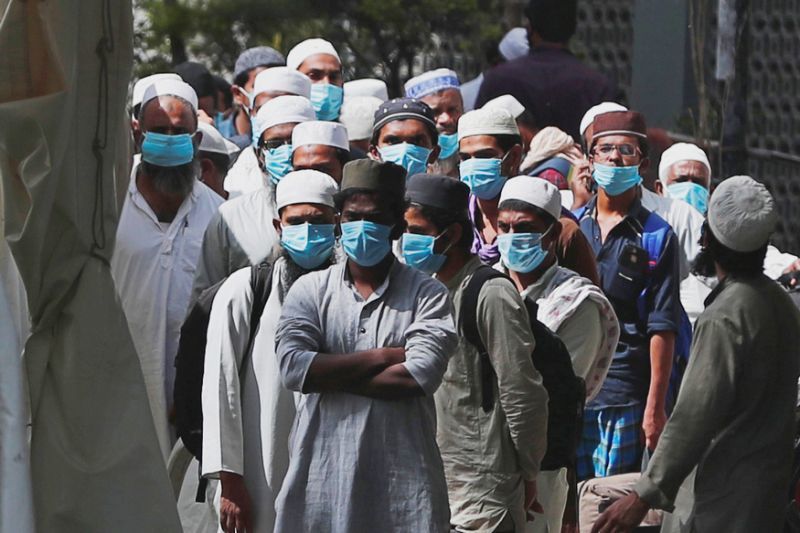 People’s Union for Civil Liberties (PUCL), Maharashtra strongly condemns the attempts of the government, the Media and right wing groups including members of the Bharatiya Janata Party to communalise the nation at the time of such unprecedented Coronavirus pandemic. PUCL Maharashtra urges the authorities and members of the Media not to perpetuate such concerted actions to communalise the country. PUCL Maharashtra urges citizens not to fall prey to fake news and the diabolical attempts by vested interests to communalise and divide them.

The Indian Constitution, drafted in the backdrop of the bloody history of Partition that raged over religion, remains a unifying document for a pluralist democracy. Though the word ‘Secular’ was brought into the Preamble by the 42nd Amendment in 1976, the Supreme Court of India, including in S.R. Bommai v. Union of India, has held that secularism has been an inherent constitutional tenet from the very emergence of the country’s founding document. Yet, as a State and People we have fallen woefully short of fully imbibing the secular spirit of the Indian pluralistic democracy, which has become glaringly obvious in these times of the Covid-19 pandemic.

When lakhs of migrant workers are walking hundreds of kilometres with no food, money or shelter, when the government has still failed to provide food, shelter and sanitation to the poor, when medical professionals lack basic amenities, it is utterly shocking and reprehensible that television channels and members of right wing organisations and the ruling party in the Centre are fuelling sectarian and exclusionary politics. This exclusionary majoritarian identity has led to a growing mobilisation of intolerance against those identified as the “other”, mostly Muslims, people ethnically different, as well as other oppressed sections of the society.

There is a spread of misinformation and communal fake news targeted at Muslims, with instances of wide circulation of videos falsely claiming Muslim worshippers to be intentionally performing acts contrary to social distancing, when in reality these were old videos which pre-dated the spread of the pandemic. Earlier videos of crowded Muslim localities in various cities have been shown as footage post the lockdown being announced. (Compilation of some instances of fake news available here – https://indiafightscoronaasone.blogspot.com/2020/04/collection-of-islamophobic-fake-news.html).

The recent spike in cases testing positive for Coronavirus being attributed solely to the Tablighi Jamaat, and calling it ‘Corona-jihad’, has added to the demonising of an already marginalised community.

While the organisers of not just the Tablighi Jamaat but all gatherings whether religious, political, sports or otherwise have to be condemned, the fact remains that those linked to Tablighi Jamaat have been aggressively traced and tested for the virus, and a vast number of the rest of the population has remained untested hence, statistically unaccounted for when it comes to the spread of the disease in India attributable to multiple sources. FIRs have been registered against members of the Tablighi Jamaat and arrests made, while no action is taken against any other groups who have violated the lockdown. Further, unfounded allegations claiming that Tablighi Jamaat is a terror outfit and filing of cases under the National  has pushed its members to flee authorities and prevented them from coming forward immediately, which has added to further demonising them.

The fact that quarantine mandates have been disregarded by other religious communities, well after the announcement of the national lockdown, has been completely ignored. The preoccupation of the Central Government over the US President Donald Trump’s visit, Delhi State election, Madhya Pradesh Assembly crisis and complete lack of preparation for the pandemic continues to be overlooked. While the fact that the Tablighi Jamaat event took place from 13th to 15th March has been highlighted, the failure of the Delhi Government and Delhi Police to revoke the permission granted to them and the Union Health Ministry issuing a statement that Coronavirus was not an emergency as late as 13th March, 2020 is not questioned. It is pertinent to note that it was not until 16th March 2020 that the ban on religious congregations was finally announced, even as many other religious and political gatherings which have been widely reported continued until as late as 25th March 2020 when the national lockdown was in place, which has been overlooked. The Tablighi Jamaat ought to have cancelled their programme but the State too must acknowledge and be held accountable for its negligence in effectively handling the crisis and its selective approach in criminalising the Tablighi Jamaat.

In addition to targeting Muslims, there have been various cases of people from North-Eastern India being blocked from entering supermarkets or being verbally abused and spat at while out to buy groceries in other parts of the country. Students from India’s northern-eastern states have been publicly humiliated and attacked in housing societies. Posters that read, “If you talk to transgender, you will get infected by coronavirus,” put up across Hyderabad, have put the entire transgender community at a bigger disadvantage in these hard times, than they already are.

Such vicious attacks on sections of people in these times of uncertainty is dangerously irresponsible, and it wreaks real consequences on the lives of real people and causes a further spiralling of underlying anxieties that already exist. This not only hinders communities from accessing medical care and state relief, it has also led to targeted police brutality, hostile misuse of criminal laws and denial of access to essential services like medical aid and food.This has also led to a spate of hate crimes against Muslims.

A pregnant woman in Rajasthan reportedly being refused admission at a hospital for being a Muslim, who then lost her baby, is yet another bleak reminder of our fragmented society. The denial of entry to Muslims in Shastri Nagar, Delhi and murderous assault / attempted lynching of a Muslim youth on return to Bawana, Delhi from a Tablighi conference in Bhopal on 5th April 2020, are only some of the latest instances of hate crimes against Muslims as a consequence of the vitriolic hate speech and communal propaganda.

On 6th April 2020, the WHO Emergency Programme Director Mike Ryan expressed concern over the religious profiling of Covid-19 cases in India stating “It is very important that we do not profile the cases on the basis of racial, religious and ethnic lines”.

While the Maharashtra Chief Minister Uddhav Thackeray has on 4th April 2020 issued statement warning people that legal action will be taken against those spreading fake news and inflammatory content to stoke communal hatred, the Central Government has failed to take a stand against the increasing communalisation.

PUCL Maharashtra calls upon the state authorities and police administration to take strict and exemplary legal action against violators, including political party members, indulging in hate speech, inciting hate and violence against Muslims and various ethnic and marginalised groups and spreading communal propaganda and inflammatory content. PUCL Maharashtra calls upon the Central government to issue notification to the media, social media platforms and public in general to refrain from disseminating or allowing dissemination of hate speech, communal propaganda and take all measures to ensure that the same is stopped and strict action is taken against violators.*