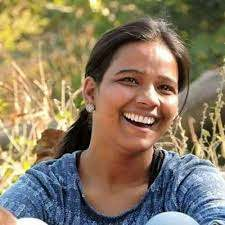 PUCL strongly condemns the brutalization and arrest of its member, Advocate Priyanka Shukla, by the Bilaspur police on 17.08.2020, which happened in the course of her attempt to demand accountability for the forcible abduction of the young HIV+ wards of the juvenile home, “Our Home,” and the violence meted out to their staff.

It should be recalled that the NGO-run juvenile home, “Our Home,” is the only facility of its kind in Bilaspur which is equipped to deal with the special needs of HIV+ children, and the girls living there and their families have repeatedly told the media and the administration of their satisfaction with the facility.  “Our Home” had approached Adv Priyanka Shukla for legal help after it started receiving notices about impending cancellation of its registration, which they claimed was in response to their unwillingness to bribe authorities to receive their grants sanctioned by the Government. Earlier this year, Adv. Priyanka Shukla and her colleagues had successfully thwarted the bid by the authorities to cancel their registration.  However, it is learned that the authorities had again renewed attempts to cancel their registration and it was in this context that Advocate Shukla was visiting the home today.

On the morning of 17.08.2020, without any prior warning, the staff from the Child Welfare Committee, accompanied by the police force of the Sarkanda Police Station landed up at the home and demanded that all the 14 wards be handed over to them. As per reports, they first switched off the CCTV cameras, then herded all the girls into a room, where they were physically assaulted as evidenced by blood spots at the Home. Media interviews with neighbours reveal that the girls were dragged by hair and forced into a waiting vehicle, despite loud protestations.  When Advocate Shukla reached there and demanded to see the order by which the girls were to be taken away, she was also abused and assaulted, and finally arrested and charged with non-bailable section 353 of the IPC. The Director of Our Home, Sanjeev Thakkar and  the Hostel Superintendent, Deepika Singh was also named in the FIR lodged at the instance of the CWC officer Parvati Verma.  The children were forcibly taken to different juvenile homes, much against their own wishes and against the consent of their families, and without ensuring any provisions for their safety and care, given their precarious medical status.

We are relieved that Advocate Priyanka Shukla has been released on bail by the Learned Magistrate at Bilha, but this whole episode is deeply troubling.  At the one hand, we are appalled at the high-handedness of the police at assaulting a lawyer discharging her duties towards her client trying to ensure due process.  Then, there is the question of brutal violence meted out by the police to all who question them, even young girls who are in frail health.  And finally, the gross insensitivity of the CWC department towards the special needs of the HIV+ children and their families.

We demand –
1. Filing of charges against the police and CWC officials responsible for the violence at “Our Home” and appropriate sanctions

2. Withdrawal of all charges against Advocate Priyanka Shukla, and the functionaries of Our Home, Sanjeev Thakkar and Deepika Singh3. Safe housing for the 14 wards of Our Home, by ensuring that their special needs as immunity compromised persons are met, especially at a time when a pandemic is raging.  They should all be housed together, given their close ties with each other and provided with proper medical facilities and appropriate counseling in view of the trauma they have undergone.