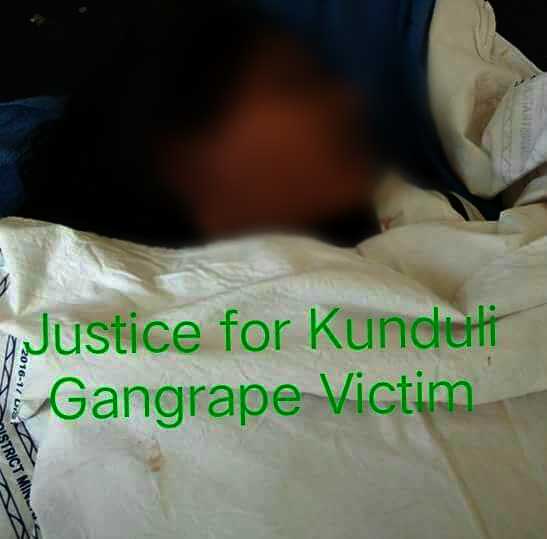 PUDR grieves and rages at the suicide of the young girl from Kunduli, Koraput district on 22 January 2018, who succumbed to the failure of the State to guarantee justice and to secure the freedom of its citizens. On 10 October 2017, she was stabbed and gangraped by 4 security personnel, while returning back from school. Because she was a minor dalit girl, her account of rape was constantly disbelieved. And because the accused were men in uniform, the entire government and administrative machinery conspired to shield them from prosecution. This tragedy is a troubling reminder of the grave physical insecurity of civilians in militarized zones of the country, and the rampant impunity enjoyed by security forces for human rights violations.

Despite the overwhelming odds against prosecuting violence of this nature, which is a crime under both the Protection of Children from Sexual Offences Act (POCSO) and the Scheduled Castes and Scheduled Tribes (Prevention of Atrocities) Act, the girl’s struggle for justice was met with antipathy and despair. Security personnel do not legally enjoy impunity for crimes in the state of Odisha, but at every stage the district administration prevented even a normal investigation and inquiry from proceeding in the case. Although an SIT was constituted in the matter on the next day of the incident itself, almost a month later on 7 November the Human Rights Cell of the state police overruled the possibility of gangrape based on inadequate evidence. The DGP marked the case as a ‘red flag’ case, blaming the Maoists for the violation instead. Further the Police did not heed her description of the 4 perpetrators, arbitrarily rounding up 4 of her own relatives instead. Because of the callous response of the state machinery, the girl was forced to take her life on November 18, 2017, though she survived this attempt.

Instead of providing support and speeding up investigation at that stage, she was unlawfully detained at the hospital. She was subject to constant media attention and scrutiny, and her repeated expressions of distress at the callous response of the state machinery weredisregarded. Finally, the Chief Minister ordered a probe into the incident 3 months after the incident. In all these months the girl had to undergo medical tests at four hospitals. In its action taken report to NHRC, Crime Branch submitted that the girl levelled false allegations in order to hide her affair with a minor boy. While the probe was still underway, she was offered Rs. 90,000 by senior police officials, including the DGP, to sign a blank paper and discontinue the proceedings.

Excessive militarization in tribal and dalit communities generates an environment of fear, tyranny and violence, which is only encouraged through the failure of the justice machinery. PUDR laments this grave travesty of justice, and indicts the Odisha government for its failure to investigate and prosecute crimes against women and dalit citizens. Yet again, women seeking justice against crimes of sexual violence are doubly victimized by the State, without any redress from the impunity of security forces.

While we lament this grave tragedy, PUDR vehemently demands that the perpetrators of her gangrape and suicide be brought to justice. The political class would do good to steer away from indulging in a blame-game, to demanding a fair and impartial investigation into the matter. Those state officials who obstructed the proper course of proceedings must also be proceeded against.PUDR also demands the immediate withdrawal of security forces from the state of Odisha.