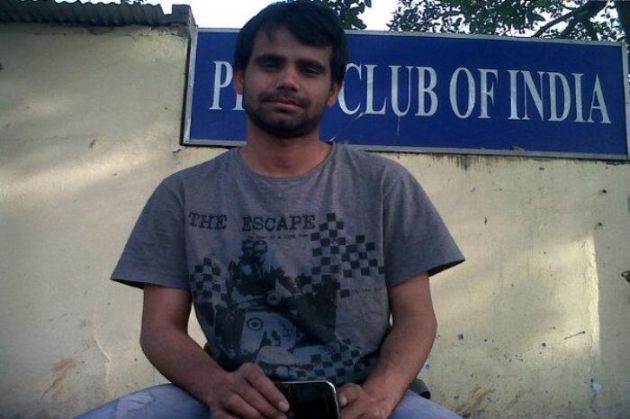 New Delhi: A sub-inspector from Pune police on Saturday visited the Press Club of India in New Delhi and collected details of a media conference in a case possibly linked to an alleged plot to target Prime Minister Narendra Modi’s rallies.

The hall for the April 20 media conference demanding the release of a professor imprisoned on the charge of being a Moaist was booked by Vishwadeepak, a journalist who contributes to the National Herald. Vishawadeepak had publicly resigned from Zee News in 2016 to protest against its coverage of the arrests of students for sedition in JNU.

The journalist’s phone was switched off through the evening on Saturday. Asked by this newspaper over WhatsApp if the journalist has been picked up, Pune police joint commissioner Ravindra Kadam, who is supervising the case, did not respond although the message was being shown as read.

National Herald executive editor Uttam Sengupta said: “We are yet to hear from the police and have only heard about all this from friends in the Press Club. Vishwadeepak proceeded on leave from today and his number is now switched off.”

On April 20, A.S. Vasantha, the wife of Delhi University professor G.N. Saibaba who has been imprisoned for life on the charge of being a member of a banned Maoist organisation, and several academics held the media conference and sought his release. Saibaba, who needs a wheelchair, is lodged in a solitary cell.

On Saturday evening, sub- inspector G.R. Sonawane from Pune reached the Press Club, whose secretary-general Vinay Kumar said: “We asked the sub-inspector to give an application with the case details and so on. He did so and took the details of the booking register and left.”

The sub-inspector’s application mentions FIR No. 04/18 of Vishrambagh Police Station. This is the same FIR under which several activists were arrested on the charge of instigating violence, in which Hindutva activists clashed with Ambedkarites near Pune on January 1, at the second centenary of the battle of Bhima Koregaon.

The police had claimed to have found a letter on Wilson’s computer suggesting a plot to target Modi’s rallies.