Pune Teen held in J &K not a suicide Bomber 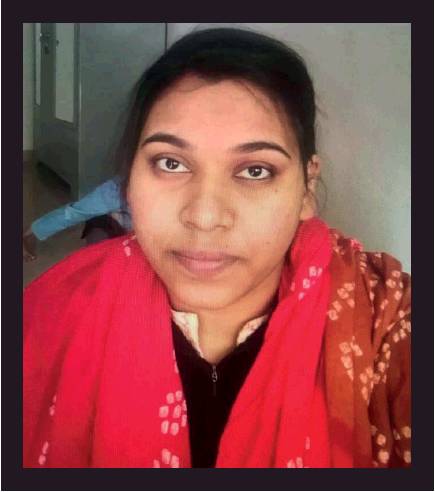 18-year-old came on J&K police’s radar after ‘intel mix-up’
Sadiya Shaikh, who was linked to a Daesh sympathiser in 2015, tells police she travelled to Kashmir only to apply at a college, not to carry out an attack

The Pune teenager whose journey to Jammu and Kashmir close to the Republic Day set off a terror alert is not a suicide bomber and travelled there to seek admission in a nursing college, it emerged on Saturday.

Sadiya Anwar Shaikh was detained near Srinagar on Thursday. A possible misreading of intelligence warnings about an attack in the state on January 26 prompted authorities to suspect the 18-year-old, who was known to security agencies because of a troubled past.

Sadiya was linked to a Srinagarbased Daesh sympathiser in 2015 and reportedly showed early signs of radicalisation. But she was successfully counselled by security agencies, including the Maharashtra Anti-Terrorism Squad, and continued with her life without incident until she decided to hop a flight to Srinagar last week.

After quizzing her and speaking to her family, which lives in Pune’s Phule Nagar locality, the J&K police on Saturday ruled out that she was plotting an attack. She is expected to be handed over to the family soon.

“We haven’t found anything. There is no evidence that she was planning a suicide attack here (on Republic Day),” J&K additional director general of police Munir Khan told Mirror.

According to Sadiya’s statement to the police, she decided to study in J&K as she could not continue her education in Pune after being detained over her alleged online chats with the Daesh sympathiser in 2015. Even after completing a de-radicalisation programme, she continued to face judgemental glares and finally decided to quit college.

Recently, she confided in her friends on Facebook that the entire episode had left her very disturbed. The two friends, who live in Jammu and Kashmir, suggested her to apply in a college in their state.

On January 16, Sadiya and her mother boarded a flight to Srinagar. Her mother returned to Pune the same day after securing a promise from the two friends that they would take care of her and help her with college formalities.

Sadiya lived as a paying guest in Bijbehara, a town in south Kashmir, and applied at SET College of Nursing there. She got the admission on January 17, but she didn’t start attending the classes immediately. According to her statement, she wanted to make proper arrangements there and then go back to Pune to inform her family about the developments.

On January 23, additional DGP Munir Khan issued an alert to all districts saying “there is a strong input” that an 18-year-old non-Kashmiri woman might “cause a suicide bomb explosion” near or inside the Republic Day parade in Kashmir. The note, which was based on information shared by central intelligence agencies, named Sadiya.

“All are directed to please ensure that frisking of ladies at the (venues) is done meticulously and with utmost caution so as to thwart the designs of ANEs (anti-national elements),” it said.

When Sadiya read the reports about her being a suicide bomber in the papers and on social media, she contacted her family and the Pune police. She literally turned herself in on Thursday, according an officer with the J&K police. While travelling to Srinagar from Bijbehara, she spotted a security check on the road and stepped out of her taxi and told cops: “I am the person you are looking for.”

She was detained and taken to Srinagar, but over the next 48 hours, everything was cleared up, according to officials Mirror spoke to.

Sadiya’s mother said she would be flying to the J&K capital on Sunday. “I could not get an earlier flight,” she told Mirror on the phone. She reacted angrily when asked about the reports of Sadiya being a terrorist. “Ask about it to those who made her a suicide bomber all of a sudden. Whatever I have to say, I will say it in Kashmir,” she said.

Khan said while Sadiya had been cleared, the Pune police should maintain vigil. He did not elaborate. “A few years ago, she was in touch with some suspicious people on social media. That might be the reason why her visit to J&K triggered an alarm,” another officer said. “The girl, who was a minor back then, was drawn to Daesh’s ideology after watching a documentary. She stopped wearing jeans and started wearing a burqa. Interrogation revealed that her online contacts had asked her to travel to Syria for medical education.”

Meanwhile, Sadiya’s family members in Gharonda Society in Pune’s Phule Nagar, said the past 40 hours had been the worst moments in their life. After her mother received a latenight call that Sadiya had been detained on suspicion of being a terrorist, intelligence sleuths in plain clothes reportedly started keeping a watch in the locality and other residents of the society severed all contact with the family.

“We don’t know who they (the Shaikhs) are and where they live. We have never heard of them,” said a next-door neighbour when Mirror enquired about the family. Sadiya’s mother said she was very worried about her. “She has nothing to do with whatever she is being accused of. She has been a brilliant student throughout and we sent her to Kashmir to pursue a bachelor’s degree in nursing. Is that a crime?” she said.

An official with the Yerwada police said they were not in the loop as the probe was being handled “from outside”.