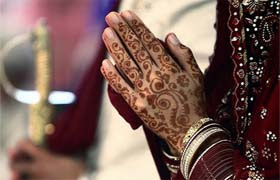 Sangrur, February 2
Over 120 beneficiaries of the Centre’s inter-caste marriage scheme have been awaiting award money of Rs 50,000 each for as long as six years. The pending cases pertain to April 2008 to December 2013. All these cases were sent to the state Welfare Department for the release of funds.

Under the scheme, Rs 50,000 is given to the beneficiary couple for solemnising inter-caste marriage where one person must be from the Scheduled Caste community. The Centre and the state government contribute an equal share.

The government had last made the payment in April 2011 to eight beneficiaries of the district. They had applied in 2007-08.

When contacted over the phone, a Welfare Department official attributed the delay to non-contribution of its share by the state government on time. However, the officer claimed that funds would soon be made available to the districts for disbursing the award money for cases up to 2009-10.