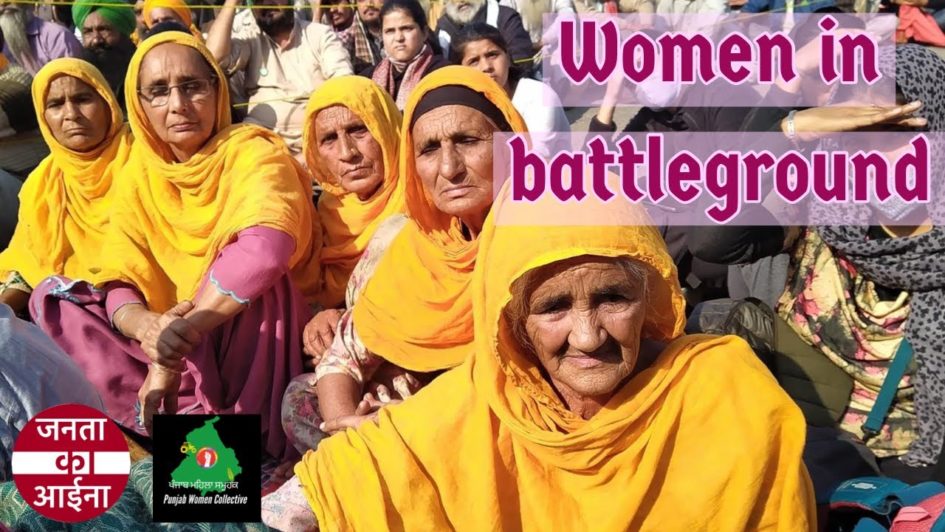 Punjab Women Collective announce to release Women manifesto by end of year , as State elections were due February 2022. at a meeting held yesterday at Amar Kaur Memorial Hall, Ludhiana. The meeting was chaired by Bibi Jeet Kumari Ludhiana.

Congratulating women activist who had travelled from various parts of Punjab to attend the meeting, Prof. Jagmohan Singh quoted Shaheed Bhagat Singh’s writings and said that until women are empowered, social progress will be incomplete. He also said that today is a historic day when major women’s organisations have united on a common platform to discuss women’s issues. Punjab needs to be aware of women’s issues, he added.

Punjab Women Collective today formalised their organisational structure and a six month action Plan including increasing the participation of women in the ongoing farmers’ agitation, both in terms of numbers and contribution.

Representatives from 25 women’s organisations from various districts of Punjab were present at the meeting. Plans were discussed regarding women’s safety, health, education, and employment; violence against women; gender-based discrimination, etc. . The Punjab women’s manifesto will be launched by the end of the year.

Punjab Women Collective will have a Jan Sunwai wherein representatives of all political parties will be invited to present their women’s manifestoes and views on women’s rights.

Punjab Women Collective has been actively participating in the farmers’ agitation for the last nine months and women’s have been participating in various events in large numbers. The Front strongly support farm labourers’ protests as well.

( Translation done by Rishi from Punjabi )