Punjab Women Collective calls upon Women Commissions to intervene in case Sikh Girl, Separated from Muslim Husband by Force, Married to A Sikh 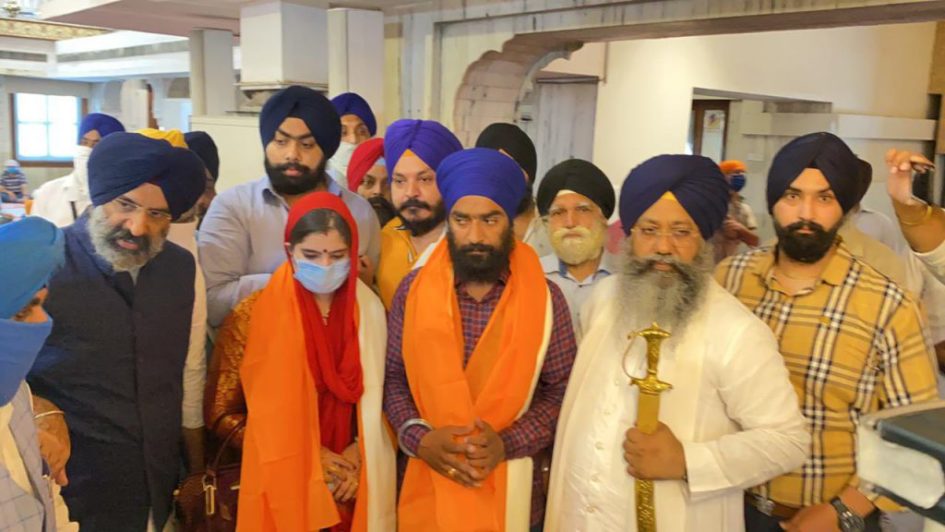 Punjab Women Collective, expresses deep concern over incidents surrounding the around young adult Kashmiri Sikh women who married Muslim men, and often converted to Islam, after exercising their own free will in choosing their partners. However, they are being portrayed by self-proclaimed leaders of the Sikh community as victims of ‘love jihad’.

The reprehensible action, under the direct command of these Sikh so-called community leaders, of abducting a young woman and marrying her off within twenty-four hours to a stranger, whose only qualification is that he is from her community” it was “not only unlawful” but an act that “infantilises the legitimate choice made by an adult woman who voluntarily chose to opt for a way of life by converting her religion to her spouse’s”.

Also in May this year , another Sikh woman Viran Pal Lour, had approached the High Court seeking protection, saying she had married a Muslim man voluntarily in January, but they were living like nomads because her parents with the police were harassing the couple. The High Court upheld their right “to live their married life the way they like and protect their rights in terms of the guarantee as enshrined by the Constitution of India” and directed the police to ensure that her parents or anyone else should not be allowed to harass, attack, kidnap or harm the couple.

The anxiety over women entering into marriages of choice has deep-seated patriarchal and casteist roots, wherein a woman is perceived as property, and handed over from her parents to her husband’s family, safely within the community and caste, with little say in the matter. In a video released by one of the Sikh women, she asserts that she converted and married her husband by choice, but her consent and agency were accorded little value, not only by the community leaders but also by the police. She was forcefully “recovered” (like stolen property) to the custody of her parents, and she will have to fight a long and hard battle to be reunited with her husband.

The anti-conversion law is often used with the intent to criminalise young Muslim men who are in relationships with women of other faiths.  The real victims of  anti- conversion  law are women as the law infringes their constitutional right to choose a partner. If there is a specific case of abduction irrespective of the religion or caste of the suspected abductee or abductor, it should be probed. Abduction is equally an infringement of freedom of choice of the victim of abduction.Sikh tradition does not believe in taking away the right of others, least of all of its women. We believe that an individual’s right to choice in friendship, love and marriage, and the right to practice a religion of one’s belief, is an inalienable right which belongs equally to our women citizens.

We demand National commission for women,Delhi State Commissionfor women and Jammu&Kashmir women commission  file a a Habeas Corpus petition, Why wasn’t the woman allowed to speak for herself? We don’t know what has really happened.. The time has come for women to raise their voice.