Racism is creeping back into mainstream science #StopEugenics

In the fallout from Toby Young’s resignation from the Office for Students this month, it emerged that University College London has been unwittingly hosting an annual conference attended by race scientists and eugenicists for the past few years. This might have come as a shock to many people. But it is only the latest instalment in the rise of “scientific” racism within academia.

Researchers with extreme views on race number relatively few but, having languished on the margins of their fields for many years, they are now managing to push their ideas into the mainstream, including into respectable scientific journals. 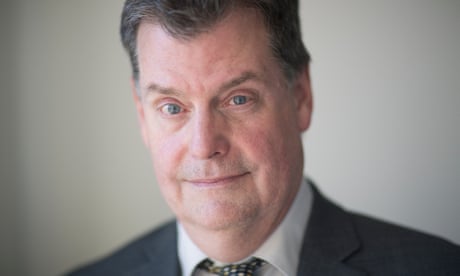 Yale psychologist John Bargh: ‘Politicians want us to be fearful. They’re manipulating us for their own interest’

Over the past year I have been investigating this tight, well-connected cabal of people, who nowadays call themselves “race realists”, reflecting their view that the scientific evidence is on their side. Their work is routinely published by Mankind Quarterly, a marginal journal operating since the 1960s, when it was founded by a group of scientists disgruntled with the fact that mainstream journals were unwilling to publish their controversial ideas.

Its earliest editions argued against desegregation in the United States, and warned that inter-racial conflict was the byproduct of natural selection. Many of its writers became sources for the notorious 1994 book The Bell Curve, by Richard Herrnstein and Charles Murray, which drew links between race and IQ scores. More recent contributors to the journal include Jared Taylor, founder of the white nationalist magazine, American Renaissance.

Mankind Quarterly’s editor-in-chief, Gerhard Meisenberg, told me last month that there were likely to be biological differences in intelligence between racial groups, which he believes will eventually be discovered by genetics. He referred to “low-IQ countries”, including Pakistan. Meisenberg, a professor at the Ross University School of Medicine, based in Dominica, says: “The question of whether there are genetic ability differences between people in different countries is perhaps the most fundamental question in development economics.”

Views such as this, unsupported by evidence, generally receive little to no attention from within the everyday scientific community. What is worrying, though, is that people such as Meisenberg and Mankind Quarterly’s assistant editor, Richard Lynn, have managed to penetrate more mainstream scientific circles.

Lynn sits on the editorial advisory board of Personality and Individual Differences, produced by Elsevier – one of the world’s largest scientific publishers, whose titles include the highly respected journals the Lancet and Cell. Among his papers was The Intelligence of American Jews (2004), arguing that “Jews have a higher average level of verbal intelligence than non-Jewish whites”.

Both Meisenberg and Lynn also serve on the editorial board of Intelligence, a psychology journal also published by Elsevier. Meisenberg has authored at least eight articles for it over the years, including one in 2010 on the average IQ of sub-Saharan Africans, and another in 2013 on the relationship between “national intelligence” and economic success.

While journals are free to publish whatever they deem worthy, subject to peer review, the choice of who to appoint to an editorial board is important because these members help shape its policy and scope. According to Elsevier’s own guidance for editors, they “should be appointed from key research institutes”. Lynn is listed on Intelligence’s board with no affiliation whatsoever.

The editor-in-chief of Intelligence is Richard J Haier, an emeritus professor in the medical school at the University of California, Irvine. When I asked him how he felt about having Mankind Quarterly editors on the board of his journal, he told me, “I consulted several people about this. I decided that it’s better to deal with these things with sunlight and by inclusion.” He continued: “The area of the relationship between intelligence and group differences is probably the most incendiary area in the whole of psychology. And some of the people who work in that area have said incendiary things … I have read some quotes, indirect quotes, that disturb me, but throwing people off an editorial board for expressing an opinion really kind of puts us in a dicey area. I prefer to let the papers and the data speak for themselves.”

Haier also told me that he had defended the late Arthur Jensen, a professor of educational psychology at the University of California, Berkeley, who in 1969 mooted in the Harvard Educational Review that gaps in intelligence test results between black and white students might be down to genetics. It remains one of the most controversial papers published in psychology. “Scientific intelligence research has laboured under this cloud for 50 years, and it is my stated goal as editor to help bring intelligence research back into the mainstream,” he added.

An Elsevier spokesperson says editorial board members are not involved in making decisions about which articles will be published: “Their role is focused on reflecting the academic debate that takes place within the communities’ domain that the journal serves.” The implication is that the kind of papers written by Meisenberg and Lynn must be a part of mainstream discussion.

But the steady creep of extreme views from the fringes of academia to the everyday should worry us all. Academic freedom is an honourable ideal, and one worth defending, because we trust that the system works. Through careful checks and peer review, only the most reliable, well-evidenced ideas, and most trustworthy researchers, should pass through.

But in practice the system does fail. Poor papers do get published, weak research can pass through the net, and people’s prejudices can sometimes taint the process. This is what those at the disreputable edges of academia are counting on.

The scientific community needs to be more vigilant. The system broke down over eugenics research in the early 20th century, with catastrophic consequences. We have to ensure this never happens again.

• Angela Saini is the author of Inferior, and is researching a book on science and race to be published in 2019