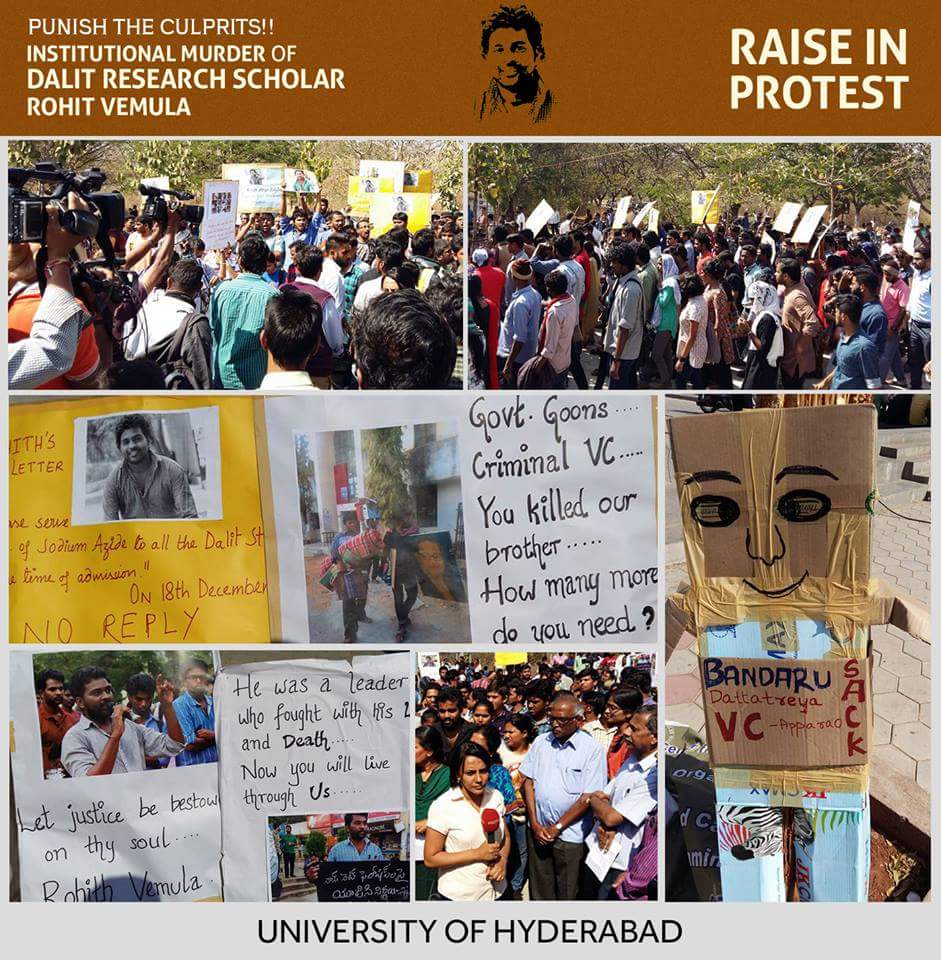 “My dear Ambedkarites and Comrades,

Since Rohith left this Castiest world, we, altogether, trying to unite the all Anti-Fascist forces, as everyone knows, to fight against this Hindutva RSS-BJP led Government.

In that process I’ve been called by many Organisations, Political Party’s, NGO groups and Student Forces etc etc to Participate their agitations and we did that without fail. “Rohith’s Stupa”, as you know, was monumented, in UoH, for remembering his ultimate Sacrifice for Equality and Fraternity.

Today, no-one is allowed inside the Public University Campus of UoH including the Family members of Rohith Vemula, to pay tributes. It’s look like keeping the Stupa in Jail.

I request each and everyone, who ever called me for their programs across the country so far, to come to University of Hyderabad where my Rohith’s “Asthikas” were kept beneath the “Rohith’s Stupa” at Shop Com, UoH  and pay tributes along with me.

Delhi Police file chargesheet against Pachauri for sexual harassment #Vaw
JNU makes Aarogya Setu mandatory for all students, employees
Resizing the State- What if the Indian state is actually not big enough?
What are the best Achievements by BJP after forming the Government?