RAFALE EXPOSE: With her half-truths, Defence Minister lands herself and PM Modi in deeper trouble 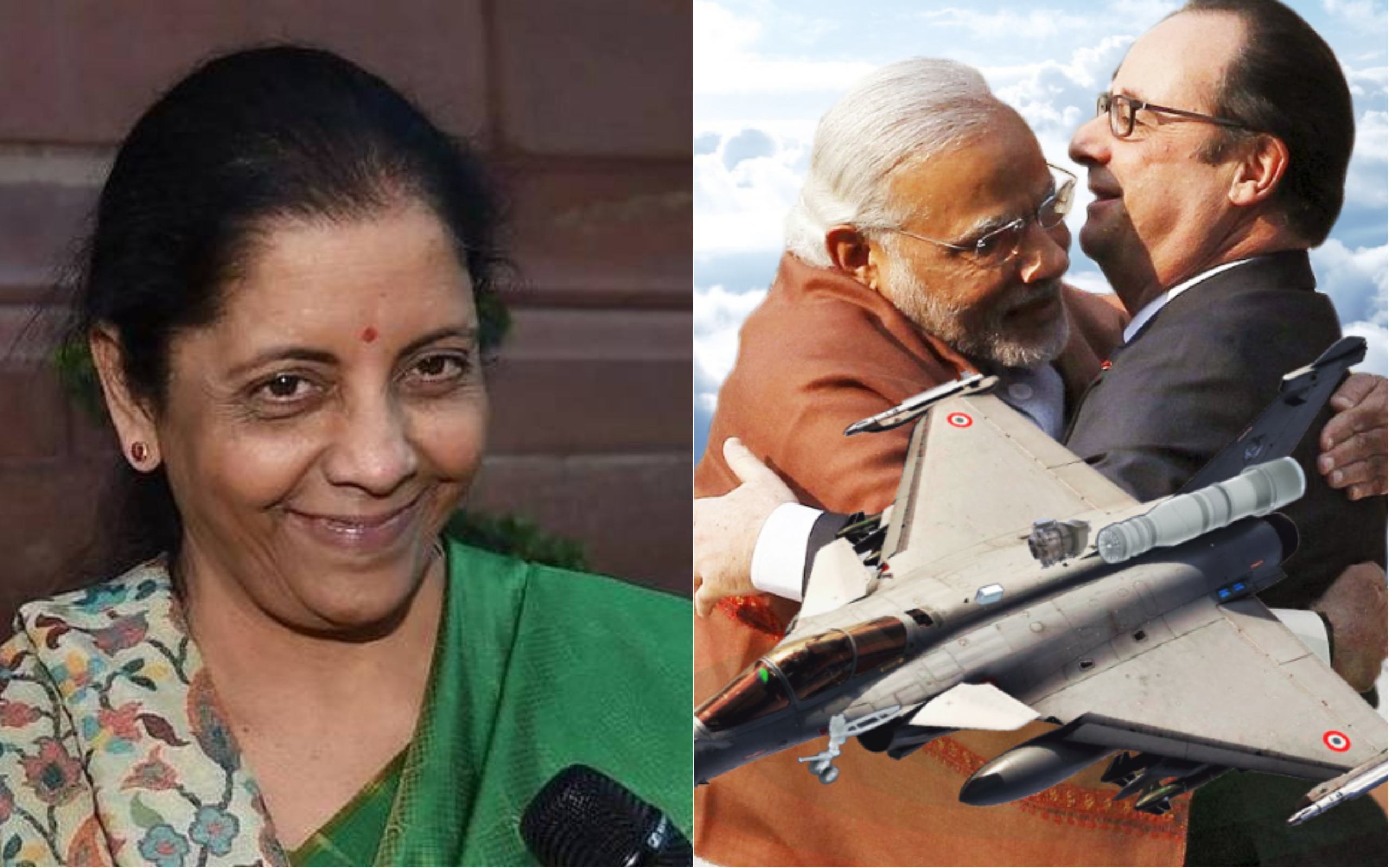 Ravi Nair
Key Points:
*With her half-truths, Defence Minister lands herself and PM Modi in deeper trouble*
*How by relying on Defence Procurement Procedure of 2013, Nirmala Sitharaman has fallen in her own trap*
*Under 2013 Defence Procurement Procedure, Anil Ambani’s Reliance was not eligible to be Dassault Aviation’s offset partner*
Since we broke the story of the mysterious escalation of prices of Rafale fighter jets by the Indian Air Force by the Narendra Modi government, the government and their supporting media tried their best to give inexplicable reasons to justify the prime minister’s decision. This despite the fact that the new deal, struck by PM Modi, had violated set norms.
The questionable decisions included scrapping of 95% of the completed negotiations on RFP, rejection of Hindustan Aeronautical Ltd as the Indian partner and the critical Transfer of Technology (ToT) from France to India. Then there was PM Modi’s unilateral announcement of the purchase of 36 units of Rafale jets off-the-shelf without the relevant cabinet committee’s approvals coupled with Dassault Aviation’s selection of Reliance as the Joint Venture partner. The only advantage working in favour of Reliance headed by Anil Ambani in defence equipment manufacturing sector- let alone the technically challenging fighter jet manufacturing- was the group chairman’s proximity to Modi. Hence its preference over HAL as JV partner to fulfill its 50% offset obligation.
Call it her over-enthusiasm or hubris, the Defence minister Nirmala Sitharaman, who was relatively new in her post, back then in November, hurriedly held a press conference and rubbished all the questions raised in our two-part expose. She went on to audaciously declare that the prices negotiated by PM Modi were much cheaper and promised to release details soon.
The so-called mainstream media outlets that initially appeared reluctant to provide coverage to our expose when we first broke the news and who even blacked out the opposition party’s press conference; were seen nimble-footed in giving blow-by-blow coverage to Sitharaman’s press conference later. Ironically, even in their glaring biases, these media outlets played a crucial role in unwittingly informing India and the world that there were indeed some uncomfortable questions in the deal and how they remained unanswered. Although the ruling party and its propaganda machinery desperately sought to portray our expose as a campaign to malign the image of the BJP and Modi in the run up to last year’s Gujarat assembly polls, they never explained the reasons for the price escalation satisfactorily.
*Sitharaman makes the mess of Rafale controversy*
The topic, over the next two months, was placed in the back-burner till it was raised in the Rajya Sabha by congress MP Prof Rajeev Gowda during the ongoing budget session of the parliament.
Gowda asked the details of the penalty imposed on Dassault for refusing to fulfill the contractual obligations, cost per air craft under the inter-government agreement signed by this government for 36 Rafale jets and whether the cost difference is due to the inclusion of a private player instead of HAL. Ms Sitharaman’s answer in the parliament was very interesting, to term it politely.