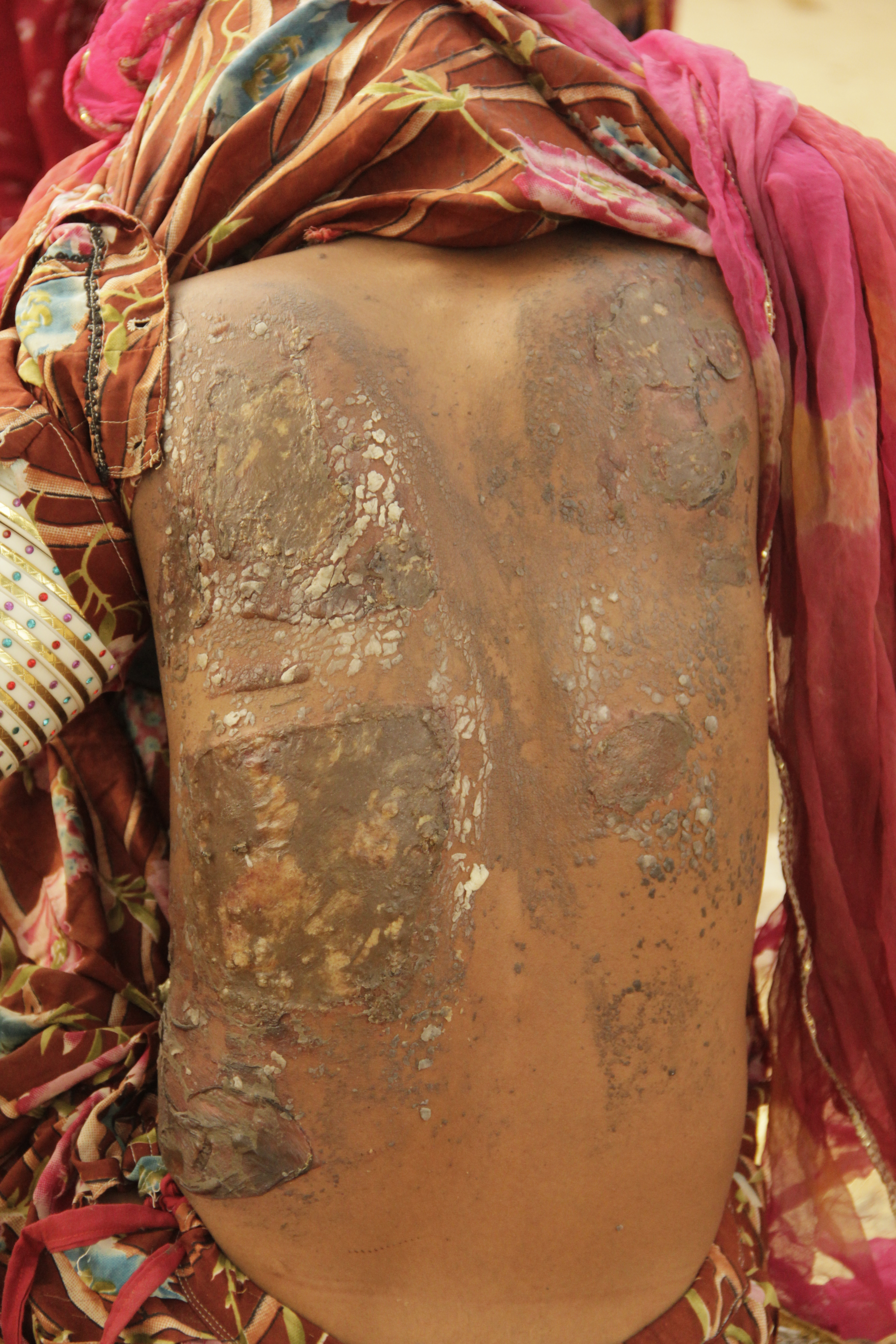 Heinous criminal acts perpetrated on the afternoon of 24th October, 2014 on the local Banjara community by hundreds of local men in Thanagazi district which affected the whole colony, and wherein children, women and elderly were pushed into their burning homes by the aforementioned and as a result of this atrocity, continue to suffer from trauma and wounds from third degree burns .

See the pic below

A fact  finding team visited the Banjara Basti five days after this incident on the afternoon of 29th October, 2014 and met with the families of the victims along with local officials.  Through the testimonies and photographic evidence, we have documented serious human rights violations, and the investigation is ongoing by Rajasthani authorities.

The Rajasthan police have arrested 17 of the miscreants and launched FIRs against 59 of the perpetrators and this is a first step towards achieving justice for the victims.

But the ground reality in the Banjara Basti is bleak – dozens of homes were set alight by the ruthless mob and all that remains are ashes; children and women still have open wounds on which pus was noticed, and they have been left unattended without proper medical facilities (when the severe cases were referred to a Jaipur hospital, they were evidently refused treatment).

Many young children and women have undergone psychological trauma which is visible on their faces. The local school run by a charity was completely burnt and would need to be rebuilt at the earliest, so that the community can begin to heal.

The Rajasthani Banjara have been long-term residents of the basti for more than 35 years, and the families have ration cards; both women and men of the community also contribute to the local economy as day labourers. For them to be driven out by this vigilante mob (who mercilessly used latthis, large stones and other implements to scare innocent women and children, and set fire to their homes with petrol cans) is a very serious and unacceptable human rights violation, and is a shame upon our great nation.

We respectfully request on an URGENT basis the following:

Khagragarh: The Communalisation of Security Threats, the Targeting of Communities
Nobel Peace Prize Jury Under Investigation
Protection of senior citizens’ rights: awareness is the first step
Is Facebook going to play a serious role in 2019 India elections ?