CM Vasundhara Raje and other MLAs during budget session at Rajasthan Assembly in Jaipur. (TOI File Photo)
JAIPUR: Call it superstition or the fear of death. Legislators in the state are beginning to suspect that the Rajasthan assembly is haunted by spirits. The lawmakers believe that the House never retains its maximum strength of 200 members for long, either because one or the other member resigns, goes to jail or has an untimely death. And they blame it on ‘evil spirits’.

In fact, some of them have even shared their fears with chief minister Vasundhara Raje and urged her to call priests or clerics to pacify the ‘buri aatma’. A priest was spotted performing rituals near the assembly’s entrance on Thursday.

The demise of sitting BJP MLA from Singh Chouhan on Tuesday night has revived the belief and the fears of legislators who have been demanding measures to control the supernatural. 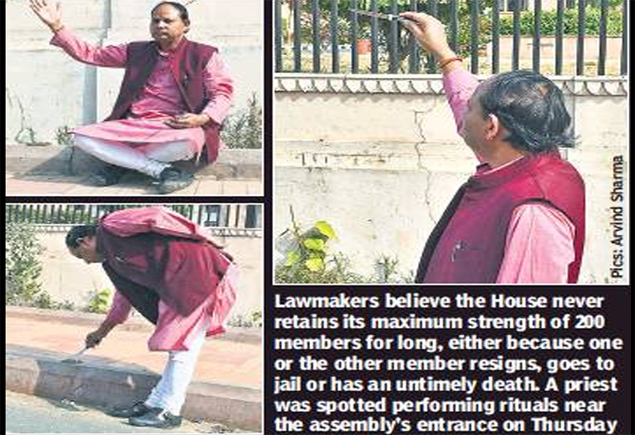 Last year, BJP MLA from Mandalgarh Kirti Kumari had succumbed to swine flu. Before that, BSP MLA B L Kushwah was jailed for murder. In the last assembly, Congress MLAs Mahipal Maderna, Malkhan Singh Bishnoi and Babu Lal Nagar were jailed on charges like murder and rape. 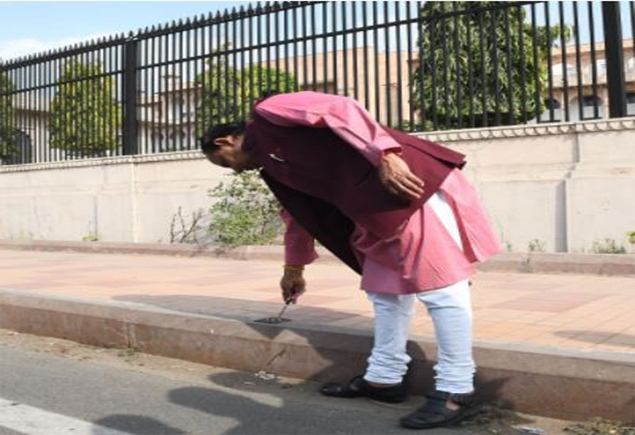 And yet, the superstitious MLAs fear all this is happening because the assembly building has been built by covering part of a cremation ground. Barely 200 metres from the building there still stands the Lal Kothi Moksh Dham (cremation ground).

The present assembly building, which is spread over nearly 17 acres and located close to the SMS Stadium, was built between November 1994 and March 2001. Before that, the state assembly was was housed in the old city’s Sawai Man Singh Town Hall that was built around 1884.

BJP MLA from Nagaur Habibur Rahman said, “The land over which the new building has been built was earlier used as a graveyard or for cremation and garbage ground where god knows what all used to be dumped. People must have buried bodies of children too here. Evil spirits usually roam around such places.”

The five-term MLA, who has been a minister too, said he was part of the committee that surveyed the land when the then CM Bhairon Singh Shekhawat sanctioned Rs 5 crore to build the new assembly building here. “To address my concerns about it being a graveyard/cremation land, they got some temples built in the vicinity,” Rahman said.

“When madam (Raje) asked us yesterday (Wednesday) why is this happening (untimely deaths of Chouhan and Kumari), I told her about this place’s past. I suggested that ‘yajna’ be performed or a ‘maulana’ be called to purify the place. It is in our culture. If we build at some wrong place, we can be freed through prayers and offerings,” he added.

Government chief whip Kalu Lal Gurjar said, “It’s true this assembly building has not had a full strength of 200 members for long. The untimely deaths of MLAs Chouhan and Kumari have worried us and we cannot help but think about the graveyard/cremation ground that was here. I believe that spirits can do bad. We spoke to the CM and she has assured us to do something about it.”