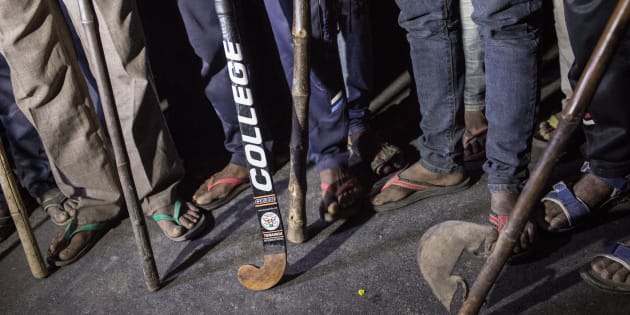 A Muslim man who was recently attacked by cow vigilantes in Alwar, Rajasthan, died of his injuries on Monday night, The Hindustan Timesreported today.

Pehlu Khan, 35, was among the 15 Muslims from Haryana’s Nuh district who were attacked by cow vigilantes over suspicion that they were smuggling cows in Rajasthan. While some of the injured men are in hospital, others are in judicial custody.

No one has been arrested for the attack on Saturday, which took place near the highway in the Jaguvas Bahror area of Alwar. “We have registered a case of murder against six persons and 200 unknown people,” Ramesh Sinsinwar, the station house officer of Bahror, told HT.

Last year, hundreds of right-wing activists vandalized at least 40 Muslim homes in Raghunathgarh village of Alwar, where residents were suspected of slaughtering cows.

The attack on Saturday comes in the midst of a crackdown in several Bharatiya Janata Party-ruled states over illegal cow slaughter. Taking cue from the Yogi Adityanath government in Uttar Pradesh, the governments in Rajasthan, Uttarakhand, Chhattisgarh and Madhya Pradesh have also initiated drives to shut down illegal slaughterhouses.

uploader of this video has deleted it from facebook fb link to his profile : https://www.facebook.com/rajyadav84

Ramesh Chand Sinsinwar, SHO of Bahror police station told the Indian Express: “Gau rakshaks affiliated with the Vishwa Hindu Parishad and Bajrang Dal stopped four vehicles, near Jaguwas crossing on National Highway 8, on Saturday evening, alleging that they were illegally transporting bovines. These vehicles were coming from Jaipur, and were headed towards Nuh district in Haryana.

While the assailants targeted the Muslims they let go one of the drivers, Arjun, as he was a Hindu. For Pehlu Khan the attack proved fatal. His body was handed over to family members after post-mortem.

“We were returning from a Saturday fair in Jaipur. I had bought two milch cows for Rs 75,000, and I had all the valid documents with me. We were not even trying to hide the cows, as we were taking them in a pick-up truck. At around 6 pm on Saturday, the gau rakshaks stopped our vehicle and asked us our names. They allowed our driver, Arjun, to leave,” Azmat, 22, who was with Khan in the pick-up truck told the Indian Express.

Azmat and the three others who were injured — Irshad, Aarif and Rafiq — returned to Nuh on Tuesday, alleging that they did not receive proper care at the Kailash Hospital in Behror in Alwar. “Everyone at the hospital was looking down at us… Pehlu died because he didn’t receive proper care,” alleged Azmat’s brother, Yusuf, 35.