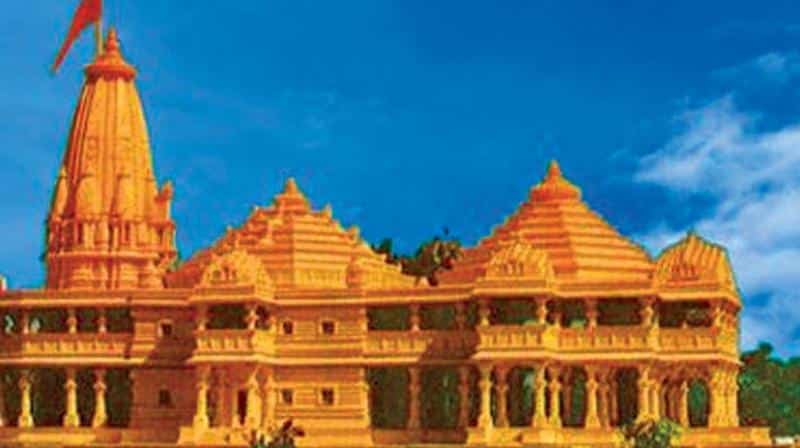 Dhavan was the lawyer for the Sunni Waqf Board and other Muslim parties in the Babri Masjid Ram Mandir case.

NEW DELHI — On 5 August, the ruling Bharatiya Janata Party will fulfil its longstanding promise of building a temple devoted to the Hindu god Ram on the spot where a mob had demolished a 16 century mosque in Ayodhya.

This closes a chapter of the political Hindutva-isation of India that starts with L.K. Advani’s Rath Yatra in 1990 and the demolition of the Babri Masjid two years later, and ended with the sweeping electoral successes of Narendra Modi in 2014 and 2019, 12 years after the Gujarat riots.

In this interview, Supreme Court advocate Rajeev Dhavan, who fought for the Sunni Waqf Board and other Muslim parties in the Babri Masjid-Ram Janmabhoomi title suit, said that judgments going back to sixties have given a nod to the idea that India was innately Hindu and that is now fructifying into an affirmation of “muscular nationalism.”

You argued one of the most important legal cases in India’s history. How do you feel?

I feel blessed. I feel even more blessed that I was able to fight it with courage, craft and conviction. I feel sad that we lost on technicalities, but should this happen again, I will appear again and again.

What are the Supreme Court judgments that you believe had led up to the Ayodhya verdict?

The first judgment on this, in my view, was a judgement in 1966 called Yagnapur Das Ji, where Justice (Pralhad Balacharya) Gajendragadkar indicated that everybody is a Hindu. But there are many denominations and sects that say that we are not Hindus. For temple entry, they may be all Hindus, which were the facts of the case, but he said we must take an expansive view of Hindu to cover everybody. It covered everybody (Jains, Buddhists) except Christians and Muslims. This to my mind was the first judgment of expansive Hindu-isation.

The second judgment came in 1995-1996 – argued by Ram Jethmalani — when the Supreme Court said that ‘Hindutva’ is a way of life. A three judge bench decided that you can appeal to your own religion, but not slander their religion. This in practical terms means a Hindu can go on and on about the greatness of Hinduism as long as he does not tell the Christians and the Muslims that their religion is bad.

But that would apply to all faiths.

Yes, but you see in campaigns what happens is that the Hindu juggernaut is much stronger.

The 1996 judgment on election appeal – Dr Ramesh Yeshwant Prabhoo versus Shri Prabhkar Kashinath Kunte – was reversed by the Supreme Court in Abhiram Singh versus CD Commachen in 2017.

While the majority (4-3) seized this opportunity to clarify that no appeals to religion is permissible in an election, a minority wrote a dissent which properly interpreted meant that you can always appeal to your own religion.

Babri. The Muslims proved their possession from 1858 because there were land grants by the British. Against the entire evidence it was decided that Hindus were in possession throughout from 1858 even though a judgment of 1886 clearly says Muslims have title and Hindus have a prescriptive right to pray. The Hindu side did not have to prove possession at all. The 1886 judgment clearly said that they were not owners. The (Ayodhya verdict) judgment is the oddest in the history of the Supreme Court.

There is a flow. The court has always expanded its Hinduism to the extent that it has always wanted to. The first judgment is for a mahayana Hinduism. The second one appeals to religion in elections. When you look at the Gujarat riot cases, Supreme Court showed sympathy, but didn’t exactly support the Muslims except on narrow points of law. When judgments co-opt a movement, you find the judiciary responding to, running away from or running on to muscular nationalism.

That is how a transformation in the country has taken place. Mild at first and then it becomes stronger because of the rath yatra and Babri Masjid and stronger and stronger and stronger until we reach the CAA (Citizenship Amendment Act). So the Hindu fundamentalism was always there but its muscularity has suddenly made it offensive.

Former Chief Justice (Ramesh Chandra) Lahoti (2004-2005), just before he retired, was very concerned about cows not being killed. So he wanted to reverse the five judge bench of 1958. The retiring Chief Justice suddenly put cows on the anvil and decided the cow was indeed sacred and we should not kill it. (In 1958, a five-judge bench in Mohd. Hanif Quareshi & Others vs The State Of Bihar, ruled against a complete ban on cow slaughter, confining it to “useless” cows. In 2005, a seven-judge bench in State Of Gujarat vs Mirzapur Moti Kureshi Kassab ruled in favour of a complete ban, famously stating that the “the value of dung is much more than even the famous Kohinoor diamond”).

What could the Supreme Court have done to expedite the habeas corpus petitions from Kashmir?

The Supreme Court was fiddling with procedure while Kashmir was under a state of militarism. The Supreme Courtshould have told the government that this is a serious matter and we are not giving you time to adjourn. File your affidavit in two days. We will decide the matter here. We are sending nothing to the High Courts. There are questions of human rights and civil liberties all over the place. We will decide it and we will decide it now.

What about the Supreme Court’s response to the petitions against the CAA.

At the time when the matter was before the Supreme Court, the Act had not been brought into effect. The Supreme Court could have easily passed an order staying it. That is what happened to defuse the Mandal Crisis.

(The Supreme Court in October 1990 granted a stay against the V.P. Singh government’s decision implementing the recommendations of the Mandal Commission).

But the Parliament had passed the bill. The Supreme Court saying don’t bring into effect would have been judicial activism in the extreme.

A status quo order has nothing to do with judicial activism. It is to quell the crisis.

How often is contempt of court invoked?

Whenever the judges feel like it. Contempt is now an open ended jurisdiction. They (journalists) are threatened with it all the time. And really there is no control over that jurisdiction at all.

Can you give some examples?

In 1969, the Supreme Court said that just because the Chief Minister of Bengal had made a statement about a case, he was guilty of contempt. In 1970, the Supreme Court held EMS Namboodripad (former CM of Kerala) in contempt for saying judges were class biased. (P.) Shiv Shankar (former Congress Party leader and External Affairs Minister) was nearly held in contempt except he denied he said it. (Shankar compared Supreme Court judges to ‘anti-social elements, foreign exchange violators, bride burners and a whole horde of reactionaries who have found their haven in the Supreme Court.’)

The greatest example of this is Justice (Markandey) Katju (retired) — a former colleague of Gogoi — had written an article saying that in this criminal case (Soumya murder and rape case of Kerala), a first year law student would have recognised the law to be incorrect. (Justice Ranjan) Gogoi (retired) called him to court and said I’m issuing a notice of contempt. I defended Katju and we decided it would be best for him to apologise and close the case. A very narrow apology was given.

Is the risk of contempt less if the judge in question has retired?

Now the contempt would not be against a sitting judge, but the court itself. It is an unreasonable restriction of free speech and Justice (V.R.) Krishna Aiyer has left us judgements to remind us that this power is not a power to play with.

What do you want from the Supreme Court?

I want the Supreme Court to uphold its jurisprudence of freedoms, rights and justice, which it has not been able to do in the last two years. I want it to be an arena where people can speak without fear or favour. That is the present struggle we have to sustain in the Supreme Court.

Have we come to rely too much on the Supreme Court?