Ram Temple will be Completed During this Government’s Tenure: VHP leader Sadhvi Prachi 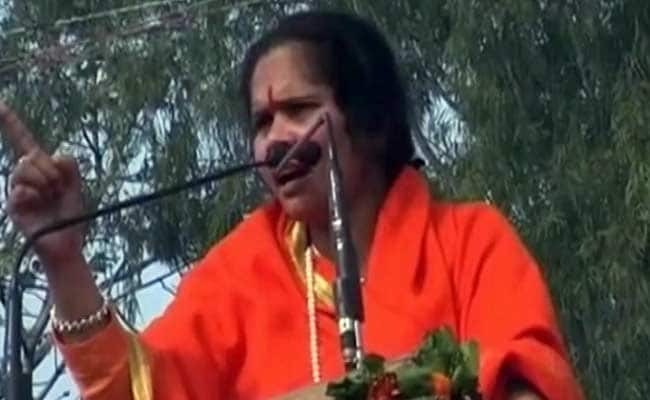 JALANDHAR:  Construction work for Ram Temple at the disputed site in Ayodhya would start “soon” and be “completed during this tenure” of the present NDA government, controversial VHP leader Sadhvi Prachi  said on Friday.

“The construction work for Ram Mandir at Ayodhya would start soon. It would be completed during the tenure of the current NDA government,” she told reporters at the sidelines of BJP Dalit Morcha National Executive meet.

She said the final decision in this regard would be taken in the two-day meeting of the VHP’s Kendriya Margdarshak Mandal.

“The two-day Kendriya Margdarshak Mandal meet starts on 25th of this month at Haridwar. Final decision about Ram Mandir’s construction would be taken in this meeting,” Ms Sadhvi said.

Asked about her controversial remarks over Salman Khan‘s bail in hit-and-run-case, Ms Sadhvi insisted, “Malegaon blasts accused Sadhvi Pragya was denied bail, rape victim nurse Aruna did not get justice for 42 years and she died, how come Salman got the bail so easily.”

Ms Sadhvi had earlier allegedly said that Salman was granted bail as he was a “Khan”.

Ms Sadhvi said she was not rapped by her organisation for the remarks.

She also criticised the BJP-SAD government in Punjab for “discriminating against” Dalits.

“The SAD-BJP government in Punjab discriminates against Dalits. This discrimination is not restricted to common man only but it’s meted out to ministers as well,” she claimed.

“Sarwan Singh Phillaur, a Dalit minister, was asked to resign after his name appeared in the Enforcement Directorate investigation in the drug smuggling case. But another minister Bikram Singh Majithia was given ‘clean chit’ despite being summoned by the agency for interrogation in the case,” Ms Sadhvi said.