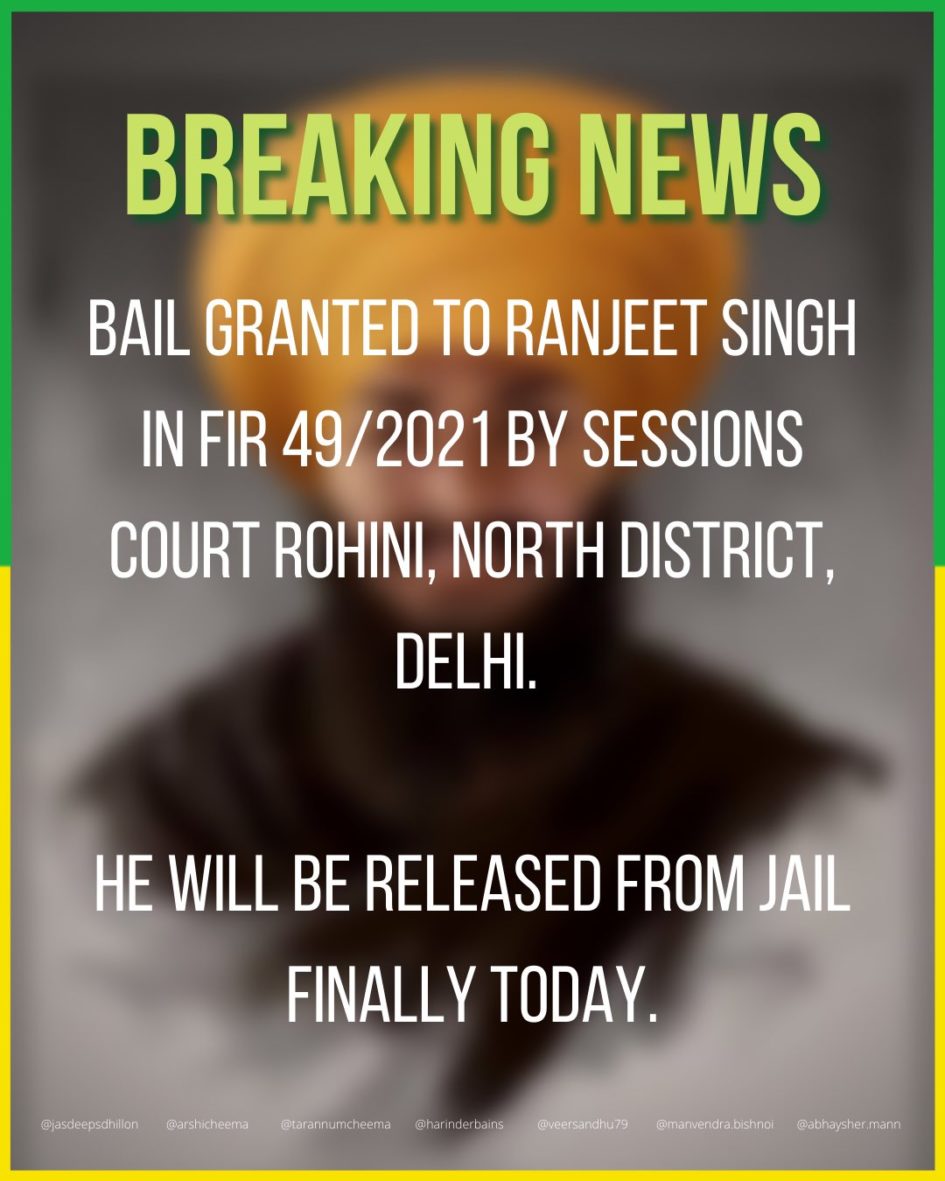 A Delhi court has granted bail to Ranjit Singh of Nawanshahr who was among the youths accused of attacking the police during the Singhu border violence.

The images of police ‘assault’ on the 22-year-old had gone viral on the social media.

Hailing from Kajampur village in Nawanshahr, Ranjit’s video grabs of being beaten with lathis and picked up — seemingly unconscious — too had gone viral.

His brother Pardeep Singh said the family was relieved after they received the news regarding bail to Ranjit.

“After the incident, I had met my brother four times and we all were praying for him. We will complete formalities regarding the bail at the earliest. I am looking forward to the moment when he will be released. We waited for it for so long,” Pardeep Singh said.

Video grabs of Ranjit being beaten up with lathis had gone viral on the Internet. Since then, the family had been denying the accusations of Ranjit attacking the police. The family had said Ranjit was a simple boy and couldn’t beat anyone.

Farmer leaders have denied Ranjit’s involvement in the violence. They claim Ranjit didn’t assault anyone that day.

The issue of alleged police brutality against farm protesters, including Nodeep Kaur, Shiv Kumar and Ranjit Singh, during the Delhi agitation had also echoed in the Punjab Vidhan Sabha.

India - Amnesty International is no case of Sedition
All the Modi men
India - Can your baby clear the patriotism test?
India - Family Planning? Not in Nagaland