Rape and Murder of a Student in Kerala #Vaw

It Is High Time to Ask Some Hard Questions

At a single stroke, the rape and murder of a Dalit law student has fully exposed the dimensions of social exclusion in contemporary Kerala. 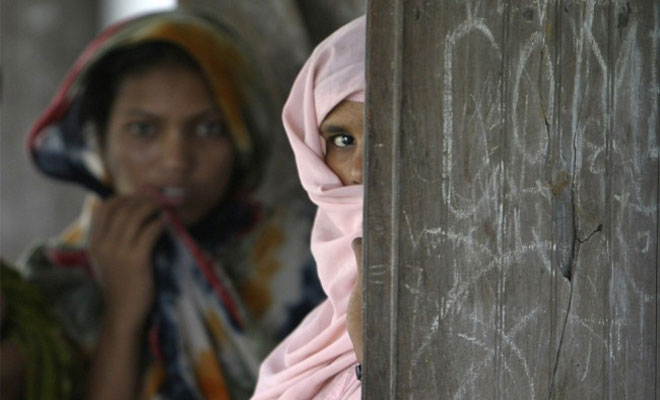 In a way that is perhaps unprecedented, today, a very large number of Malayalis feel connected to each other by a veritable tsunami of pain. No wonder perhaps, because the veils of our complacency have been ripped off too thoroughly. The immediate context is the gruesome murder of a young Dalit student in central Kerala, in the tiny, rickety squatter-shack that was her home, in full daylight.

At a single stroke, the incident fully exposed the dimensions of social exclusion in contemporary Kerala. Hers was an all-woman family among families deemed ‘properly gendered’, they were lower caste people trapped and isolated among upper and middle caste families, they were the working-class poor without property in an area full of propertied domestic-oriented bourgeois and petty-bourgeois families. Oppressed in all these ways, they were invisible to the state and the political parties. They possessed no form of capital that would have allowed them upward mobility. Yet, the young woman struggled on and reached the law college.

‘But she went to college’, some ask, ‘how could she have been so helpless?’

As a teacher, I feel complicit with the entire history of neoliberal transformation of the education sector, which no doubt forms the backdrop of her isolation, and the fact that not many students or teachers knew much of the stiff challenges that this brave young woman had taken on in her life.

Education in Kerala is no longer a service, but an industry, and the lives of students and teachers have changed accordingly. For sure, this did not happen overnight. There were times in which poverty was not shameful in Kerala. In my memory of college life, far from being resigned to poverty, poor students often refused to be cowed down by it. There was much less clarity about the caste and gender dimensions of poverty, but it was regarded as a structural thing – being poor was not poor people’s personal failing, and that much was clear to most. Such politics is no longer hegemonic.

Much has changed since. The middle class seems to have evacuated liberal arts colleges and the state law colleges; their children now crowd in technical education. The rich educate their children outside Kerala if they choose the liberal arts or professions. The arts and science colleges in Kerala are now populated by students who are often poor, lower-caste and female – many are first generation college-goers. Teachers in colleges, too, have changed. The rise in salaries has made college teaching a lucrative profession, and in colleges run by private managements, the donations required to secure a teaching job have apparently skyrocketed, reaching above 35 lakhs in some instances.

The job, then, is an investment and not a social vocation. The social distance between students and teachers has, not surprisingly, grown immensely. Nor have the kind of connections student leaders used to have with their followers remained the same across these decades. In short, the law student now is not the same as the law student of the 1970s or 80s.

But more importantly perhaps, the ideological horizon of this society has changed. If participation in democracy was once the gateway to securing well-being – and membership in the legal profession could be counted as a ticket in – today, it is the entry into the market that is touted as the royal road to prosperity.

So what advantage would a law student have?  After the mid-1990s, the mainstream Left in Kerala embraced neoliberal welfarism in an attempt to renew itself in the post-USSR era. True, the vital presence of the welfarist state in this imagination of development made some minimal difference. However, the idea that poverty was essentially to be dealt with by individual families that were poor – from which the position that poverty is essentially the individual family’s personal failing is just a step away – has been dominant in Kerala’s famed experiments in decentralised development.

Given that remittances to families from abroad are an important force of social change, this way of perceiving poverty could not but become all the more pervasive. The structural aspects of the poverty suffered by this family, then, would be largely invisible and their complaints would sound like disgraceful cribbing.

I am struck by reports that claim that the law student’s mother was ‘un-cooperative’, ‘quarrelsome’, ‘unpopular’, or ‘unpleasant’ (not to say of the initial reports that she suffered from mental illness). To me, that sounds like a typical way of silencing a woman who probably refused to take on herself the responsibility of her powerless state and who must have protested incessantly.

That is, someone who implicitly refused to accept the fashionable wisdom that if the poor are poor, then that must surely be because they have not tried hard enough to escape poverty – and must, therefore, as a first step, stop complaining and start working hard.

In other words, besides being weighed down by the immense structural disadvantage of gender, caste, and class, this was a family that perhaps did not consent to be meek feminine subjects of neoliberal welfarism. This is why they were apparently connected only weakly with the women’s self-help group networks or local party circles of the mainstream Left. This is why, perhaps, that despite some response from the government in the effort to secure shelter (according to reports, in 2014), the student and her family were unable to make any progress at all.

The police and the political establishment

‘But she was a law student, how could she have been so helpless?’

The question is so naïve, especially when raised by Malayalis who have been living here, it makes me want to weep. No, being a law student does not make you automatically closer to the police. The massive shift towards predatory-crony growth in Kerala, we all know, has almost completely altered our ideas of what the police are and what they can be expected to do.

In an increasing number of incidents in the past years, the local police have been found to act as the arm of, or remain blind to, the workings of predators of various kinds – the quarry capitalists, the sand-miners, builders breaking the law. No doubt, the Kerala police have come up with several innovative moves which involve the public, like community policing and the student-cadet police scheme, but it is doubtful whether the conception of citizenship that underlies these schemes is fully inclusive of the poorest, or goes beyond protectionism.

And not to speak of the Kerala police’s moral-policing concerns largely focused on young people, which is a striking contrast to their failure to protect them from the heightened circulation of dangerous mind-altering drugs (thanks, in no small measure, to prohibition in Kerala), or cellphone-centred ‘pornography’, which are now often DIY rape-manuals for boys.

‘But she was a law student, how could she have been so helpless?’

This question makes me think that the people who ask these questions have no sense of the struggles contemporary India is passing through. Students in India who hail from underprivileged castes and classes have been indeed conspicuous as the social group which has sensed that the mobility unleashed by the economic change of the past two decades remains far from them.

They have protested – and indeed, become an inextricable thorn in the flesh of a government that has been desperate to use Hindutva nationalism to precisely cover up this failure. The violence that it now unleashes against politicised students is so public that those who still feel that students, or law students, can access justice must surely be strangely disconnected from India’s present. Or they must be like the BJP, which does everything in its power to deny students citizenship but will still try to play protector to ‘women’, in a totally opportunistic way.

Nevertheless, the outrage that now spills out into the streets as protests now connect us all is an opportunity to take a hard look at ‘normal’ social life in Kerala. Sometimes violence offers extraordinary illumination, though we may not care to see. I remember such an opportunity from years back, during the tribal struggle at Muthanga in Wayanad, Kerala, when the Adivasi woman leader C. K. Janu was beaten and publicly humiliated.

Those were the days in which Malayali women were being celebrated as agents of neoliberal welfarist self-help. I am being self-critical here; those of us who protested against police violence at Muthanga did not notice how Janu had implicitly refused the terms of ‘good subjecthood’ in mainstream welfarist neoliberalism, thereby revealing its limits.

The law student’s death offers a similar opportunity for us to reconsider the social effects of the much-cherished dream of the Malayali new middle-classes, of ‘growth’ – to ask hard questions about what we want to be as a society. Let us not spare ourselves this time. The pain that we share holds the power to set aside mutual distrust, however momentarily, and think of how we may take upon ourselves the responsibility for the other’s safety.

J Devika is a feminist researcher and teacher at Centre for Development Studies, Thiruvananthapuram.http://thewire.in/2016/05/11/the-rape-and-murder-of-a-student-in-kerala-it-is-high-time-to-ask-some-hard-questions-35151/