Rats In Pants, Made To Drink Urine, Called A Terrorist 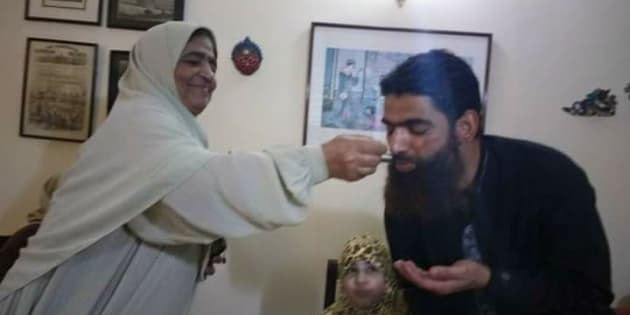 NEW DELHI — Barely three weeks after the serial bomb blasts in Delhi killed 67 people and injured over 200 in October 2005, Mohammed Rafiq Shah was picked up by a joint team of officers from the Delhi Police Special Cell and Kashmir Police’s Special Task Force. Later, Shah would recall how the officers barged into his Srinagar home around midnight, beat up his family members, and bundled him into a police car.

“I was forced to drink urine instead of water, kept naked and forced to suck private parts of body (sic) of other co-accused,” he told the court in 2008, when he was being charged with planting a bomb in a DTC bus on 29 October 2005. “Rats were poured into my trousers. Police officials were laughing and taking my naked photographs with their mobile phones.”

“I was forced to drink urine instead of water, kept naked and forced to suck private parts of body (sic) of other co-accused.”

Shah, then a masters student of Kashmir University’s department of Islamic Studies, repeatedly told the police officers and the court that he was in fact attending classes in Srinagar at the time the blasts took place in Delhi. Despite his attendance record submitted by four of his professors, the case went to trial, and Shah stayed in jail for 11 years until he was acquitted by a trial court in Delhi on 16 February, 2017.

“When I was crying for help, they used to tell that (sic) every Kashmiri is a terrorist,” Shah told the court.

“To shake my religious sentiments, (sic) small pig was brought in got my whole body touched with it. After that I was locked along with the small pig in a single cell,” Shah told the court.

The local police, in its investigation, relied on a witness who had apparently provided a physical description of the man who planted the bomb in the DTC bus, and had even helped the cops draw a sketch of the accused. However, the witness told the court that he had only seen the bomber’s back, and could not identify the person. The portrait too, disappeared from the police file, and was never shown in court.

“When I was crying for help, they used to tell that (sic) every Kashmiri is a terrorist.”

The Delhi Police Special Cell claimed they never saw such a portrait even though the case file was transferred to them within a couple of days after the blasts. The police did not try to conduct a ‘test identification parade’ (TIP) through this witness either, where the witness could have picked the accused from a lineup of suspects.

The police did try to conduct a TIP through another witness who claimed to have seen the bomber, but his description of the man he saw was completely different from that of the other witness. Shah refused to be part of the TIP, alleging that the police exposed him to this witness several times so that he could ‘correctly’ identify him, a common technique in police procedure in which the witness is sometimes tricked into believing that he has seen the suspect before.

At the same time, despite statements by Kashmir University professors who said Shah was attending his classes in Srinagar when the blasts took place in Delhi, one of the police investigators told the court that he did not know Shah was a student there. Shockingly, the cop had actually written a letter to Kashmir University asking for Shah’s attendance records, as revealed in court.

The police never followed up on this line of investigation, which established that Shah was not present in Delhi at the time of the crime and was one of the main reasons why he was acquitted last week. The court called the police’s explanation for not following up on his alibi “rather lame to say the least”.http://www.huffingtonpost.in/2017/02/20/rats-in-pants-made-to-drink-urine-called-a-terrorist-the-shoc/?ncid=fcbklnkinhpmg00000001