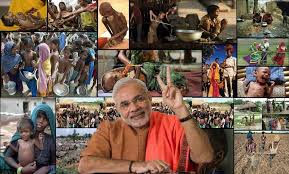 By ET Bureau | 12 Aug, 2013,
On Friday, the day of Eid, when holiday crowds thronged one of Ahmedabad’s biggest malls, its management decided to control the numbers by levying an entry fee of Rs 20, refundable if the entrant made a purchase instead of returning emptyhanded from a sojourn in air-conditioned comfort. Fair enough.Except that the levy applied only to Muslims (The Times of India, August 10). Those discriminated against in this fashion resented this, naturally. But this act of discrimination should concern not just those who were mortified by its direct experience, but all of us who hope to build a prosperous India where anyone can live in dignity, regardless of their religious or other group identity, and enjoy equality of opportunity.

Many would think it unfair to the sadbhavna (goodwill)-seeking chief minister of the state,Narendra Modi, to hold him responsible for the conduct of the mall management. But it is precisely his politics that breeds the sensibility that underlies the mall’s decision to treat Muslims differently. That politics stems from the ideology of the Sangh Parivar headed by theRashtriya Swayamsevak Sangh, which believes in the primacy of Hindus in Hindustan and imputes second-class status to all non-Hindus, Muslims in particular. That there have been no communal riots in Gujarat since 2002 is touted by the Parivar as evidence of the Modi government’s commitment to identity-blind governance. Evidently, a quiet marginalisation of Muslims has been afoot, to an extent where a shopping mall can openly discriminate against them.

In Gujarat, it is not explicit laws of the kind used by Nazis that are at work, but a silent consensus in which discrimination seems entirely normal. Politics that builds such a consensus can destroy India as we know it, and must be shunned.

International Day Of Persons With Disabilities: Why The Indian Constitution Still Fails At Inclusivi...
Internet to remain free and fair in India: Govt approves net neutrality #Goodnews
India where is your PRIORITY ? - Focus on education, not meat: Laureate
Why Islamic feminism is not a contradiction #bookreview