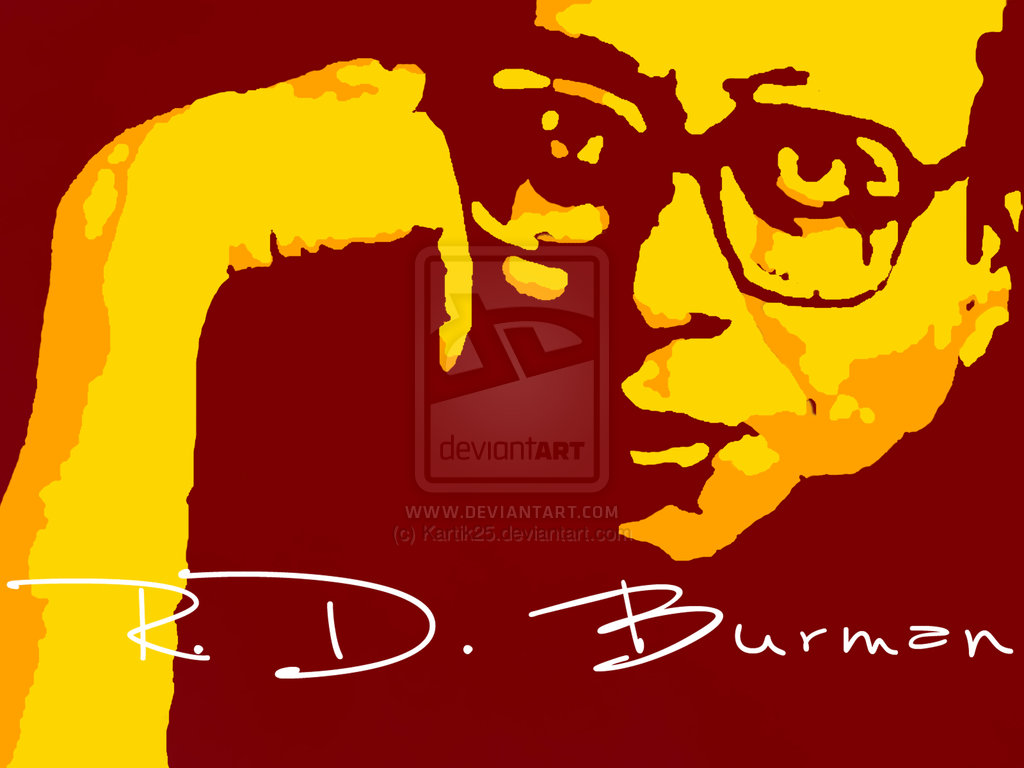 “Today is the 21st death anniversary of RD Burman. He was such a talented artiste… he used to compose songs and could also sing very well himself. He loved to try different methods and techniques while composing songs.

“I pay an emotional tribute to such a great artiste,” Mangeshkar posted alongside the links of two of her favourites songs composed by Burman- ‘Tere Bina Jiya Jaye Na’ and ‘Bahon Mein Chale Aao’

On his 21st death anniversary.

– RD Burman was nicknamed as Puncham and was popularly addressed by most of his industry friends the same name. Apparently the nickname was given to him by actor Ashoke Kumar when he heard the newborn Rahul saying the word Pa repeatedly. Another story says that RD Burman could cry in five different notes and hence was called Puncham (meaning five in Bengali).

RD Burman did schooling from St Xavier’s School in Kolkata.

His first movie as a Music Director was ‘Raaz’, which was to be directed by Guru Dutt. The film was shelved, and 2 songs already composed for the movie was used in other films.

He was famous for having music sessions in his studio with various artists across the country. There one could find Santoor player Shiv Kumar Sharma, flautist Hari Prasad Chaurasia, Louis Banks, Kersy Lord and many others jamming together. He also freely took advice from them for his various compositions.

There were many films that were made after Pancham Da died in 1994.The list includes Dil Vil Pyar Vyar and Jhankar Beats.

The music for the song “Mehbooba” by R.D.Burman for the movie Sholay was “inspired” by a Western tune, “Say You Love Me” by Demis Roussos, a singer-songwriter of Greek origin.

R. D. Burman and Lata Mangeshkar sang only one duet together. This was for the Gulzar starrer “Libaas”

Pancham introduced the sound of the flanger to Indian film music. The “twang” kind of sound you hear in songs like “dhanno ki ankhon” and “nahin lagta haye dil” was created by putting the flanger on a guitar.

Not many know that the mouth organ played in the song ‘Hai Apna Dil To Awara’ sung by Hemant Kumar in the film ‘Solva Saal’ is played by R.D. Burman himself.

R. D. Burman pioneered the use of electronic organ in Indian Films with the song ‘O mere Sona re’ (Teesri Manzil).

In ‘Chura liya’ R. D. Burman used the sound of a spoon hitting a glass.

It is said that in order to get the sound of raindrops, R. D. Burman spent a whole rainy night in his house’s balcony recording the sound he wanted.

R.D. Burman played the mouth organ for his friends Laxmikant-Pyarelal in a song in ‘Dosti’ and also in a movie for Kalyanji-Anandji.

R. D. Burman’s song ‘Beeti Na Bitaayee Raina’ from ‘Parichay’, was composed by him in a hotel room. Both Lata Mangeshkar and Bhupinder won a National Award for it.

R. D. Burman was the first to introduce the Brazilian bossa nova rhythm in Hindi film music – the song was “Maar dalega dard-e-jigar”, sung by Asha, in “Pati Patni”.

In ‘Abdullah’ R. D. Burman used the sound of a bamboo whistle with a balloon tied to it for a song.

– RD Burman was nominated 18 times at the  Filmfare Awards in the Best Music Director category. Of these, he won  thrice for Sanam Teri Kasam (1983), Masoom (1984) and 1942 A Love Story(1995). Incidentally he won his last award posthumously.

Latin rock album Pantera., is an album that exemplifies World Music it is this. Pantera was Pancham`s collaboration with Jose Flores. It was a huge success in Latin America. It has some upbeat 80s English and Spanish tracks… although rarely heard in India it is a must have album for all RD fans.

The evening raga Khamaj happened to be RD’s favourite and most often used raga. This song in 1942 A Love Story set to Khamaj happened at a time when RD’s confidence as composer was at an all-time low, but the tune doesn’t reflect that at all. Kavita Krishnamurthy sounds as fresh as Manisha Koirala looks on screen, in what turned out to be RD’s swan song. Khamaj is a raga best enjoyed as the sun sets. This song was released posthumously after he suddenly passed away on January 4 1994. The song is a fitting tribute to the genius that Pancham truly was.

#RIP- Feminist and Sociologist who studied intersection of gender, caste
‘Queen of Thumri’ Girija Devi no more #RIP
Ten Songs That Force Us to Think About the True Meaning of Azadi
R.I.P - Radical Feminist and author of 'Dialectic of Sex,' dies in NYC at 67