With the news flashing all over, a name, which a very few people might have heard before is flowing on social media. Journalist Ram Chander Chhatrapati, who ran a local daily Poora Sacch, was the journalist who exposed the rapes of two women at Dera headquarters in Sirsa in 2002.

Months after Chhatrapati published an anonymous letter giving details about how women were sexually harassed by the godman at Sirsa ashram, was shot from point-blank range right outside his house on October 24, 2002.

Chhatrapati in his newspaper had addressed the anonymous letter to the then Prime Minister Atal Bihari Vajpayee and heads of several other institutions including the Chief Juctice of Punjab and Haryana High Court.

Ram Chander Chhatrapati highlighted the ‘deeds’ of Ram Rahim in the article. The letter, reportedly written by a woman follower of Baba Ram Rahim, narrated how the Dera chief sexually exploited his women followers at the ashram. 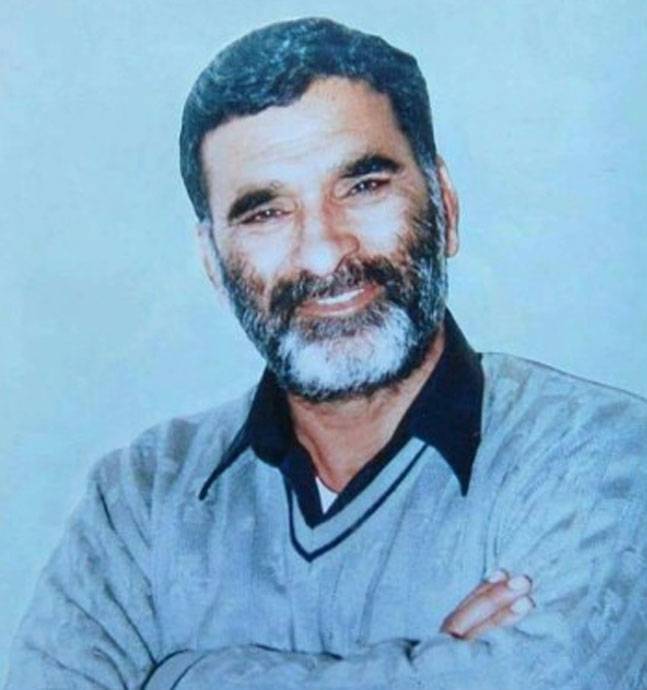 Lest we forget: 15 yrs ago, journalist Ram Chander Chhatrapati, was shot dead for bringing out #RamRahimSingh‘s rape case out in the public. 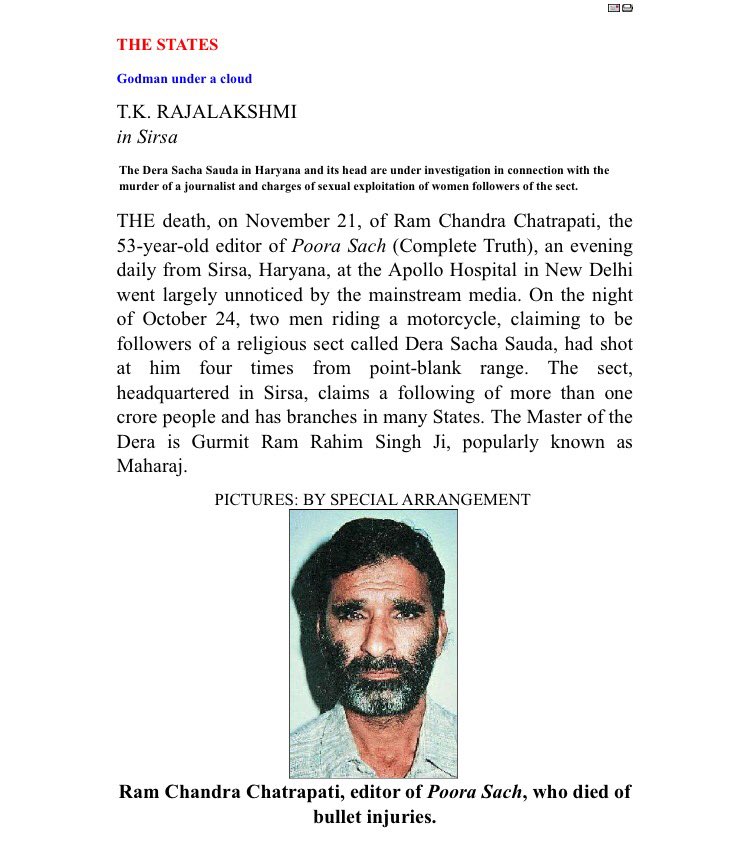 Ram Chander Chhatrapati. The Editor from the local Daily, Poora Sach, who had exposed the Ḍera. He was shot from Point Blank Range

The Punjab and Haryana High Court took note of the letter and directed the then district and sessions judge in Sirsa to order a probe into the matter.

It was after Chhatrapati’s report, that a case was raised against Ram Rahim on December 12, 2002, under Section 376 (rape), 506 (criminal intimidation) and 509 (insult to the modesty of woman) of the Indian Penal Code (IPC).

According to an Indian Express report, during a resumed hearing in the Ram Chander Chhatrapati murder case in 2011, the CBI had dropped a follower of Dera as a witness.

Chhatrapati was killed on October 23, 2002, allegedly by Nirmal Singh and Kuldeep, who used to work as carpenters.

According to Central Bureau of Investigation (CBI), Dera Chief Gurmeet Ram Rahim had ordered the killing of Chhatrapati for publishing news about illegal activities in Dera Sacha Sauda, Sirsa. The CBI also alleged that a scooter and pistol were provided to Nirmal and Kuldeep by Krishan Lal. The pistol is registered in the name of Lal.

Protest - Aadhaar card to be must for state health scheme
Shaheed Divas - Join struggle of Contract workers of Chhattisgarh
What's worse than Kashmir ?
Band 'Motorcycle Shayaris' and the Rap song on Holi #protestmusic