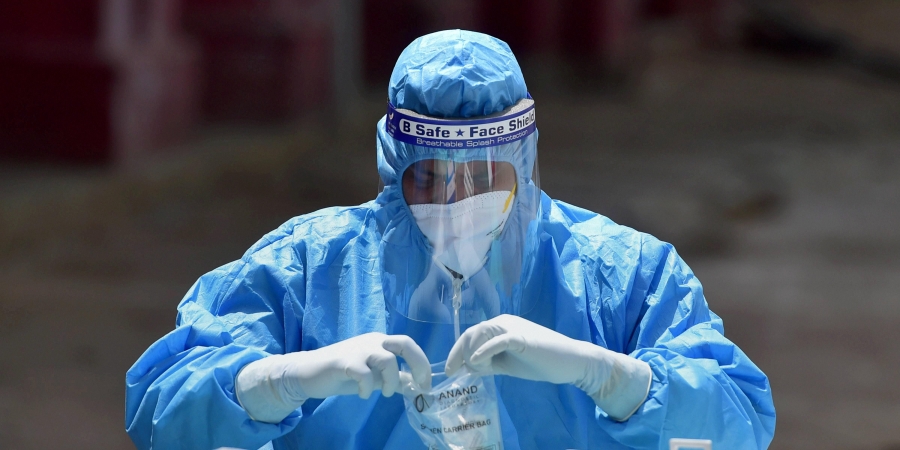 The ICMR-led survey, made public earlier this month showed a national seropositivity level of only 0.73 per cent based on 28,000 samples collected from 70 districts.

Researchers acting under government orders expunged from a scientific paper the prevalence rates of the new coronavirus infection in containment zones or hotspots in 10 cities, estimated through a nationwide survey, authoritative sources have said.

The head of India’s health research agency, Balram Bhargava, had asked the researchers to remove the infection prevalence data from the 10 cities’ hotspots they had included in their paper, multiple people familiar with these events have told The Telegraph.

Bhargava, director-general of the Indian Council of Medical Research (ICMR) and health research department secretary, told the researchers that the council did not have approval to publish the findings from the hotspots, the sources said.

Health researchers, apparently under instructions from ICMR bosses, removed a crucial part of the first national serosurvey study conducted to assess the true extent of Covid-19 spread before it was finally published, this newspaper has reliably gathered. The omitted data showed that 15 to 48 per cent of the populations sampled in containment zones in 10 hotspot cities had been exposed to the SARS-CoV-2 infection, several researchers involved in the serosurvey told this correspondent. Ahmedabad’s containment zone had the highest seropositivity level.

The ICMR-led survey, made public earlier this month — nearly three months after completion — showed a national seropositivity level of only 0.73 per cent based on 28,000 samples collected from 70 districts.

After analysing the data from 70 districts and 10 hotspot cities in May, the researchers had submitted their results to the ICMR DG Balram Bhargava. They were told that mention of the containment zone data would have to be removed before the results can be published in the ICMR’s Indian Journal of Medical Research, sources said, requesting anonymity. “We were told either to remove the figures from the containment zones or not to publish the findings at all on the grounds that there was no approval for publishing the full paper without specifying from whom the permission was sought,” said a source.

“We pushed for the publication of the full data, but when it didn’t work, we agreed to go ahead reluctantly with the first part of the survey thinking that getting the paper peer-reviewed was important,” the source said. “Also, some of us felt that omission would be obvious and could prompt independent pressure or questioning.”“The Centre and the ICMR have been insisting that the nationwide lockdown imposed in March had successfully reduced the spread of the disease and deaths, but the figures from hotspot cities did not fit in that narrative,” another source said, adding that there is “no plan to publish the second part of the survey”. All efforts to reach out to Dr Bhargava for his response were futile as he did not answer phone calls, nor did he reply to an e-mail query sent by this newspaper.

Independent experts expressed shock at what they called was a clear case of violation of ‘research integrity’ by the ICMR. “This cherry-picking of data looks a clear bid to help the story the ICMR has been trying to sell,” said Dr Amar Jesani, bioethicist and the editor of the Indian Journal of Medical Ethics. “But research integrity means that the sponsor of a research project cannot selectively publish one part of data and not release another part, whatever may be the consequences.”

Senior virologist Dr T Jacob John said, “What has happened with the CDC under the Trump administration is happening with the ICMR in India, which seems to also be interfering with science,” he said. “I feel the ICMR will lose whatever credibility it has because of its politicisation of health science and research.”

Mapping Covid spread
Researchers collected 28,000 samples from the districts, categorised on the basis of zero to high prevalence, in early May and 5,000 samples from 10 hotspot cities that contributed nearly 70 % of India’s total Covid-19 cases at the time. These cities included Mumbai, Ahmadabad, Pune, Delhi, Kolkata, Indore, Bhopal, Hyderabad, Jaipur, and Surat.