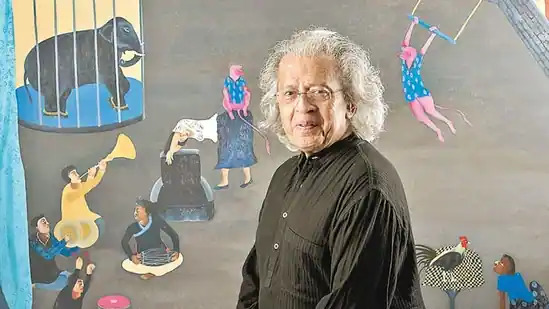 Renowned journalist and writer Anil Dharker passed away on Thursday. He was reportedly suffering from a cardiac illness.

Over a five-decade-long illustrious career, he had been a columnist and writer, an architect, a member of the advisory committee of the film censor board and more.

Dharker, who was in his mid-70s, was the editor of several publications including Mid-Day and The Independent and played a vital role in opening the Akashwani Auditorium in south Mumbai as an art movie theatre.

His columns appeared in leading publications both in India and abroad. He was the author of The Romance of Salt.

Following the news of his demise, heartfelt messages and condolences poured in on Twitter paying respects to the late writer.

He was also responsible for opening the Akashwani Auditorium in South Bombay as an art movie theatre.

Dharker has been the editor of a variety of publications, starting with Debonair (a monthly), Mid-day and Sunday Mid-day (evening papers); The Independent, a morning broad-sheet from the Times of India group (described by the then Finance Minister Dr Manmohan Singh as the best newspaper in India) and The Illustrated Weekly of India.

He has also been a columnist for The Indian Express.

He has been an invited member of 100 Citizens of Bombay, a member of the Advisory Boards of the Indian Council for Cultural Relations (ICCR), Doordarshan, the Children`s Film Society of India and several film funds for production of films in India. He has also been the recipient of several awards for journalism.

Paying tributes to the late journalist, Shobhaa De tweeted: “Goodbye dearest Anil. An elegant mind, a stylish writer, and a loyal friend. You will be missed by all those whose lives you touched. RIP”.

Expressing grief over Dharker’s demise, columnist Bachi Karkari tweeted: “Extremely saddened by the passing of the many talented Anil Dharker. I can safely say no other Indian Litfest curator had his deep, emotional commitment or drive. Knew him for well nigh 50 years. Flourish as much up there, dear Anil.”

Poet, lyricist and Chairman of the Central Board of Film Certification (CBFC) Prasoon Joshi tweeted: “Saddened to hear about Anil Dharker passing away. Will miss and cherish the discussions we had about life. A stimulating mind, nurturer of literature and art who thrived on ideas.”