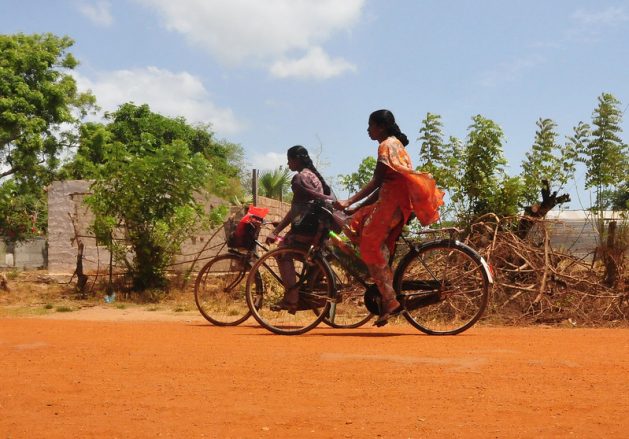 MBABANE, Aug 19 2020 (IPS) – The coronavirus pandemic has resulted in the escalation of violence against women and children in Sri Lanka.

A recent survey by CARE Consortium, a collection of three organisations including Delivery and Solitary Trust (DAST), Young Out Here and National Transgender Network, found that 26 percent of respondents experienced violence during the COVID-19 curfew. The COVID-19 curfew was imposed in March and lifted in June in an effort by the government to curb its spread.

The survey titled COVID19 Impact on Key Populations PLHIV and SR Organisations shows that 76.8 percent of the respondents experienced verbal abuse, while 7.8 percent encountered physical and 5.6 percent sexual violence. The survey further reveals that the main perpetrators were neighbours at 49 percent followed by parents at 25 percent, intimate partners at 24 percent and the police at 10 percent.

Out of the 329 respondents, 56 percent were men, 16 percent transgender women, 16 percent sex workers, 32 percent people who use drugs and 3 percent beach boys.

According to Niluka Perera, a consultant from CARE Consortium, most of the respondents did not seek support after experiencing the violence because they did not know where to go.

“There is no safety net when key populations face violence because they cannot go to the police,” Perera told IPS. “The violence is based on their identity which is stigmatised and even the police tend not to care.”

For example, he said, a sex worker who gets beaten up by someone is not likely to report the incident to the police because, although sex work is not criminalised, it is not practised in the open.

He attributed the escalation of violence during COVID-19 lockdown to the fact that members of the key populations had to be confined to their homes with their abusers who maybe their family members. Some of them lost their sources of income which exposed them to further abuse.

“The abuse further contributed to mental health concerns,” said Perera. The survey found that out of 248 respondents, 174 expressed hopelessness, 159 said they were stressed, 95 suffered from anxiety and 34 experienced depression.

He told IPS it is acceptable that the focus is on women and children when talking about gender-based violence because they are the ones who experience it the most. However, Pereira said it is important to address violence against men as well because it is often overlooked.

He said trillions, that could help to reduce poverty and hunger, are invested in activities that perpetuate violence such as buying guns for the army or supporting wars. Army budgets across the world are always increasing.

“The systems we have, not only in Sri Lanka but all over the world, are too happy to invest in things that perpetuate violence,” said Perera.

Shelani Palihawadana, the coordinator of the sexual and reproductive health access to youth with disabilities at the Youth Advocacy Network Sri Lanka, concurs, adding that the COVID-19 pandemic has worsened police violence. She argued that most of the violence meted by police is against men which is referred to as police brutality and not GBV.

“Police tend to be violent when arresting men compared to when they’re arresting women,” Palihawadana told IPS. “There needs to be awareness around GBV against men because men then take the violence they experience to their families.”

She said men who are members of the Lesbian Gays Bisexual Transgender Intersex and Queer (LGBTIQ) are ignored even when they go to report GBV cases at the police because they are expected to be tough.

Like Perera, Palihawadana said some forms of GBV have been normalised in Sri Lankan society such that complaining about them does not attract any action. For example, she said, women are always exposed to sexual harassment when using public transport, something that is no longer considered an issue because it happens all the time.

According to Desaree Soysa, the chairperson of the youth technical advisory committee at Family Planning Association of Sri Lanka, the government is not making enough effort towards meeting the commitments made at the Nairobi Summit to end GBV and eliminate any discrimination against vulnerable groups including key populations.

She said, since the 25th International Conference on Population Development (ICPD) where the promise to accelerate progress towards meeting the target of SDG5 by 2030, nothing much has been done.

The Japan Parliamentary Federation for Population and its secretariat, the Asian Population and Development Association (APDA), has committed to endorse the ICPD25 agenda. As part of its work in Asia, APDA has focused its work on the prevention of violence against women and girls.

“Attention is given to COVID-19 and during the curfew period we couldn’t even meet,” Soysa told IPS.

Besides, she said, ministers are not interested in GBV issues in the middle of a pandemic and hoped that more work will be done once COVID-19 has been put under control.

Soysa said Sri Lanka has made progress in reducing its maternal mortality rate to 1 percent, the lowest in Asia. But she said more needs to be done in giving women access to safe abortions.