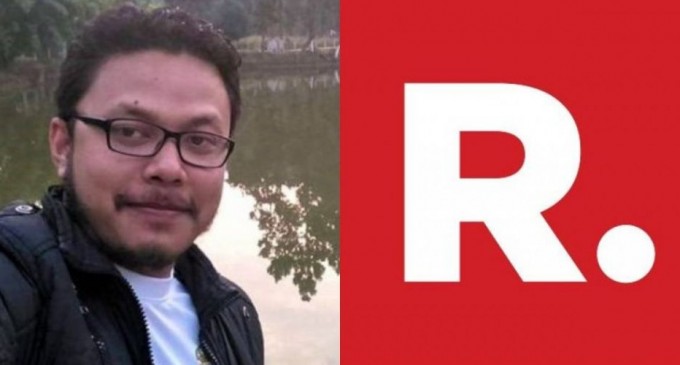 Republic TV’s Assam correspondent Anirudha Bhakat Chutia has been accused by a Guwahati-based woman of kidnapping and physically assaulting her. An FIR has been registered against Chutia at Guwahati’s Dispur Police Station on 1 December on the basis of the woman’s complaint. He was in police custody for two days before being released on 3 December. According to a report published in The Wire, the accuser alleges that on the night of 1 December while returning from work she encountered Chutia — who was allegedly drunk and was accompanied by an unidentified man — in a secluded lane in the Six Mile area of Guwahati. “He was drunk, stopped me to talk and before I could react, he and that man dragged me into their house on the lane by putting a knife near my neck,” she told The Wire. After being forcefully taken into the house (located in an adjacent area named Jayanagar), she claims her hands were tied to a chair. “When I resisted, he also sexually assaulted me. His mother was also present in the room and abetted him,” she further added.

Once her hands were allegedly set free, she took out her mobile phone, that was on silent mode then, and informed her colleagues about her whereabouts, following which they came and rescued her, she said.

She claims Chutia lived in a lane next to her home and that they had met previously a couple of times, strictly on professional terms. She told The Wire that Chutia had been trying to pursue her for a while, but she always ignored him.

As per the FIR lodged by the police, a copy of which has been published in a report by NorthEast Now, Chutia has been charged with multiple offences under IPC sections 341 (Punishment for wrongful restraint), 347 (Wrongful confinement to extort property, or constrain to illegal act), 392 (Punishment for robbery), 354 (Assault or use of criminal force to woman with intent to outrage her modesty, 323 (Punishment for voluntarily causing hurt) 506 (Punishment for criminal intimidation) and 34 (Acts done by several persons in furtherance of common intention).

It is also reported that Chutia was released two days later on 3 December under section 41 of the CrPC. The accuser also alleges that the police department is “acting under pressure” and various details of the incident have been deliberately left out by the police while filing the FIR against Chutia. Several news reports claim that the police officials refused to comment on anything pertaining to this case.

Neither Chutia nor the media organisation he works for (Republic TV) have released statements pertaining to this issue.