Reviewing the passage of the Aadhaar Bill

Constituent assembly debates show that courts can review the Speaker’s decision to designate a Bill as a money Bill, as was done with Aadhaar 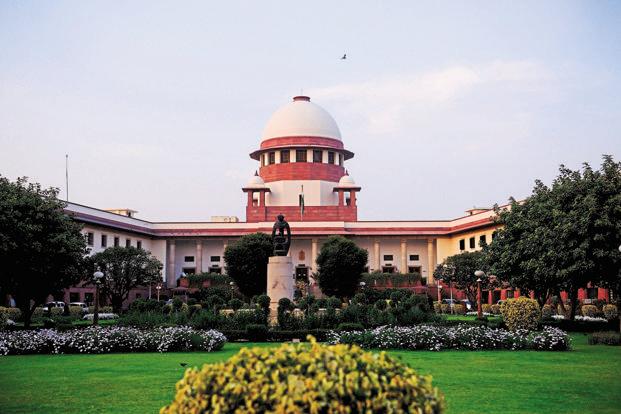 The Aadhaar Bill, upon approval by the Lok Sabha, was certified as a money Bill by the Speaker. Accordingly, amendments suggested by the Rajya Sabha were not considered and the Bill was enacted into law. This led to a constitutional challenge by Jairam Ramesh, who alleged that the Speaker incorrectly certified the Aadhaar Bill as a money Bill, allowing the Lok Sabha to completely bypass the Rajya Sabha.

In an article, “Judicial Review And Money Bills”, in the National University Of Juridical Sciences Law Review (Pratik Datta, Shivangi Tyagi and Shefali Malhotra, Volume 10, Issue 2, 2017), we answer the CJI’s question in detail. One clear indication that the Speaker’s decision (to certify a Bill as a money Bill) is not precluded from judicial review lies in the deliberations of the constituent assembly.

The Constitution adopted the concept of money Bills from the British Parliament Act, 1911. The difference between the provisions of the 1911 Act and the Constitution reflects the intention of the constituent assembly. Section 3 of the 1911 Act accords absolute legal conclusivity to the decision of the Speaker. It reads: “Any certificate of the Speaker of the House of Commons given under this Act shall be conclusive for all purposes, and shall not be questioned in any court of law.”

The constituent assembly avoided the words “conclusive for all purposes” and “shall not be questioned in any court of law”, steering clear of an explicit bar on judicial review of the Speaker’s decision.

This can be attributed to three crucial differences in the constitutional scheme of both countries. First, the UK follows parliamentary sovereignty, where the legislature is supreme, while India treats its Constitution as supreme.

Third, the Indian Parliament has to follow procedures laid down by itself and those written into its Constitution. The UK does not have a written constitution, hence it is impossible to violate it.

Barring judicial review of the Lok Sabha Speaker’s decision would imply that the Speaker, an officer of the legislature, can bypass constitutional procedures with impunity and that the judicial review power of courts is relinquished to this officer. This would have been at odds with the overall scheme of the Indian Constitution.

The intention to uphold judicial review as the supreme arbiter of due process in Parliament is further reflected in the debate on Article 122. Article 122 states that “the validity of any proceedings in Parliament shall not be called in question on the ground of any alleged irregularity of procedure”.

H.V. Kamath suggested an amendment that would ensure the proceedings could not be “called in question in any court”. Rejecting this suggestion, B.R. Ambedkar replied: “I do not think it is necessary, because where can the proceedings of Parliament be questioned in a legal manner except in a court? …the only forum where the proceedings can be questioned in a legal manner and legal relief obtained either against the President or the Speaker or any officer or Member, being the Court, it is unnecessary to specify the forum.”

This is a categorical clarification that the constituent assembly did envisage judicial review over the legality of Parliamentary proceedings, except in the case of any alleged irregularity of procedure, i.e. rules of procedure laid down by Parliament itself. The immunity does not extend to violation of any procedure laid down under the Constitution (including the decision of the Speaker to certify a Bill as a money Bill).

The endorsement of the Speaker’s certificate on money Bills is based on the recommendation of the expert committee on financial provisions. The intention was to avoid controversies “about matters outside the lower house”. It can be concluded that the Speaker’s certificate on money Bills was to avoid any controversy on the issue before other arms of Parliament, the upper house and the president. It was never to allow the Speaker free reign over crucial parliamentary business, in subversion of the Constitution.

Constituent assembly debates do not provide answers to many constitutional questions. The framers could not have envisioned a world where biometric identity would be ubiquitous. However, sometimes the debates throw light on what the intention was.

In this particular case, the debates answer the CJI’s question directly.

Shefali Malhotra is a researcher at the National Institute of Public Finance and Policy.