Right to constitutional remedies is the Constitution’s soul. Surely SC is mindful of that 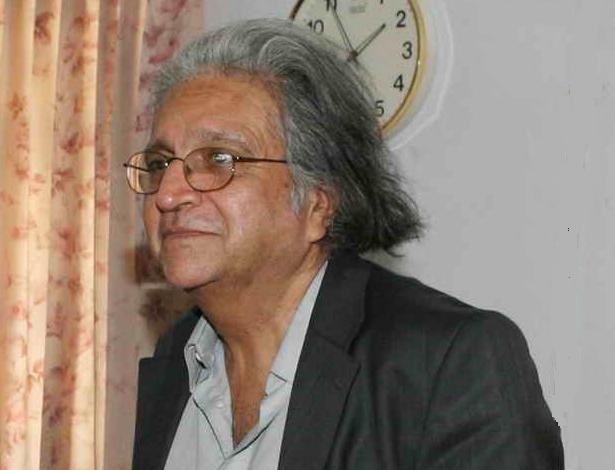 The learned Chief Justice of India, Justice SA Bobde, is reported to have stated during the hearing of journalist Siddique Kappan’s bail matter, that the Court was trying to “discourage” recourse to Article 32, the fundamental right to constitutional remedies. Pratap Bhanu Mehta, in a scathing article (‘Their Lordships & Masters’, IE, November 18) says that the CJI has “unwittingly let the cat out of the bag”, demoting the fundamental right to a mere matter of organisational adjudicative leadership. For him, this is “a perfect metaphor for our times”, because such discouraging involves episodic suspension of Article 32. Apart from recalling philosopher Walter Benjamin’s thesis that there is “no document of civilisation which is not at the same time a document of barbarism”, I do not engage the wider aspects of his analysis but here focus narrowly on the analytic of Article 32.

The cat was out of the bag a long while ago. The apex judicial process shows clearly that the Court regards Article 32 as a judicial power subject to the fundamental principles of administration of justice. It has already extended rules and doctrines such as laches (delays) or res judicata (a matter already decided by a competent court) or any other principle of administration of justice. CJI M Hidayatullah in Tilokchand (1970) said that what Article 32 does is to keep open “the doors of this court” and requires the state not to “put any hindrance” to a person seeking to approach the Court. But this does not mean that “the Court must ignore and trample under foot all laws of procedure, evidence, limitation, res judicata and the like”. Justice MP Thakkar (and Justice BC Ray) in Kanubhai Brahmbhatt (1987) went even further: Speaking of the “alarming proportions” of judicial delays, they observed that “time for imposing self-discipline has already come, even if it involves shedding of some amount of institutional ego” and to “inspire confidence in the litigants that justice will be meted out to them at the High Court level, and other levels”. True, faith “must be inspired in the hierarchy of Courts and the institution as a whole” and not” only in this Court alone”. So, even if there is a constitutional right to remedies it remains subject to the discipline of judicial power and process.

But the Court has also discovered new facets of Article 32. As early as 1950, it has ruled that powers under Article 32 are not limited to the exercise of prerogative writs; in 1987 the Court ruled that it has powers to rule for compensation of violation of fundamental rights; and in 1999 it said that this power extended to the rectification of its own mistakes or errors. Thus, it is simply unworthy to attribute or impute any insidious motive from a stray remark: Does CJI Bobde at all wish to cancel all these norms, and more?

Many further questions are raised. First, can the CJI or the Court as a whole suffer from epistemic collapse so as to receive sharp reminders and rebukes from citizen commentators? How may we ever forget that justices swear an oath to protect the “constitution by law established” and that they inherit judicial worlds and wisdom? Second, justices usually come to the Supreme Court not as Alice enters the Wonderland; rather they emerge as judicial beings after long years at the bar and the bench, and many have served as chief justices of one or more high court. Are they then likely to suffer from amnesia of the constitutional fact that Article 32 does not merely confer wide powers on the Court but also the judicial duty to provide constitutional remedies?

Third, do lawyers and justices not know that what distinguishes Article 32 from Article 226 is the very dimension; the high court’s vast jurisdiction technically casts no duty on them to enforce fundamental rights. They have the discretion to act or not to; in contrast, the Supreme Court must.

Fourth, Article 32 is not absolute, no constitutional right is. Of course, the Supreme Court decides on what “appropriate proceedings” should be for it to be so moved. But the Court may not prescribe any process as it likes but only that process which preserves, protects and promotes the right to constitutional remedies.

Article 33 clearly says that the right will not extend to the members of armed forces, those members of armed forces “charged with the maintenance of public order”, those “employed in any bureau or organisation established by law” for “intelligence or counter intelligence”, and “employed by any State bureau or organisation established by any Force” for (or in connection with) “telecommunication system”. Article 32 may not restrict or abrogate the “maintenance of discipline among them”. The Court has also upheld (in 1997) the 50th amendment enlarging the scope of this article against a challenge of the basic structure of the Constitution. And the power may validly be delegated to the rule-making competence of the executive, provided that such rules “are necessary for ensuring the proper discharge of duties by the Armed Forces”.

Justice AK Patnaik, editing further DD Basu’s “Shorter Constitution of India”, rightly doubts the state power to amend a law under Article 33, and particularly Article 34 , authorising Parliament to indemnify particular persons “for any act done… in connection with the maintenance or restoration of order in any area within the territory of India”. But even such a power, Justice Patnaik rightly maintains, will not eclipse the right of a “person… detained without the authority of law… to move for habeas corpus”.

The just demand for an expeditious and effective bail system stems from manifest discrimination in bail where one case is fast tracked whereas others are consigned to slow moving judicial action, even when rights to life and health are endangered. Scandalous judicial delays, measures of decongestion and diversion, and a bold resolution of “who watches the watchman” syndrome now demand urgent apex response.

Explained | How Supreme Court has interpreted Article 32 over the years

As the Yale historian Rohit De reminds us vividly, Article 32 makes the apex court into a “people’s court”. And future historians should not be able to conclude that the Court deliberately dealt deathblows to this “soul” of the Constitution, as Babasaheb Ambedkar described Article 32.

This article first appeared in the print edition on November 25, 2020 under the title ‘Protecting Article 32’. The writer is professor of law, University of Warwick ,and former vice chancellor of Universities of South Gujarat and Delhi.