“In 2008, the Commies brought down former PM Rajiv Gandhi’s statue in Tripura with the inspiration of #Lenin, neither their intellectual voices nor @INCIndia had a problem with this”, tweeted Prafulla Ketkar. Ketkar is an editor with Organiser, which is the mouthpiece of the RSS.

In 2008, the Commies brought down former PM Rajiv Gandhi’s statue in Tripura with the inspiration of #Lenin, neither their intellectual voices nor @INCIndia had a problem with his.

According to Ketkar and several other right-wing supporters and sympathisers, leaders and supporters of communist parties who are crying foul over the desecration of the statue of Lenin at Belonia in Tripura, are themselves guilty of resorting to such politics. Gaurav Pradhan, who is followed by Prime Minister Narendra Modi on Twitter too reiterated the same. His tweet was retweeted over 800 times.

Would u guys say something about it or Lenin is your new father now?

This image has been tweeted by multiple users. Here are some more examples. The Sootradhar account below is also followed by PM Modi. 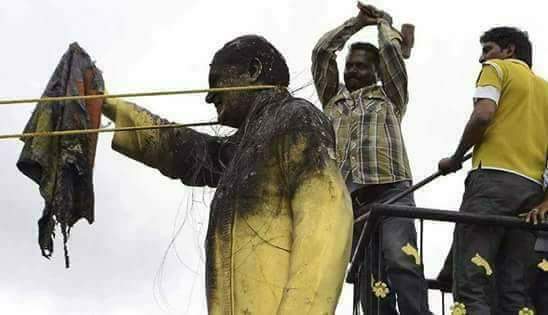 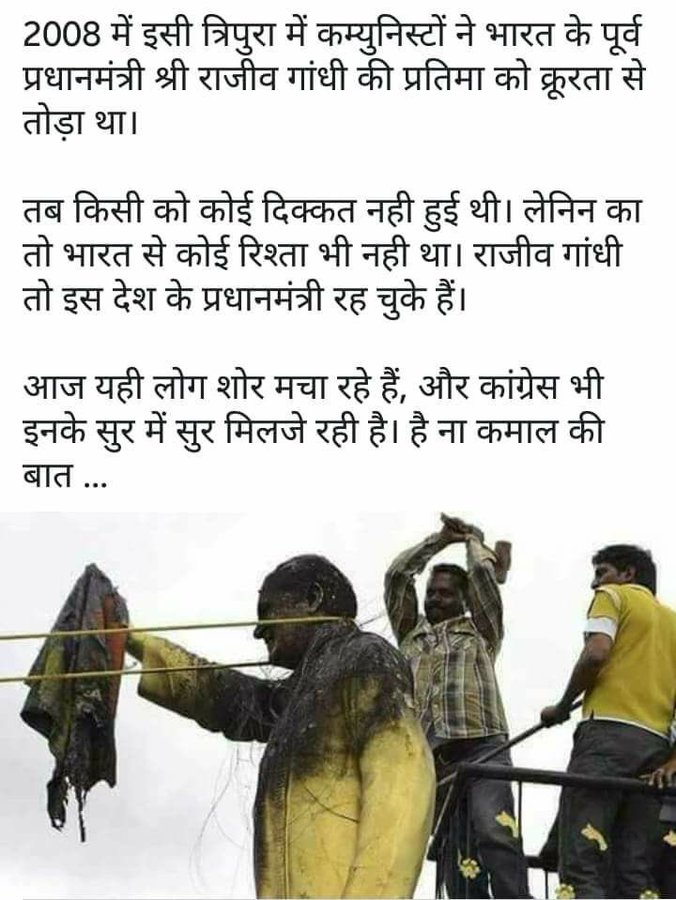 Communists of Tripura broke and dismantled Rajiv Gandhi’s statue in 2008. Did you hear a squeak from anyone, even from the party who elected him as PM? Nobody uttered a word. That is why the present outrage is purely hypocritical. I support removal of Lenin statues by law

Did the Left Govt raze Rajiv Gandhi statue in Tripura in 2008?

So, is it true that the Left Govt demolished a statue of the Former Prime Minister in Tripura in 2008, as claimed by right-wing supporters on social media? Not quite.

The above photograph was carried by Deccan Chronicle in the year 2013. It was clicked in Andhra Pradesh. The statue of former PM Rajiv Gandhi was pulled down by protesters who favoured a united Andhra Pradesh. The state was formally bifurcated in 2014 and massive protests had broken out then against the Congress-led UPA Govt. The picture posted above can be accessed here.

Earlier, it had been observed that the desecration of the statue of Lenin in Tripura had been applauded by BJP leaders and supporters on social media. This included BJP National General Secretary Ram Madhav, BJP spokesperson Nalin Kohli and Rajya Sabha member Swapan Dasgupta. Now, the right-wing ecosystem on social media is indulging in whataboutery over vandalism with the help of a misleading image.