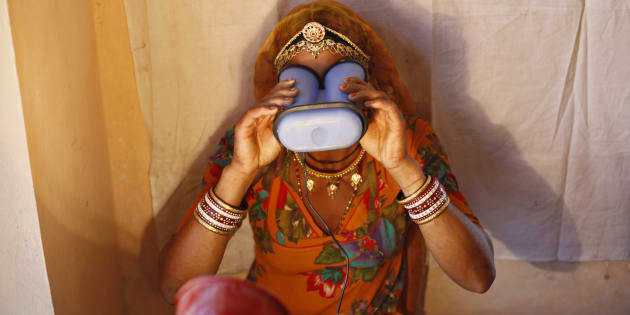 While the Supreme Court of India set a 9-judge bench to establish whether the right to privacy is a fundamental right under the Constitution — in relations to petitions against the Modi government making the Aadhaar card mandatory for several crucial government schemes — senior Soli Sorabjee, Shyam Divan and Gopal Subramanium began their arguments in front of the apex court on Wednesday morning.

According to tweets put out by lawyer Gautam Bhatia, all three lawyer’s argued against the government’s statement that citizens don’t have an absolute right over their body.While former Attorney General of India Soli Sorabjee argued that privacy was “an inalienable right inhering in the very personality of human beings”, litigation lawyer Shyam Divan said, “Privacy includes the right to be left alone, freedom of thought, freedom to dissent, bodily integrity, informational self-determination.”

The argument against Aadhaar has been that since it requires biometric data it infringes upon the right to privacy of citizens, Shyam Divan argued:

Shyam Divan: We have an unbroken line of decisions since 1975 recognising the right to privacy.

SD: it is time to affirm that four decade old jurisprudence, not to regress.

SD: The specificities will be developed on a case to case basis. But at the minimum, it must entail this.

SD: Can you compel an individual to give up their information? We say that violates the right to privacy.

Shyam Divan argued that, “The source of privacy: it emanates from a conjoined reading of the golden triangle of Articles 14, 19, and 21.”

While Article 14 of the Constitution of India states that “The State shall not deny to any person equality before the law,” Article 19 articulates the rights of Indian citizens to freedom of speech and expression. Article 21 states, “No person shall be deprived of his life or personal liberty except according to procedure established by law.”

Saying that the Supreme Court itself had “articulated thirty unenumerated rights under the Constitution”, Shyam Divan said:

SD: If that is so, privacy must be a right.

Citing various cases like “Gobind vs State of MP (first Indian case that recognized a fundamental right to privacy, 1975)” and “Rajagopal vs State of TN (1994)” Shyam Divan argued that:

SD: There are fourteen judgments, in an unbroken line, that have held that privacy, or an aspect of it, is a fundamental right.

Shyam Divan also cited international scholars on the right to privacy saying, “Infringement of privacy is an affront to the dignity of the individual. The mark of a civilisation can be seen in how it treats personal privacy.”

He added, “In the reference order, it is asked whether all other rights in Part III will be denuded of vigor and vitality if there is no privacy. We say, that is exactly what would happen.”

Earlier in the day Gopal Subramanium had argued:

GS : Privacy is embedded in all processes of Human life and liberty.

GS: These two words are intended to convey an inherent right recognised by the Constitution.

GS : Privacy is not a penumbral right, or a right in the shade of other rights. Privacy is the essence of liberty.

GS : All human choices are an exercise of liberty. And they all presuppose privacy.

GS : The human being has both an internal and an external aspect. And if he is to exercise external liberty, there must be internal privacy

Subramanium too spoke about the conjunction of Articles 14, 19 and 21 saying, “These rights can only exist under limited government.”

Soli Sorabjee took over from Subramanium and said:

SS : Privacy is an inalienable right inhering in the very personality of Human beings.

SS: Article 19(1)(a) does not guarantee a freedom of the press. But you can deduce it from free speech, which courts have done.

Several petitioners have approached the apex court over the problems of the biometric authentication system. In April the court had said, “Parliament, in its wisdom, has decided that Aadhaar should be made mandatory for PAN….It is not for this court to say that PAN was not working, so this is good. That is not permissible. We cannot question the wisdom of Parliament like this.”

Talking about the safety of Aadhaar, Divan had argued, “The powers given to the registrar for control over personal data creates a laughable situation. The Registrar can retain biometric data. This is “devastating”. These third parties have no privity with the govt. Imagine their quality control.”

Highlighting the risks of Aadhaar Divan had said, ” In a world with this identity theft – in fact, the govt itself is publishing this data online – why compel me to part with this? I can change my password. I cannot change my fingerprints.”

Divan argued that “the Aadhaar project alters the relationship between the State and the individual. It is an issue of civil liberty.”