New Delhi: Noted documentary film maker and freelance journalist Shubhradeep Chakravorty passed away on Monday morning in the national capital. He breathed his last at the All India Instituted of Medical Sciences (AIIMS) where he was admitted for last one week after suffering from brain hemorrhage. He is understood to be under depression for the intimidation he was facing and due to the banning of his latest documentary on Muzaffarnagar riots.

A post-graduate in Political Science and International Relations, Chakravorty’s first documentary was on the horrific incident of the 2002 train carnage in Godhra, titled Godhra Tak: The Terror Trail. The film was taken as evidence by the investigative commission formed by then railway Minister Lalu Prasad Yadav. 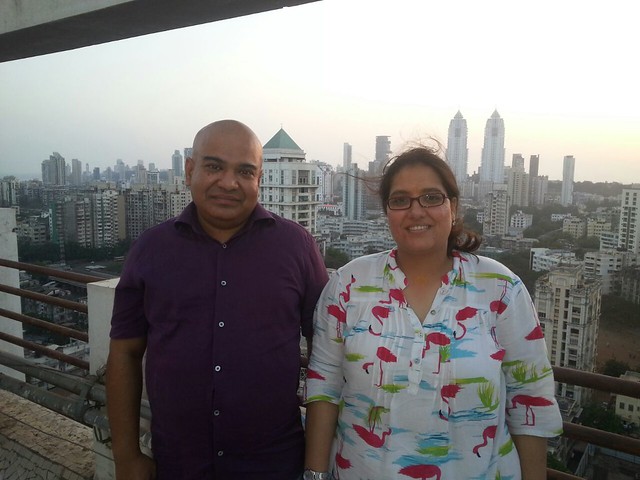 A recent photograph of Shubhradeep Chakravorty with wife Meera Chaudhry in Mumbai.
His next film Encountered on Saffron Agenda? was on the spate of fake encounters in Gujarat, including Sadik Jamal, Javed Seikh, Ishrat Jahan and Shorabuddin Seikh. His next film Out of Court Settlement that came out in 2012, was on the attack, intimidation and murders of lawyers defending terror accused, including Shahid Azmi.

Later same year, his fourth film, After the Storm came that narrated the ordeals of seven youth who were acquitted from terror charges but were still finding it difficult to have a fresh start of their lives, as their past continued to haunt them.

His latest film was on the Muzaffarnagar violence, titled En Dino Muzaffarnagar, which was not cleared by censor board for public screening.

Due to his work and his bold stand on issues of communalism Chakravorty has been on the receiving end of the communalism for some time now. He was attacked by the Hindutva activists in Jaipur and was even taken into custody though later cleared of all charges. 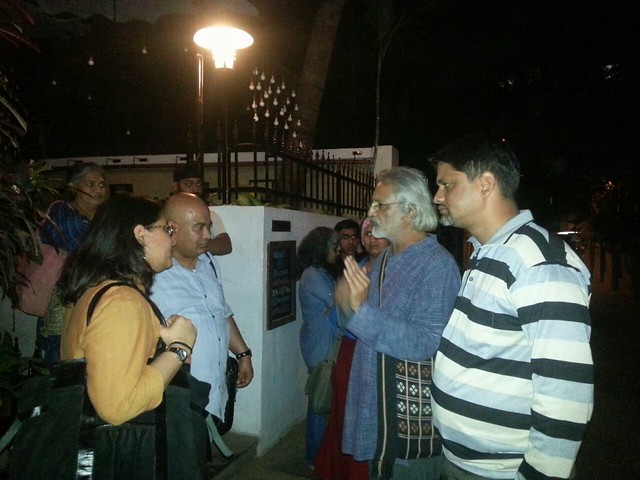 Shubhradeep Chakravorty with Meera Chaudhry, Ananad Patwardhan and others after the screening of film En Dino Muzaffarnagar in Prithvi Theater, Juhu in Mumbai.
Expressing his grief on the sudden demise of a talented and young film-maker, Ananad Patwardhan issued a statement saying, “Shubhradeep had been very depressed because the CBFC did not pass his film. Last week the Appellate tribunal also refused it a certificate,” adding, “The film is an indictment of Hindutva politics that led to the violence in UP and it is no surprise that under a Modi government no one has the guts to pass this brave, truthful film.”

Originally from Faizabad, Chakravorty was living in Delhi with his wife and collaborator Meera Chaudhry.