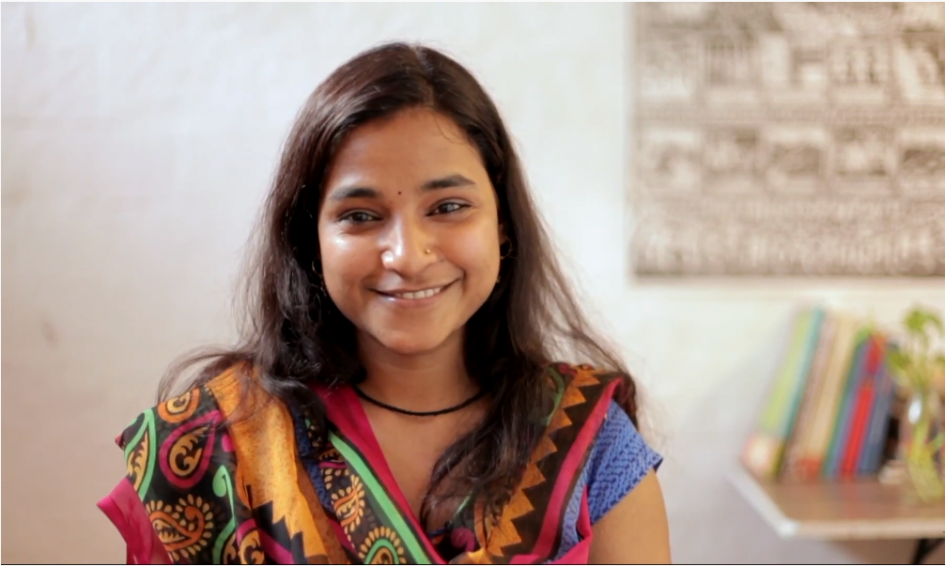 Her reports from Varanasi in Uttar Pradesh shone light on acts of injustice.

On the morning of May 4, we received the news of our dear colleague and saathi Rizwana Tabassum’s death with utter shock. Reports say the cause of her death was hanging. The reasons for her abrupt departure are not clear and the case is being investigated by the police. The days that followed saw an outpouring of grief, love and respect for a journalist so young and so fearless.

Nearly nine years ago, in June 2012, Rizwana, who we came to know as Riz, joined Khabar Lahariya, a grassroots feminist media organisation in Uttar Pradesh. She was just 19. She rode a cycle just over 5 km from Lohta in Harpalpur to Varanasi city for her interview. One of us, then the editor of the publication, travelled to Varanasi from Bundelkhand by train and arrived late. Riz playfully took us to task. It was pleasantly surprising to see someone so young speak her mind so freely.

“I may look small,” she told us, anticipating our hesitation, “but don’t go by my age and size. It is my dream to become a journalist because I have not seen many girls pursue this, definitely not the Muslim girls of my community. I want to be the first girl to break with this regressive tradition.”

With the interviews done, we informed the candidates that we would make the selection in a few days. Riz was the only candidate who took our phone numbers, unfailingly calling us every day to check if she had made it and tell us that she could not wait to start. We hired her, impressed by her enthusiasm and curiosity. She started at Varanasi, reporting and producing the local Bhojpuri edition of Khabar Lahariya for those parts. Over the next six years, she grew into a feisty journalist with an unmistakable nose for news.

To be a Khabar Lahariya journalist is not easy, the odds are generally stacked against you. You have to swim against the constant tide of patriarchal constraints that rise from your families, society and state – and from a disproportionately male profession. Khabar Lahariya journalists have fewer resources and protections than other journalists, but work harder than most. Many are the sole wage earners of their families.

But their journalism is unabashedly feminist and fearless, which is discomforting to the society they live in and report from. The personal is very much the political for them. Riz embodied all this and much more.

As the country slid to the right in 2014, when the Bharatiya Janata Party swept the general elections, Riz grew more politically aware and fearless in her writing. In early 2016, during panchayat elections, she reported on the alleged gang rape and death of a young Dalit girl whose mother chose to contest the local polls, despite receiving threats from the men in her village. The case shook Riz but she continued to follow up on the story, even as others moved on from the incident.

As Varanasi, the prime minister’s constituency, shot into limelight, Riz turned her kadi nazar on the city she called home. She wrote about the farmers whose crops were destroyed for building the PM’s helipad, clicked revealing photographs of garbage piling up in front of government offices, investigated the rise of Hindutva in her alma mater Banaras Hindu University, and kept a close eye on the villages adopted by the prime minister.

Over six years at Khabar Lahariya, she learned to write, report, edit, record, produce. She could edit videos, manage social media, do a voiceover, host a relationship advice column – all in a day’s work. She never lost this appetite to learn and hone her craft, even when she left Khabar Lahariya in 2018 to chart an independent path of her own.

In the last two years, when she started writing for other publications as a freelancer, she learned how to pitch stories, worked on her writing, and read voraciously. When asked about her routine, she said one day: “I mop and clean the house in the morning, then I leave for work. I come back in the evening and cook. After 10 pm, I sit down to study, no one disturbs me.”

To us, also independent journalists now, Riz was one of the most successful and tenacious freelance reporters. No assignment was too big for her, no editor was out of her reach, and no payment too little. She created a network of sources, seniors and peers she could depend on. She maintained a personal blog of poetry. On social media, she had acquired a sizeable audience with her sharp commentary. We cannot remember a day when Rizwana did not write.

On May 3, one day before we lost her, she shared a screenshot of her Facebook post on the plight of sex workers of Varanasi during the pandemic, which had gone viral. Often, she would tell us with a chuckle that editors at The Print and The Wire were being trolled for the pieces she had written for them. She had nurtured her byline with care and she took immense pride in it.

Riz was forthright about her ambitions too. “This year I want to win the Ramnath Goenka award,” she told us often. To somewhat jaded, cynical journalists like us, she was an unwavering source of ideas and enthusiasm. She made it possible for us to collaborate, report and publish in Hindi, to imagine reporting projects, independent collectives and cooperatives.

“This could be a great story.” “We should give voice to people.” With these words she would urge us into action.

It was also around this time that she began to assert her multiple identities – as the daughter of a weaver in Varanasi, as a Muslim woman in a country where increasingly minority lives do not matter, and as a freelance journalist whose freedoms were under constant threat. In her cover letter to the Network of Women in Media, India for a fellowship in 2019, she wrote:

“I come from the Bunkar community of Varanasi. Usually, in my community, no girl is allowed the freedom to pursue education or opportunities after Class 12. Families remain hesitant to send their girls outside their communities. I, however, prevailed upon my family to let me study…Even today, I remain the most educated and highest earning professional woman in my family and community.

The experience at Khabar Lahariya really taught me to see how things are on the ground – that the Indian model of development has left behind some communities, castes and women. Rural Muslim women in particular have been left behind, and it is their voices, stories, and experiences that I want to amplify. It has also taught me to recognise, shape and articulate my own identity as a Muslim woman in contemporary India. My journey has not been easy, but it is filled with experiences, anecdotes, observations and learnings that I am itching to share.”

Various reports after her death have engaged in unfounded speculation about her personal life, once again reminding us of the ongoing struggle women have to wage to assert their freedom to work, dream, wear what they want, go where they please, love who they want to. They have multiple identities and cannot be reduced to just a woman wronged or a victim of a love affair, Riz would have certainly said.

To us, living in this country of clampdowns and arbitrary arrests, inhumanity and inequality, where there is no room for dissent, Rizwana’s voice and work told us what it is like to live life as a Muslim in contemporary India. As a young independent Muslim woman journalist, always clad in a burqa, she reported from spaces that refused to welcome her, including her own alma mater Banaras Hindu University.

In November last year, students protesting the appointment of a Muslim professor to the Sanskrit department threatened Rizwana and refused to let her report, because of her religion. “My home is 14 kilometres from the university, it takes me an hour to reach home…do you know how disappointing it is for a freelance journalist who gets paid per article to come home without a story? What makes me really sad is how students have let their hearts and minds be so easily poisoned with hatred,” she wrote on the World Press Freedom Day, the day before she passed away.

The state’s crackdown on citizens protesting against the Citizenship Amendment Act, particularly Muslim women and young Muslim students, affected her. She wrote from the Shaheen Baghs of Delhi, Lucknow, Kanpur and Varanasi. She wrote of the torture activist Sadaf Jafar endured in custody, the toddler so cruelly separated from her mother, the activist Ekta Singh, the students whose madrasa was burned down in the Delhi violence. “How could anyone be so inhuman? Did they even think of the students, what would happen to them to see their books, their place of education destroyed?” she asked us in a conversation.

Kashmir also held a special place in her heart. Having visited once as a tourist, she wanted to go back to write, to speak to women who lived with loss every day. In our last phone conversation on May 2, she told us of her latest plan to somehow travel to the Valley. On that same day, she grieved for Safoora Zargar, the student leader from the Jamia Millia Islamia University who had been arrested by the Delhi Police.

It is a week after her unexpected passing and we are still in disbelief. We wake up every morning, fully expecting a call or at least a message from Riz to hurry up on stories. We have lost not just a dear friend and comrade, but a person we drew strength and solidarity from every day.

It seems bittersweet now that only a few days earlier we had recorded the first episode of our podcast series, called Lockdown Diaries, in which Rizwana, in her own voice and words, recorded the stories of women fighting and losing their freedoms in this continued lockdown. “Why do only women have to face these problems?” she asked. “Are women not normal people? Just the way a man works, so does a woman. Every woman is a working woman. When will society understand that women work – at home, in offices, in fields and streets? She is not in any shape or form or circumstance lesser than a man.”

We were not at all prepared that our journey together would come to a sudden, sad end.