An RTI query was filed in Dec 2016, with a view to get detailed information on how many Aadhaar numbers have been generated with partial or partially obscure biometric data. This would give an estimate of what percentage of our population is expected to face problems with biometric authentication at a later date. As field data from the past two years suggests, authentication failure at delivery is what probably renders the entire Aadhaar programme useless.

The UIDAI could provide no such classification regarding enrolments with partial or poor quality biometrics, not even for biometric exceptions, something that is provisioned for in the Aadhaar (Enrolment and Update) Regulations, 2016. This reveals that the UIDAI is in no position to provide any useful information to a person rejected due to biometric reasons.

Also noteworthy is that no data was available on whether any Aadhaar numbers have been generated using alternative means of identification (where biometrics are absent/unusable or wrongly appear as duplicate). This corroborates the situation on the ground, where people with rejected applications have no option but to keep trying repeatedly.

Below is the text of the RTI query, followed by the responses. 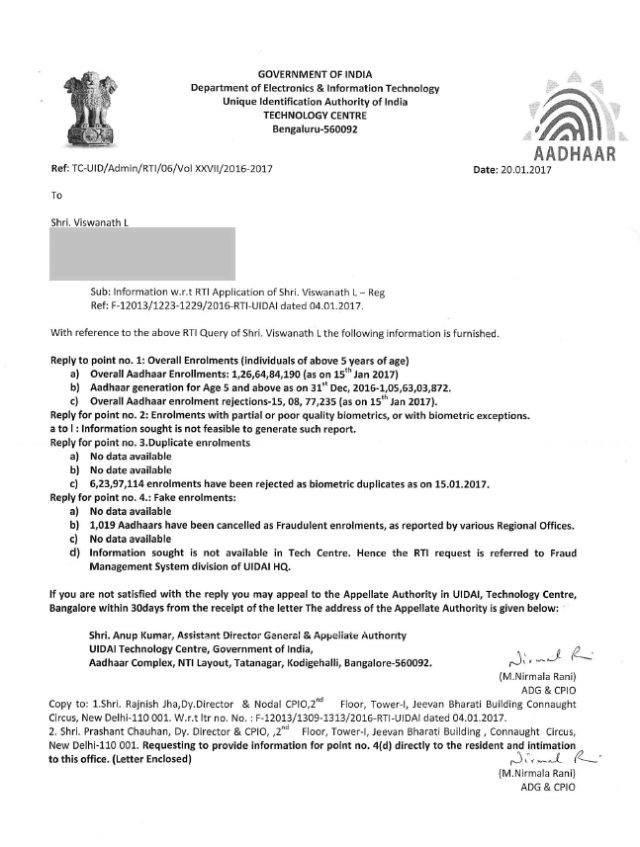