Sairat alive and well in Telangana

Nalgonda honour killing: Amrutha Varshini, who is five months pregnant, said that her family didn’t approve of her marriage with Pranay Kumar and that her father had asked her to abort the baby. 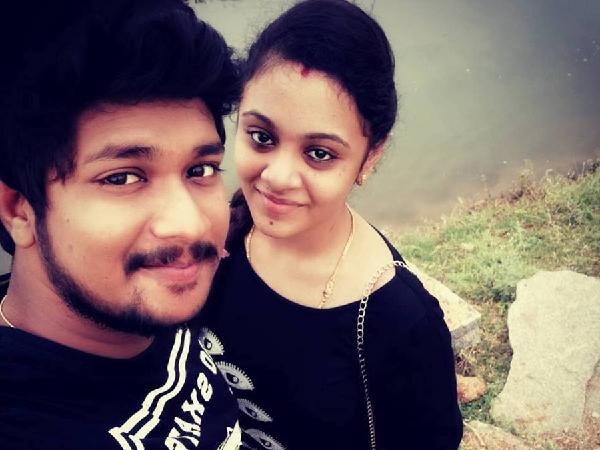 Hyderabad: Amrutha Varshini, the wife of 23-year-old Pranay Kumar, who was hacked to death in front of her at a hospital in Miryalaguda town, has alleged that her father and uncle were responsible for his murder. Amrutha, who is five months pregnant, said that her family didn’t approve of her marriage and that her father had asked her to abort the baby.

The sensational killing of the 23-year-old man in broad daylight at a hospital’s premises on Friday has sent shockwaves throughout the country. In a chilling CCTV footage of the incident, the man can be seen walking out of the hospital with his wife. Shortly after, a man with a machete attacked him, hitting him on the head.

As Pranay collapsed on the road, his attacker fled the crime scene. The police have arrested Amrutha’s father, Maruthi Rao, and uncle Shravan in connection with the alleged honour killing case. Cops reportedly believe that the two, who are in custody, might have hired a contract killer to execute the murder.

Speaking on this, the young woman said, “My father said, ‘you abort the baby now. Live with him (Pranay) for 2-3 years, after that I will accept the marriage’.” While Pranay belonged to a ‘lower caste’, 22-year-old Amrutha hailed from an ‘upper caste’ family and hence her family disapproved of their relationship.

The couple knew each other since school and had decided to get married despite their families’ opposition. The two tied the knot on January 30 at Arya Samaj office and had been living away from the girl’s family, the Times of India reported. Amrutha said that though they anticipated a threat from her family and even “went into hiding” for some time, they did not imagine that her family could plot such a “cold-blooded murder,”  NDTV quoted her as saying.

A distraught Amrutha, who has been hospitalized after the incident, said,  “I have no intention of aborting my baby. Pranay’s baby is my future. He was such a nice person. He looked after me so well, especially after I became pregnant. I don’t know why caste is so important in this time and age.”   The murder of Pranay Kumar is reminiscent of the killing of a young man in Tamil Nadu’s Tiruppur, who was murdered in front of his wife two years ago. The woman’s father and a few other relatives were later convicted in the case.