Communities raise concern that officials are at fault for culpable homocide 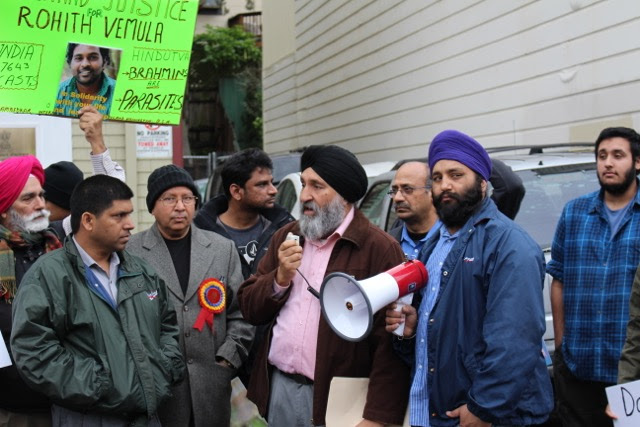 San Francisco, CA: Jan. 25, 2016 Organizations representing Indian-American interests gathered in San Francisco at the Indian Consulate on Friday to submit an official memorandum decrying government policies following the suicide of a Dalit student at the University of Hyderabad. Sharing the same sentiments and concerns, protests have already erupted throughout India to mourn the death of Rohith Vemula.

Mr. Vemula and four other members of the Ambedkar Students Association (ASA) represented a political interest in conflict with the majority Bharatiya Janata Party (BJP) and were subjected to sanctions and harassment by University officials, local government legislators, and other student leaders associated with the right-wing Hindutva organization Rashtriya Swayamsevak Sangh (RSS). Following these events, Rohith Vermula took his own life on January 17th, 2016 in a dorm room at the University of Hyderabad.  Mulnivasi Sangh, an India-based aboriginal rights organization, submitted a memorandum to the Indian President citing BJP “interference in university matters led to this series of events.”

“This incident highlights India’s historical caste apartheid which extends to modern spaces in secluding and murdering Dalits through structural oppression,” the group stated in a memorandum presented to the Indian Consulate. “We demand an end to the culture of violence under this administration that has led to heightened attacks on Dalits, Muslims, Christians, Sikhs, Buddhists, Adivasis, women, and other marginalised communities.”

The protest included testimonies from community leaders representing a dozen organizations and highlighted the challenges that minorities continue to face in India today. They held signs and chanted, “Jai Bhim,” a phrase that harkens back to the legacy of Dr. B. R. Ambedkar, Dalit leader and modern India’s founding father. Dr. Ambedkar also made the connection between Hindutva politics and the oppression of the lower-castes.

“We are here because a mother has lost her son,” says Bhajan Singh, Founding Director of the Organization for Minorities of India. “Until there is an end to caste, India will continue to murder her sons and her future.”

Protesters called for the Indian government to bring charges under the 1989 Scheduled Caste and Scheduled Tribe Prevention of Atrocities Act, for the removal of the University’s Vice Chancellor, compensation for Rohith’s family, and for the revocation of the cases pending against the other ASA students.

Concerns were also raised about the suspicious circumstances around Rohith’s death and the decision of the Hyderabad Police Department to immediately cremate his body. “His family was denied the dignity of a proper interment,” said Arvin Valmuci, Communication Director of OFMI. “It is not unusual for the Indian police to hide criminal wrongdoing by destroying evidence in hasty cremations.” 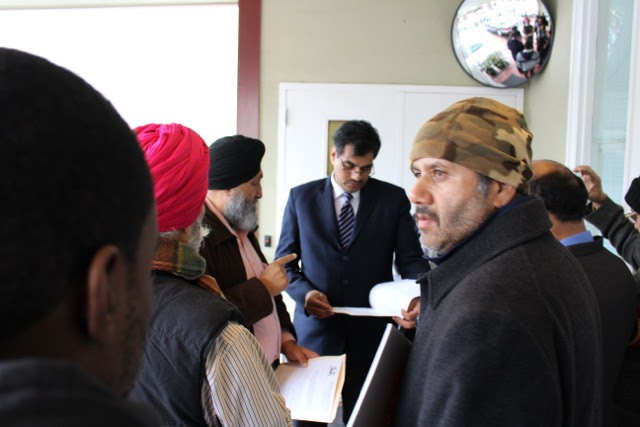 Bhajan Singh presents a memorandum to a representative from the Indian Consulate. 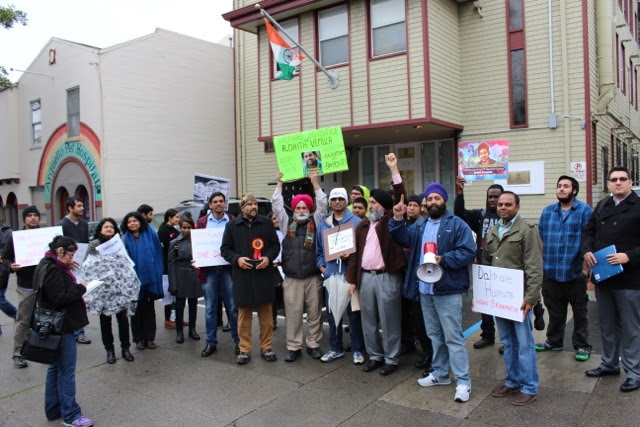 Group chants “Jai Bhim!” outside the the Indian Consulate in San Francisco, CA. 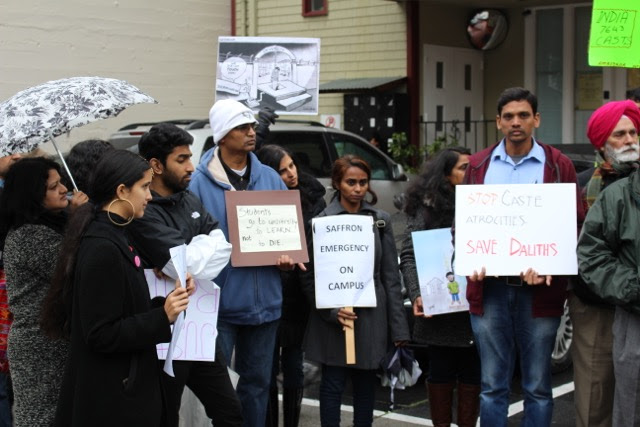 Signs call for an end to “caste atrocities” in India

Organization for Minorities of India was founded in 2006 to advance individual liberties of Christians, Buddhists, Dalits, Muslims, Sikhs, and all Mulnivasi people of South Asia by encouraging secularism, human rights, liberation of oppressed peoples, and universal human dignity.