Ever since the series came out, Sandhya Ravishankar says she has been harassed by online trolls and on the phone, receiving multiple threats of violence. 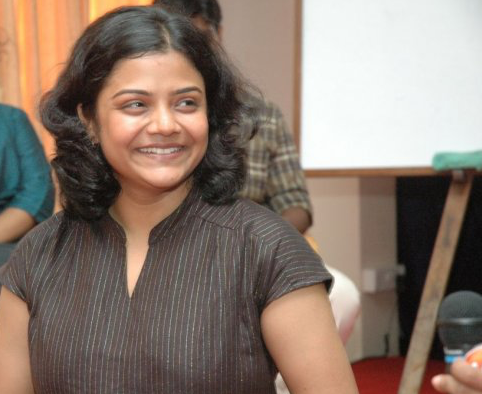 New Delhi: Chennai-based senior journalist Sandhya Ravishankar, who published a four-part series on Tamil Nadu’s sand mafia in The Wire, has alleged that she has been constantly harassed by supporters of S. Vaikundarajan (owner of the largest sand mining conglomerate in the country, who is mentioned extensively in the articles). The series, published in late January this year, documented the illegal sand mining, political collusion, and methods used to suppress competition in the south and is the outcome of four years of investigative journalism.

Ever since the series came out, Ravishankar says she has been harassed by online trolls and on the phone, receiving multiple threats of violence.

In a letter to the Press Council of India, Ravishankar has said, “I have been harassed online with trolls on social media using foul language against me, calling me a “corrupt” journalist, a “fake” journalist etc. My mobile number was published on Twitter and Facebook by the anonymous trolls supporting Mr S. Vaikundarajan, the largest beach sand miner in the country (refer to Part 03 for details about him) – my mobile number was published with a note in Tamil saying that I was “anti-Jallikattu” and asking people “not to call her”. Subsequently I received a flood of abusive and threatening calls – unknown people threatening to put chilli powder inside my private parts, threatening to beat me up and abusing me in the filthiest manner possible.” Ravishankar had mentioned some of this harassment as well as previous attempts to intimidate her in part four of the series, on her experience of writing this exposé.

Online blogs have also come up in both Tamil and English that target Ravishankar, using terms like the ‘Phoolan Devi of journalism’.

Ravishankar filed a complaint with the Chennai city police earlier this week, in addition to one with the cyber wing when her phone number was released on the internet last month.

Vaikundrajan’s legal team has also sent Ravishankar a notice saying they will be filing a defamation case against her, but the case has not been filed as of yet. According to her letter to the Press Council, Ravishankar is not the first journalist to face this kind of intimidation from the sand mafia in Tamil Nadu.

“It is a situation of great concern that a rich, powerful and politically connected man is using all means to harass, stalk and intimidate an independent journalist such as myself into not writing anything about illegal beach sand mining, which is an issue of size and scope beyond any scam the country has seen so far, with concerns over national security thrown in.

Tamil magazine Vikatan, The Hindu (Tamil) and others are also at the receiving end of the miner’s ire and false defamatory claims when they refer to the subject of illegal beach sand mining. Most mainstream newspapers and publications are afraid to write on this subject, fearing exactly such harassment and legal issues.

If this continues, I am afraid that the freedom of journalists to write on core key issues in Tamil Nadu will face a death knell. Every individual has the right to file any number of cases, of course. But slander and falsities being circulated viciously on social media and through WhatsApp are issues that cannot be dealt with easily or stopped. It will only lead to a chilling effect on every journalist who wants to take up a tricky and complicated issue that is of prime social importance and in public interest.

…Today this is happening to me. Tomorrow it could happen to any journalist in Tamil Nadu or elsewhere in the country.”