#SaveLakshadweep: Familiarise Yourselves with the Islands of Lakshadweep 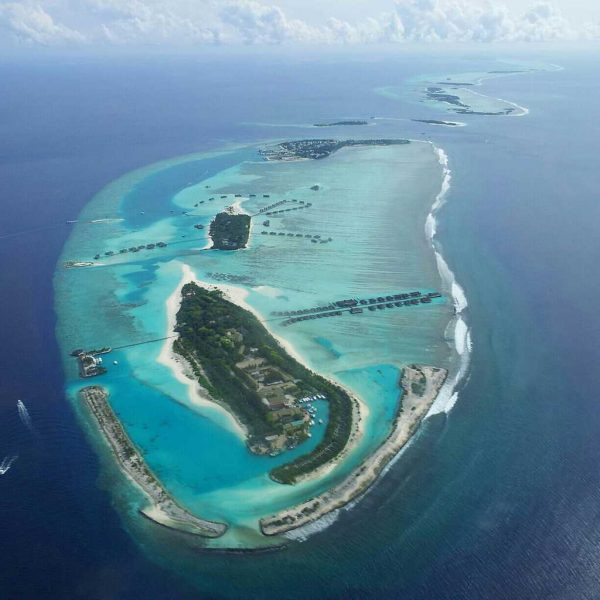 Save Lakshadweep: Familiarise Yourselves with the Islands of Lakshadweep

This article is the first in a series of three articles trying to dive deeper into the issue of Lakshadweep and the repressive policies being proposed by the newly-appointed administration. This article aims to familiarize the readers with the demography and culture of the island territory of Lakshadweep, and how the economy and administration functions.

A union territory is a type of administrative division in the Republic of India. Unlike the states of India, which have their own governments, union territories are federal territories governed, in part or in whole, by the Union Government of India. Lakshadweep is one of the eight union territories of India. Located 200-440 km off of the mainland’s south western coast, Lakshadweep is an archipelago of 35 islands, and were formerly known as Laccadive, Minicoy and Amindivi Islands.The islands used to be 36 in number but the Parali 1 island submerged in water due to sea erosion. Out of the 35 afloat islands, 10 are inhabited. Kavaratti serves as the administrative capital of the union territory. This region comes under the jurisdiction of Kerala High Court. The name Lakshadweep stands for “a hundred thousand islands” in Malayalam as well as Sanskrit.

The majority of the indigenious population is Muslim and most of them belong to the the Shafi school of the Sunni sect. The islanders are ethnically similar to Malayali people of the nearest Indian state of Kerala. Malayalam is the official as well as widely spoken language. Other languages spoken by the natives include Dhivehi, Jeseri dialect and Mahl dialect. The total population of the territory is 64,429 according to the 2011 census. Agatti has an airport with direct flights from Kochi.

On 1 November 1956, during the reorganization of Indian states, the Lakshadweep islands were separated from Malabar District and organised into a separate union territory for administrative purposes. The new territory was called Laccadive, Minicoy, and Amindivi Islands before adopting the Lakshadweep name on 1 November 1973. The headquarters of the new union territory remained at Kozhikode for nearly a decade until 1964.  In 1964, the seat of administrator of the islands was shifted to Kavaratti.

The islands constitute a single Indian district, and are governed by an administrator appointed by the President of India under article 239 of the constitution. The current administrator is Praful Khoda Patel. There are ten sub-divisions of the territory. In Minicoy and Agatti the Sub Division is under a Deputy Collector while in the remaining eight islands developmental activities are coordinated by Sub Divisional Officers. The Collector cum Development Commissioner who is also the District Magistrate oversees matters coming under district administration, such as revenue, land settlement, law and order. The District Magistrate is assisted by one Additional District Magistrate and Ten Executive Magistrates with respect to enforcement of law and order. Administrator in his capacity as Inspector General of Lakshadweep Police has command and control of the Lakshadweep Police. The Administration Secretariat is in Kavaratti.  For the judiciary, the union territory corresponds to the Kerala High Court at Kochi along with a system of lower courts. The territory elects one member to the lower house of the Indian parliament, the Lok Sabha.

Fishing: Fishing also forms a major segment of the territory’s economy, with tuna as the primary catch.  Freshly caught tuna is processed by drying it in the sun after cooking and smoking. The resultant product, known as ‘mas’, are popular products exported from these islands to southeast Asian countries. Eleven workshops in the islands and two boat building yards cater to the needs of fishermen. There are 375 boats in operation in Lakshadweep. Many fishermen continue an ancient tradition of skilled navigation. Some still sail between the islands and the Indian mainland in distinctive craft called odam.

Agriculture: Coconut palms are the agricultural mainstay of Lakshadweep. Copra is produced and exported to the mainland. In some places the underlying coral has been excised and the tracts fertilized with organic matter, which has allowed the cultivation of bananas, vegetables, edible root crops, and millet.

Tourism: Although the government of Lakshadweep promotes tourism, the industry is closely monitored to guard against negative environmental impact. Permits are needed to visit the territory. Government-sponsored tour packages are available. However, certain new regulations proposed by the newly appointed Administrator Patel, aims to expand the tourism sector, something that the next article in this series would focus on.

Kractivist’s campaign stands in support of #SaveLakshadweep. It is important for the readers to refer to the upcoming articles on this subject in order to enlighten themselves with the problems that citizens of Lakshadweep are going through. We demand the government to take cognisance of the demands of the residents, locals and experts and take back the arbitrary regulations that threaten the cultural, socio-political and ecological fabric of Lakshadweep.

We stand by the people of Lakshadweep and attempt to amplify their demands with a twitter storm on Monday , 28th June from 5 pm to 8 pm. Join us in our efforts to keep the national and global attention on Lakshadweep.