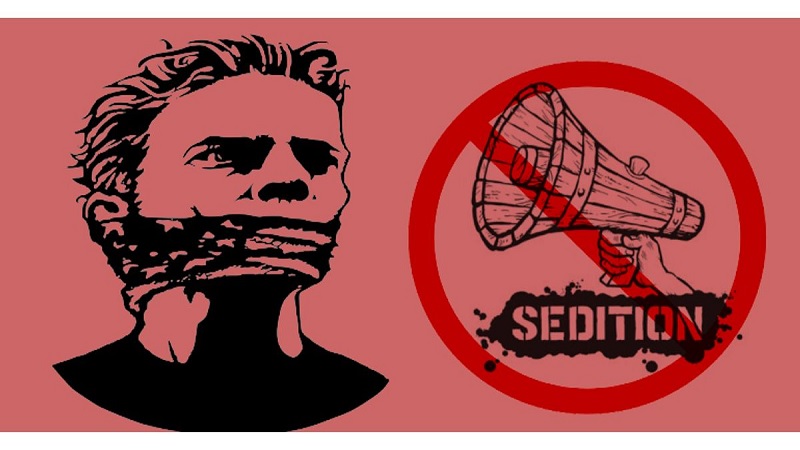 THE Supreme Court Wednesday asked S.G. Vombatkere, the petitioner, who has challenged the constitutional validity of Section 124A[Sedition] of the Indian Penal Code(IPC) to serve a copy of his petition to the Attorney General of India(AGI).

This development came in the wake of a petition filed by S.G. Vombatkere, a retired army officer in the rank of Major-General (Retd.) Vombatkere is also a recipient of the Vishishta Seva Medal from the President of India for his distinguished service in Ladakh.

In his petition, Vombatkere has contended that Section 124A of the IPC is wholly unconstitutional.

“A statute criminalising expression based on unconstitutionally vague definitions of ‘disaffection towards Government’ etc. is an unreasonable restriction on the fundamental right to free expression guaranteed under Article 19(1)(a) and causes a constitutionally impermissible ‘Chilling Effect’ on speech”, Vombatkere contends.

The petition filed through Advocate-on-Record Prasanna S contends that the reasoning employed in the five-judge bench decision in the Kedar Nath Singh v. State of Bihar(1962) to uphold the sedition law has stood overruled by the development of both domestic fundamental rights jurisprudence, as well as international human rights jurisprudence.

The plea adds that the reading down of Section 124A in the Kedar Nath Singh case has not served the purpose and as the recent surge in the filing of sedition cases indicates, to ensure that the criminal process is not used to chill the free expression of citizens – particularly political expression critical of or against the government that is for the time being in power, it is imperative that a more effective judicial tool is employed i.e. the unambiguous striking down of the provision and to declare that all pending proceedings in respect of sedition stand closed.

In a similar petition filed by journalists Kishorechandra Wangkhemcha from Manipur and Kanhaiya Lal Shukla from Chhattisgarh, the top court on April 30 agreed to examine the validity of the sedition law and issued notice to the Central Government as well as the Attorney General for India.

In the Kedarnath case, the top court had upheld the validity of the sedition law although it had narrowed down its scope and held “comments, however strongly worded, expressing disapprobation of actions of the Government, without exciting those feelings which generate the inclination to cause public disorder by acts of violence” was not sedition.

In 2016, the Supreme court reminded the authorities to be guided by the principles laid down in the Kedarnath case while dealing with sedition cases. Despite that, governments have been using the law to curb dissent.