SC ought to have stayed farm laws: They are Unconstitutional – All India Kisan Sabha 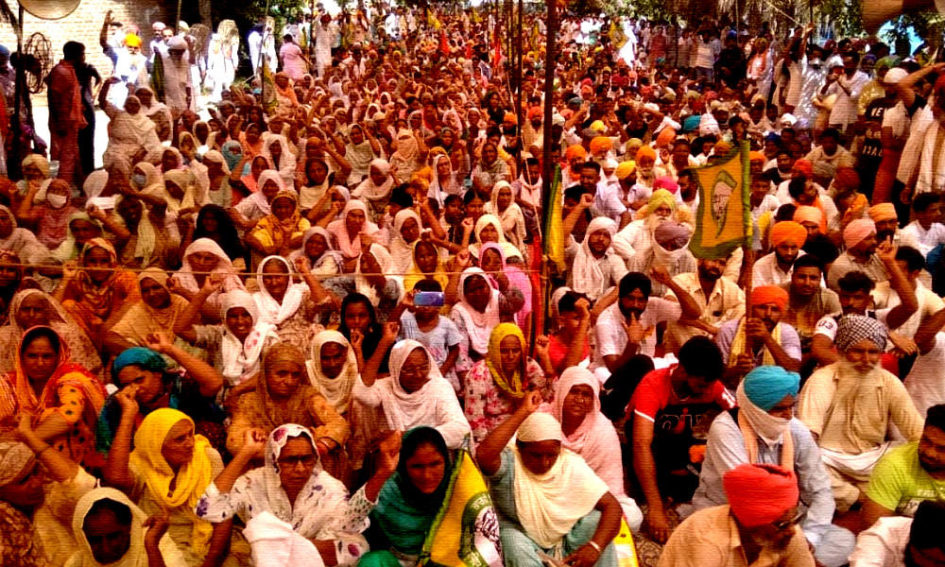 All India Kisan Sabha (AIKS), one of the constituent organisations of the farmers’ coalition that is carrying out protests in the national capital region of Delhi against the central government’s recent farm bills has said the Supreme Court’s directive to allow farmers to exercise their right to protest peacefully alone may not resolve the current deadlock.

“Considering the humanitarian aspect of lakhs of farmers sitting day and night beneath the open sky braving the intensifying cold, the Supreme Court ought to have stayed the three farm laws and allowed the government and farmers to talk on fixed agenda and try and resolve the issue,” AIKS leaders say at a press conference in Delhi today.

AIKS points out that a stay on the farm laws would have been the constructive role expected from the SC to resolve the deadlock, since the Narendra Modi government is adamant on putting the corporate-MNC interests above those of the peasantry and the nation.

The organisation says that peasant struggles and the agrarian crisis which have taken the toll of suicides to around five lakh farmers since 1995 had been brought to the notice of the SC in the past too, but the court did not act on it to ensure justice. “The petition for MSP was disposed off in 2017 with the stand taken by the SC that it is for the government to take action on policy; the court cannot pass any order.”

Similarly, AIKS said a case against farmer suicide in the Supreme Court has been pending since 2014. “In the meanwhile, 2 lakh farmers have been killed and in that case also the SC position is that it is the prerogative of executive and the court cannot interfere.  On the three farm laws also several cases have been filed since September 2020 but there was no hearing so far, no interim order and the SC has been sitting tight on this urgent plea of farmers,” AIKS leaders say.

The association alleges that the Union Government brought the three farm acts without adhering to any Parliamentary democratic practices and norms. “There was no parliamentary committee formed and no sitting took place with stakeholders including Kisan organisations and state governments though agriculture, intra-state trade and industry come under state list of the Constitution of India. The SC has to decide the legality and validity of the laws and the petition of the Rajya Sabha member, Tiruchi Siva is pending before the SC with the appeal to strike-down the 3 farm acts as being unconstitutional, illegal and void,” they say.

Incidentally, none of the agitating farmer organisations have moved the SC seeking its intervention, since the issue needs to be resolved by the executive. The idea of a committee was mooted right at the beginning by the government in the first round of discussion itself. However, farmers had rejected it. “AIKS is of the opinion that formation of any committee as per the SC order is relevant only after the pro-corporate, anti-farmer laws are repealed by the Modi Government. It is for the Union Government to resolve the issue by undertaking wide consultation with Kisan organisations and state governments; however, as observed by the SC, the Union Government is failing in fulfilling this task,” they add.