Responding to a plea by Nandini Sundar for the quashing of “malicious” FIR, the Supreme Court issued notice to the Chhattisgarh government. 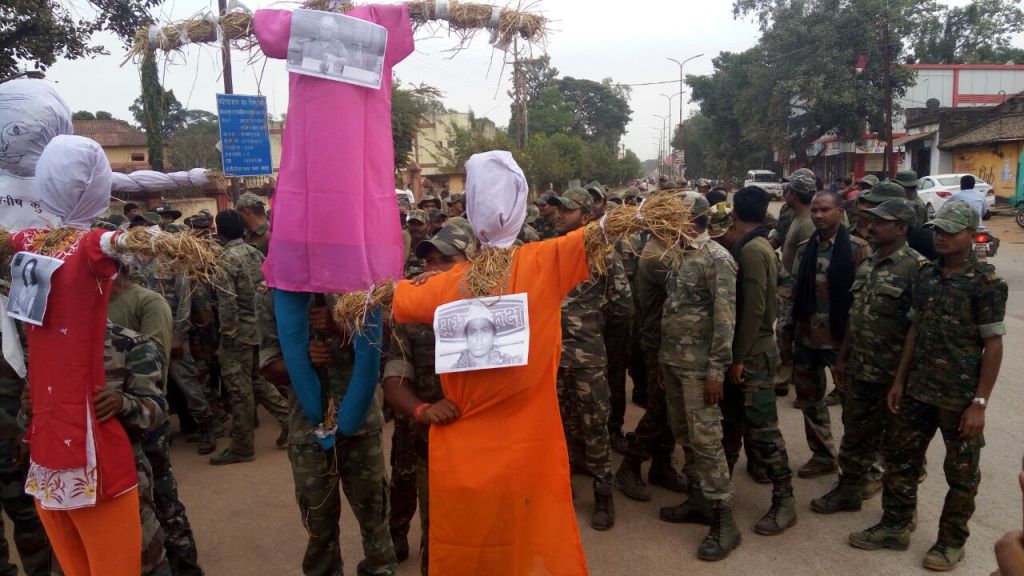 New Delhi: The police tactic of keeping the sword of arrest hanging over the head of rights activists came in for questioning on Tuesday with the Supreme Court asking the Chhattisgarh government what it had done in the past two years to actually investigate a crime it claimed the academic Nandini Sundar and others had committed.

In response to an application filed by Sundar asking for her name and that of five others to be dropped from an FIR filed in November 2016, the bench of Justices Madan Lokur, Abdul Nazeer and Deepak Gupta issued notice to the state government, asking it to respond with an account of what it had done so far in the case and how it intended to proceed.

Based supposedly on a complaint by the wife of a man, Shamnath Baghel, killed by suspected Naxals in Nama village under Kumakoleng panchayat in Bastar on November 4, 2016, the Chhattisgarh police filed an FIR for murder, rioting and criminal conspiracy against Sundar, who is a professor at Delhi University, JNU professor Archana Prasad, Vineet Tiwari of the CPI-led Joshi Adhikari Research Centre, Chhattisgarh CPI-M state secretary Sanjay Parate, Manju Kawasi, sarpanch of Gupidi village and Mangalram Karma.

In the alleged written statement of the wife, she named all the men who came to her house that night. The Maoist commander, Sanju, apparently told her husband that they were killing him because he had ignored the exhortation of Nandini Sundar and others when they visited the village in June to support the Maoists. Instead, he had been part of the ‘tangiya gang’ which was formed to oppose the Maoists.

The wife, however, told an NDTV correspondent on camera that she had never named anyone. She also said she did not recognise the attackers.

Vimla Baghel had just delivered a baby when her husband was murdered and was unlikely to be in a position to walk 14 km to the police station to the kind of statement the police said she did. She has subsequently been given a job in the police.

Nandini Sundar and others had visited Nama village in May 2016, and produced a fact-finding report which was critical of both the Maoists and police.

On November 15, 2016,  the Supreme Court had recorded that “Learned Additional Solicitor General says that the following persons will neither be arrested nor investigations conducted against them pursuant to the FIR registered at Tongpal Police Station on November 4, 2016.” The order adds, “In case, there is an intention to carry out investigation in respect of these six persons in future, at least four weeks notice will be given to them. Liberty is granted to the above-mentioned persons to approach this Court.”

On Tuesday, Ashok Desai, appearing for Sundar, contended that since the state had found no material over the last two years to implicate her and the others, and had not investigated them, their names should be dropped from the FIR. Tushar Mehta, solicitor general, said that the police had a Section 164 statement and had made some headway with the investigation.

Justice Lokur said the court could not quash an FIR ex-parte, which is what deletion of the names would amount to, and issued notice to the Chhattisgarh government to file an affidavit within three weeks stating what they had done over the last two years and what they proposed to do.

Justice Deepak Gupta added: “It cannot be like this. You have not done anything for past two years. You cannot just wake up one fine day and say you are investigating the case. You cannot keep the sword of FIR pending against anyone for indefinite period. It will be better if you file a report”.

At the time the FIR was filed, it was criticised as a vindictive move by the police. The FIR came close on the heels of the CBI’s chargesheet in October 2016 against seven SPOs for an operation involving arson in Tadmetla, Timapuram and Morpalli villages, headed by IG Bastar, S.R.P. Kalluri. Immediately after the chargesheet was filed, the police burnt effigies of Sundar and others, and attacked a press conference by Manish Kunjam, co-petitioner in the Supreme Court, and leader of the Adivasi Mahasabha, based in Sukma.

Most recently, leaked documents from the CBI suggest that even the CBI chargesheet was deliberately diluted to save Kalluri, and point to significant problems within the Chhattisgarh police.

Sundar is the lead petitioner in a case against Chhattisgarh for human rights violations. In 2011, the Supreme Court banned Salwa Judum and state support for vigilantes, and ordered the disbanding of armed Special Police Officers (SPOs). The matter had come up for final hearing, had been argued by counsel Nitya Ramakrishnan and was part-heard. It could not, however, be taken up on Tuesday due to the changed composition of the bench, and will now be heard by a new bench, after Justice Lokur retires.