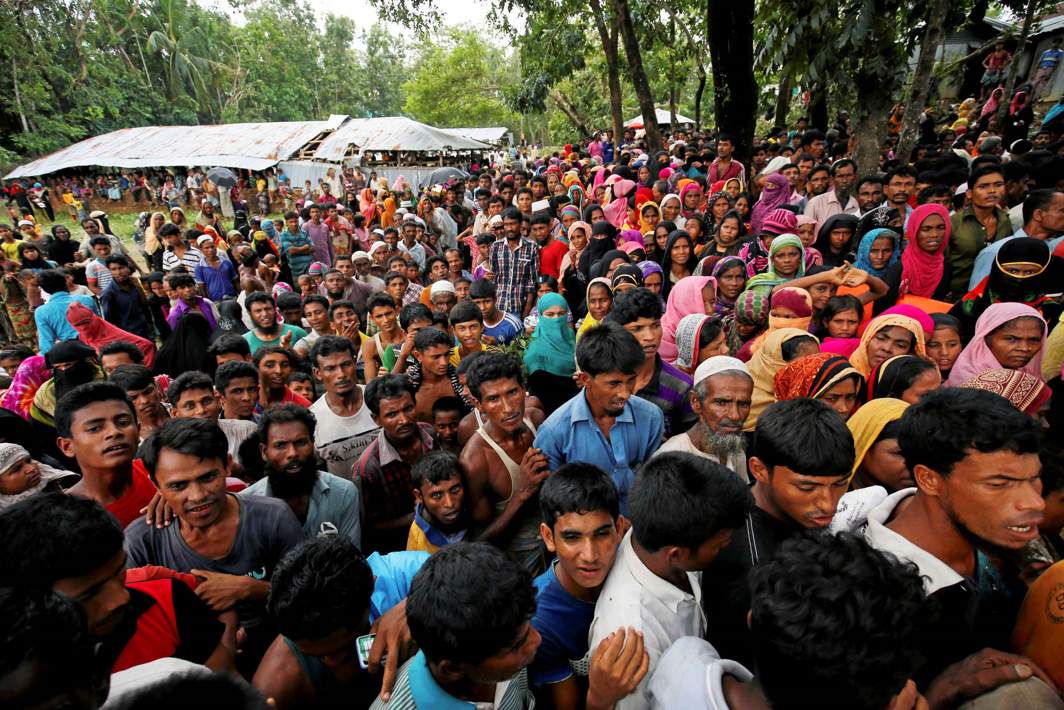 Above: The Rohingyas are an ethnic minority group in the Rakhine state of Myanmar, but are not recognized as citizens by the Myanmar government. Photo: UNI

The Supreme Court, today, in response to Senior Advocate Prashant Bhushan’s plea challenging the deportation decision of Rohingya Muslim refugees, has agreed to hear the matter on Monday, September 4.

A bench comprising Chief Justice Dipak Misra and Justices AM Khanwilkar and DY Chandrachud will hear the plea challenging the deportation on the grounds that the move is in violation of international human rights conventions and the lives of the refugees would be in great danger if they are sent back to Myanmar.

The Rohingyas are an ethnic minority group in the Rakhine state of Myanmar, but are not recognized as citizens by the Myanmar government. They are described as “one of the most persecuted minorities in the world”. Rohingyas, after being chased down by the military, had fled to neighbouring countries such as Bangladesh, Thailand, Malaysia and India. In India, they are living in different parts of Delhi, Jammu, Rajasthan, Hyderabad, etc.

The Indian government, however, does not sympathise with them as refugees and had announced their deportation citing security threats. The Union home ministry had directed all states to “identify and deport” Rohingya Muslims.

There are around 16,000 Rohingya refugees who have been issued identity cards from the United Nations High Commissioner for Refugees (UNHCR). The government, however, will not give any special consideration to the refugees holding UNHCR ID cards. The Union minister of state for home affairs Kiren Rijiju, in an interview, had stated such UNHCR registrations were irrelevant. He reiterated the fact that India is not a signatory to any of the Refugee Conventions and therefore is not bound to host the Rohingyas.

“They are doing it, we can’t stop them from registering. But we are not signatory to the accord on refugees,” he said.

India is being criticised by national and international human rights groups over its move. The UNHCR India also called out to the government over its inhumane step and also reminded that even if the country is not a signatory to the Refugee convention, yet as per the principle of non-refoulement—not sending refugees to a place where they fear persecution—it cannot send Rohingyas back to Myanmar.

The government, however, took no positive note from the criticism. Instead, Rijiju lashed out at human rights groups and told them not to “demonise” India. He went on to say that India “is not going to shoot” the Rohingya refugees or “throw them in the ocean”.

The plea filed by two Rohingya immigrants that they were facing persecution in Myanmar and that the decision to send them back was in violation of various international conventions.

On 18 August, the National Human Rights Commission (NHRC) had issued notice to the Centre over its plan to deport the Rohingya immigrants, who are residing in various parts of India